Order: Cross the Border (Prikaz: pereyti granitsu) is a Soviet 1982 war movie directed by Yuri Ivanchuk. The story takes place in Manchuria during the Soviet-Japanese war in August 1945. This movie is the second part of duology; the first part, Order: Don't Open Fire (Prikaz: ogon ne otkryvat), was filmed in 1981.

The following weapons are seen in the movie Order: Cross the Border (Prikaz: pereyti granitsu): 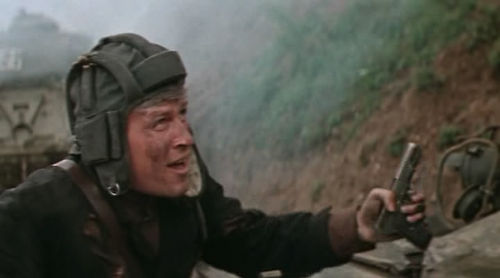 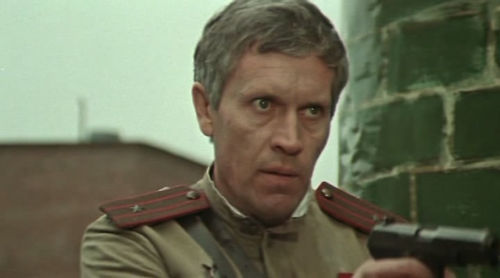 Most Soviet soldiers are armed with PPSh-41 submachine guns with drum magazines. 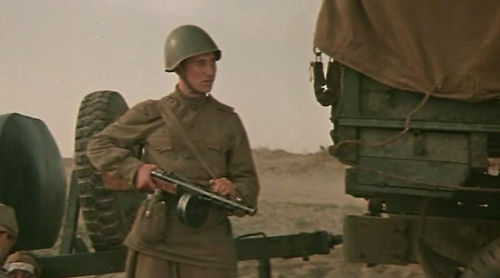 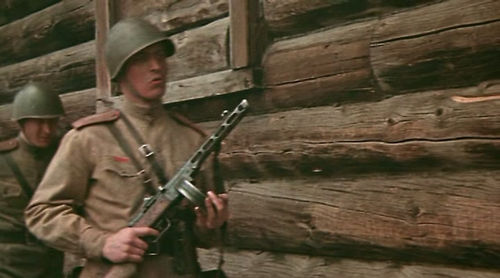 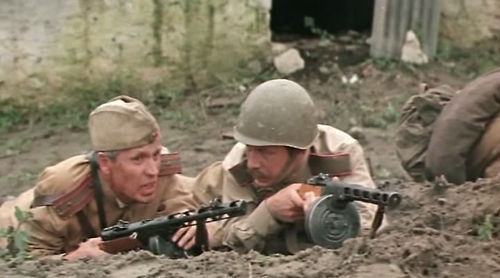 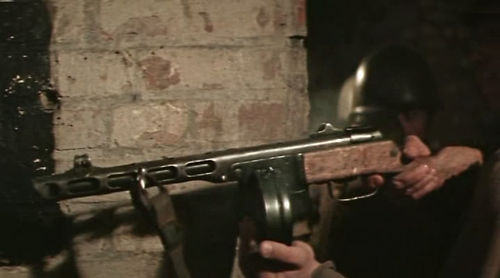 Japanese soldiers are armed with rifles with long bayonets. The rifles are seen very blurry so they cannot be identified. 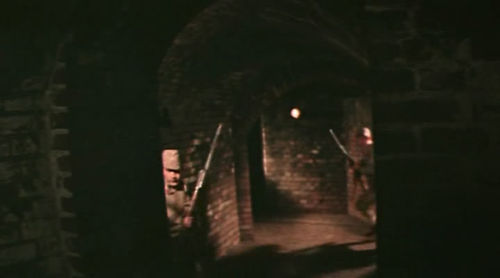 Japanese soldiers with rifles are seen during the fight in Japanese underground fortification. 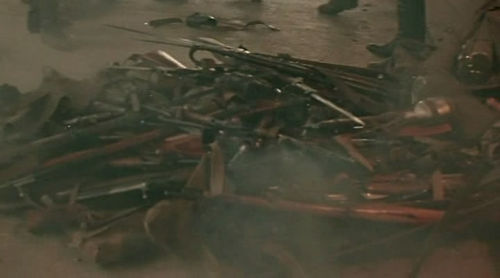 A pile of Japanese rifles. 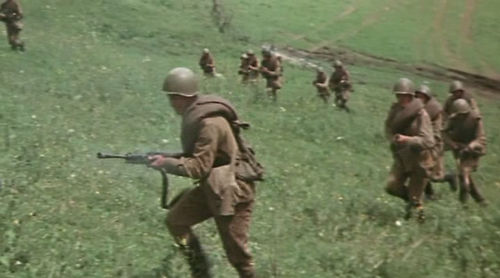 Soviet soldier with DP-28 in attack. 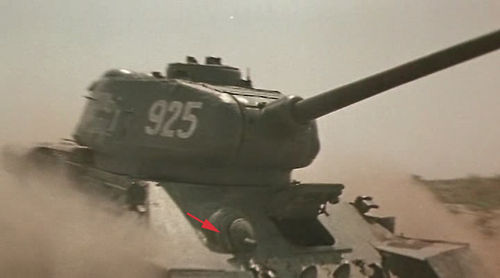 A front DT is seen. 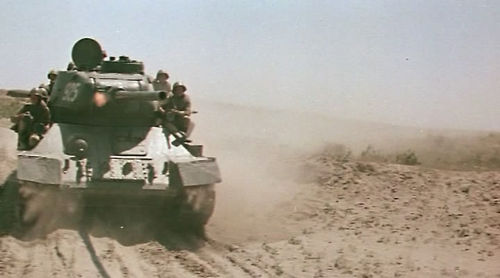 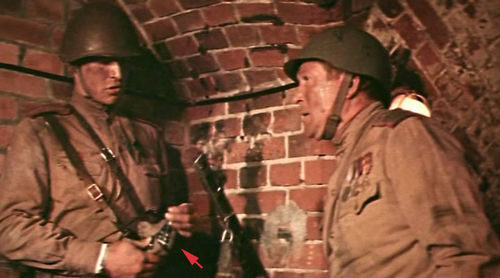 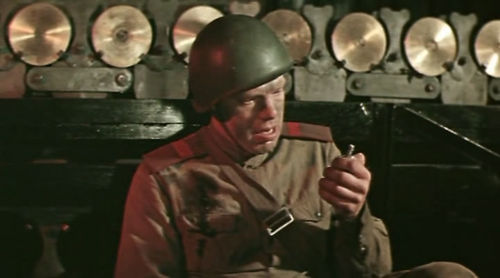 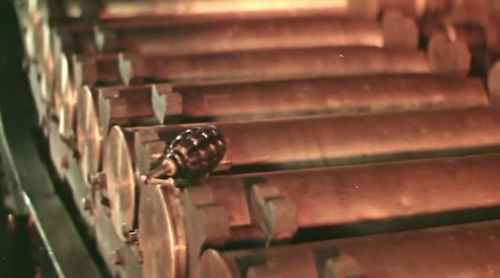 A bundle of RKG-3 anti-tank grenades is used by Soviet soldiers to destroy the Japanese pillbox. This is a training version of RKG-3. 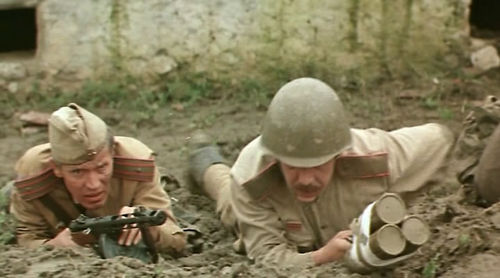 Ivan Fedotovich (Valeri Ryzhakov) holds a bundle of RKG-3 grenades. Next to him is Major Tikhonov (Vladlen Biryukov) with PPSh-41. 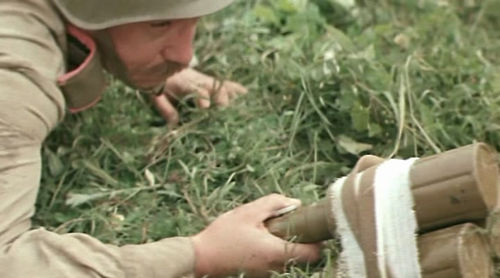 A close view at the bundle of RKG-3 grenades. 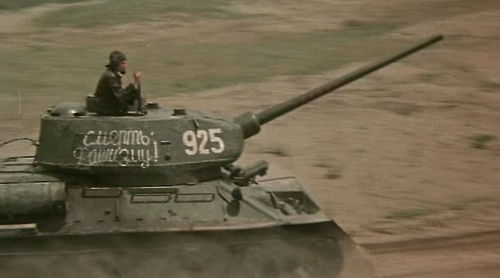 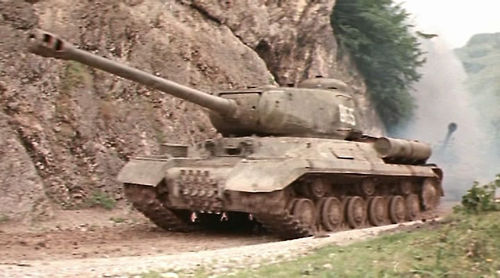