Operation Caviar (alternative title: It doesn't always have to be caviar) is a 1961 German-French adaptation of the novel of the same name by Johannes Mario Simmel. Thomas Lieven, a dutiful employee of a London bank, would have preferred to pursue his passion as a hobby cook at home, rather than bringing seemingly harmless bank documents to Berlin on behalf of his boss. As soon as they arrived in Germany, the completely puzzled Thomas was forced to cooperate by the counterintelligence agency and the Gestapo and sent to Paris with a fake passport. Back in London, Secret Service agents are already waiting for the supposed French double agent.

The following weapons were used in the film Operation Caviar: 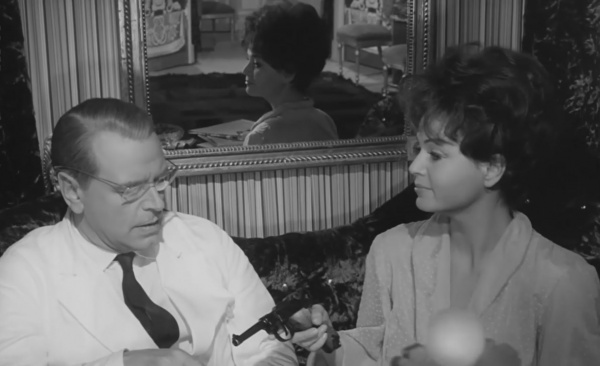 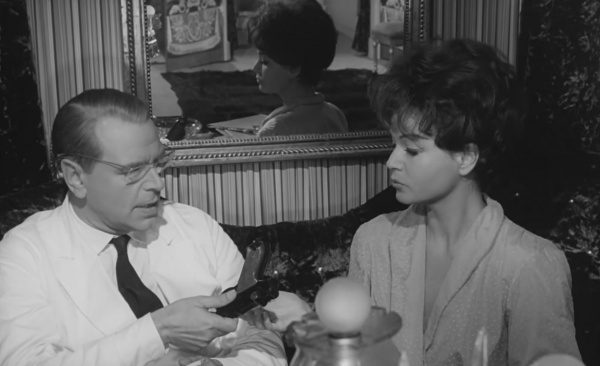 The Luger in Thomas' hand.

The Dreyse Model 1907 pistol is used by Chantal (Senta Berger), but is taken away by Thomas. 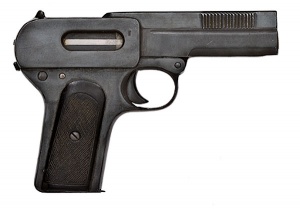 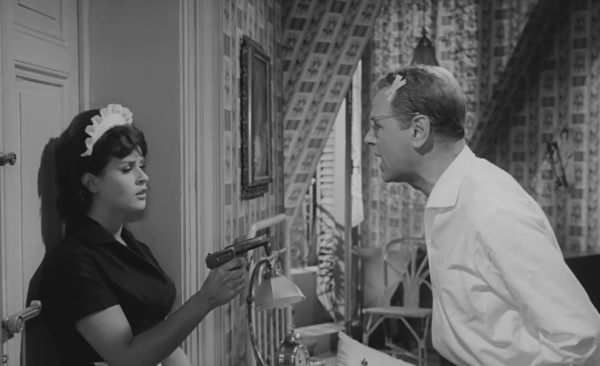 Chantal confronts Thomas with her Dreyse. 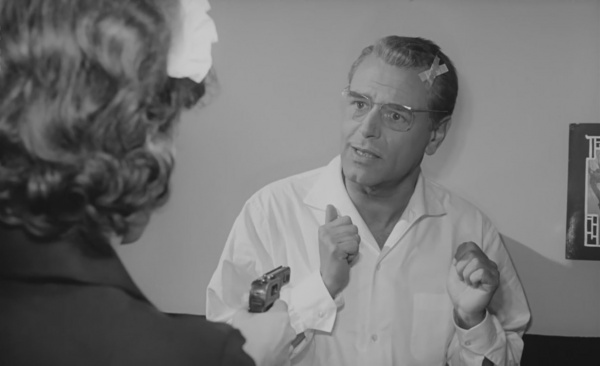 Rear view of her pistol. 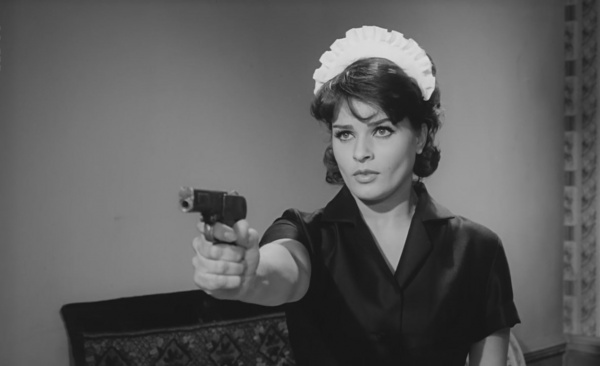 Thomas gives rise to shoot him. 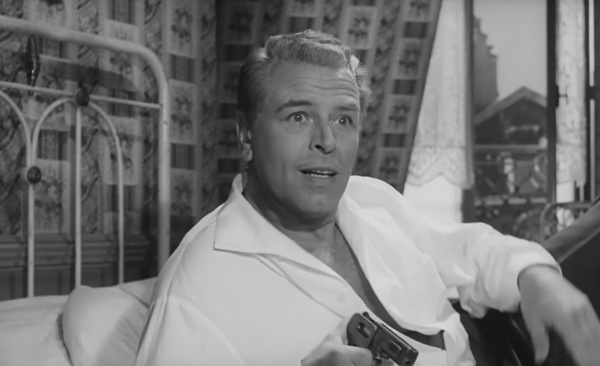 After disarming Chantal, Thomas is now in control of the Dreyse. 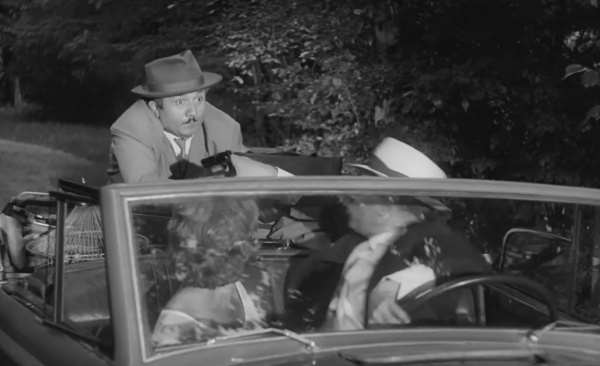 Siméon holds the pistol during the encounter of German forces. 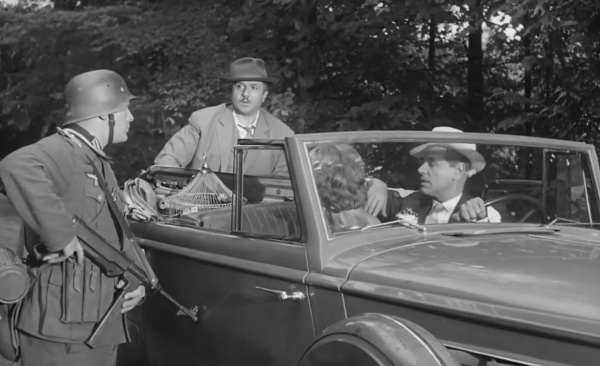 A German Leutnant with his MP. 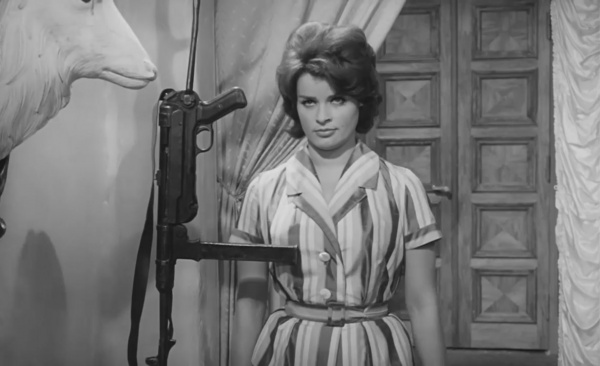 An MP40 hanging next to Chantal. 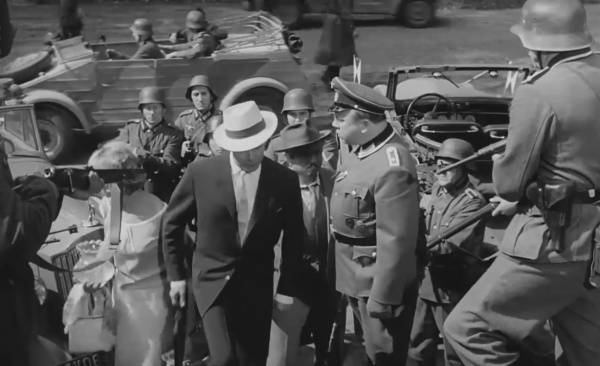 The soldier on the left points his carbine at Thomas. Note the typical Steyr striker and turned bolt handle with the Kropatschek receiver. 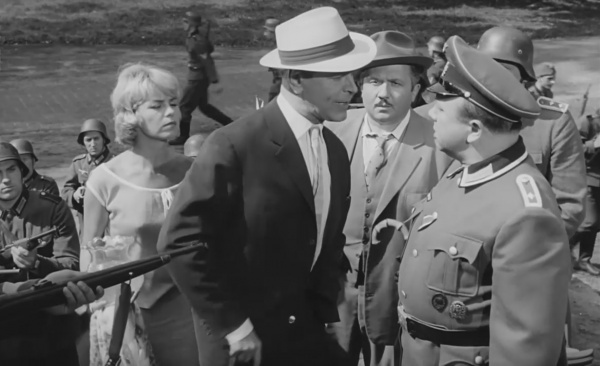 A closer look of the barrel of the same carbine shows the sling slot. 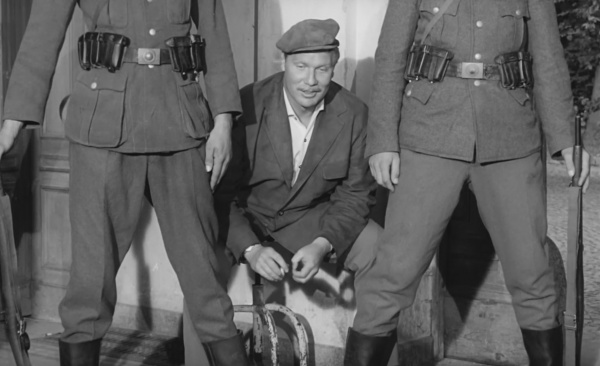 A Carcano M91/38 Cavalry Carbine is held by one German soldier. 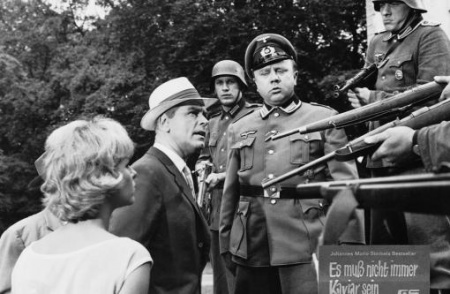 O. W. Fischer facing the German soldiers on a promotional picture. Note the lack of the folding bayonet.

The soldier holding the Carcano can be seen in the background on the left.

Another German is seen with what appears to be a Vetterli Model 1870/87/15 rifle. 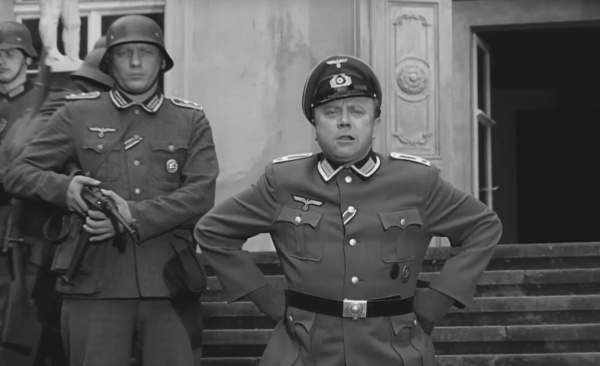 A blurred view on the left shows, nevertheless, the bolt action mechanism, trigger guard, and the upper front barrel band as the soldier walks by Sgt. Zumbusch (Werner Peters).

Several German soldiers can also be seen with unknown rifles. 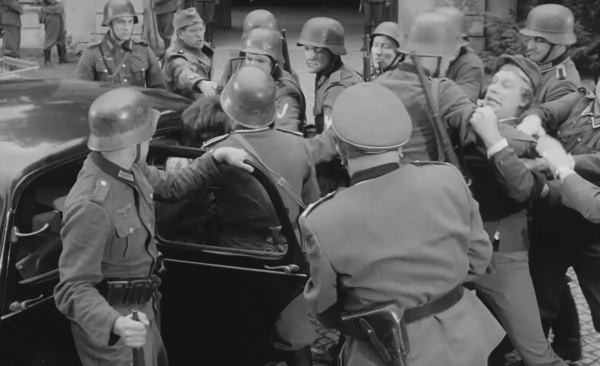 The soldier struggling with Bastian on the right with a rifle over his back. 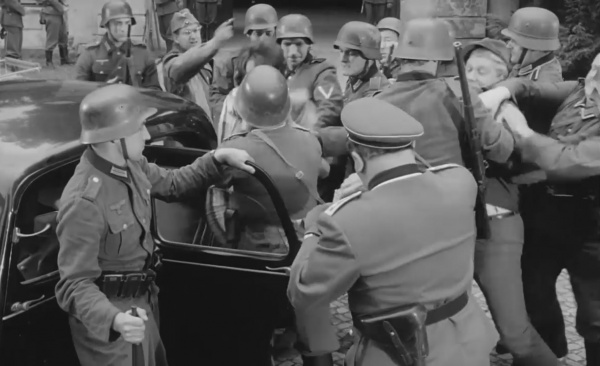 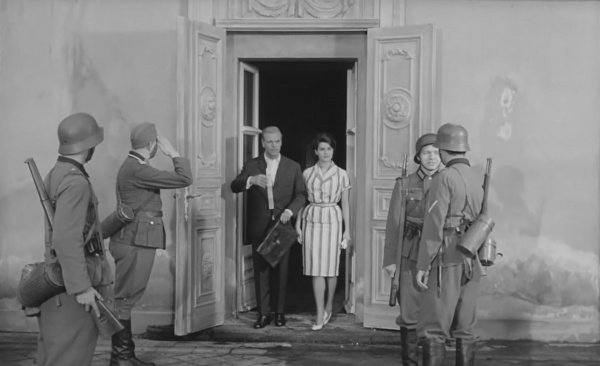 The same rifle seen on the left and two soldiers on the right with short Mauser rifles. 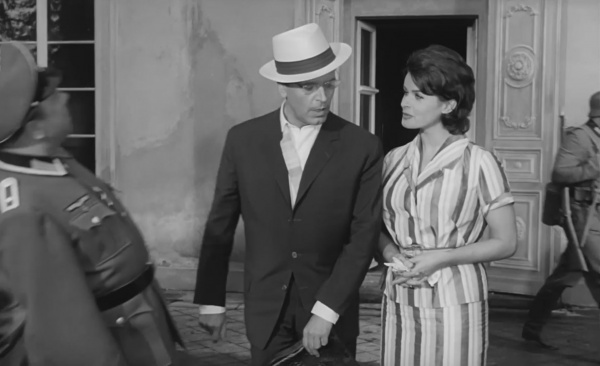 Another short Mauser rifle carried by the soldier on the right. 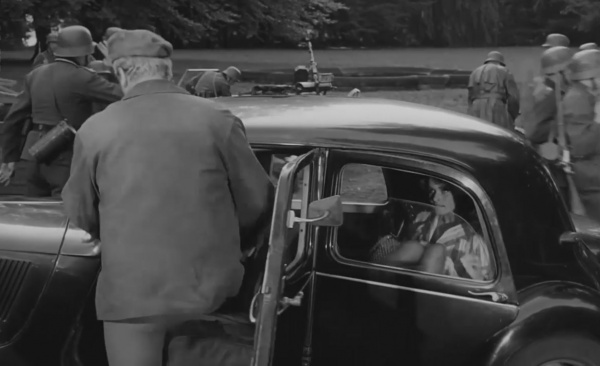 A percussion lock (?) rifle on the right.

An MG34 is mounted on a Volkswagen Type 166 Schwimmwagen car. 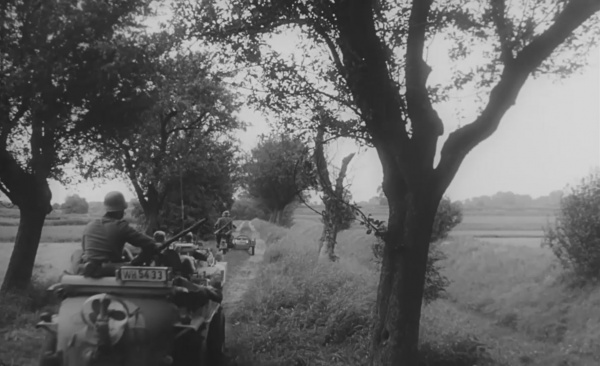 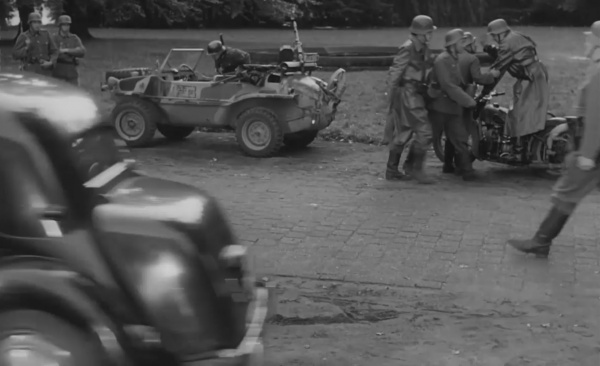 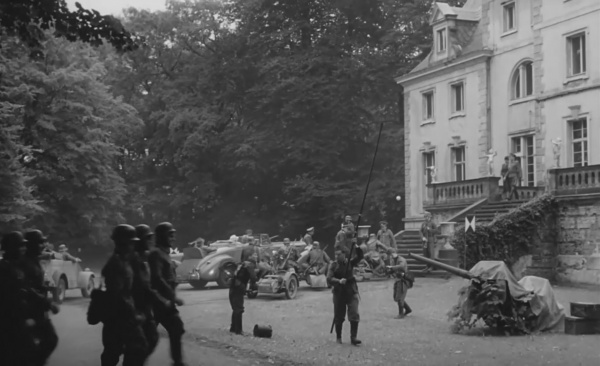 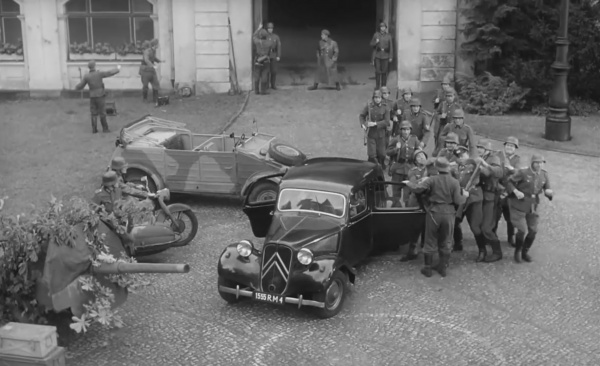