On Kiev Direction (original title Na kievskom napravlyenii) is a 1968 Soviet war drama directed by Vladimir Denisenko. The movie depicts the Battle of Kiev in the first months of German invasion in USSR, seen through the eyes of brothers Andrey, Aleksey and Ivan Slavuta.

The following weapons were used in the film On Kiev Direction (Na kievskom napravlyenii): 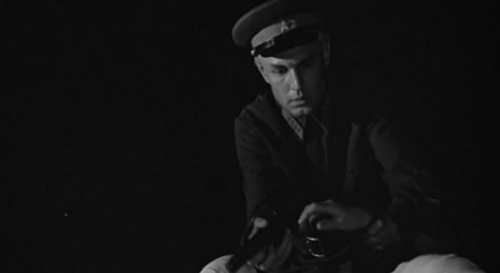 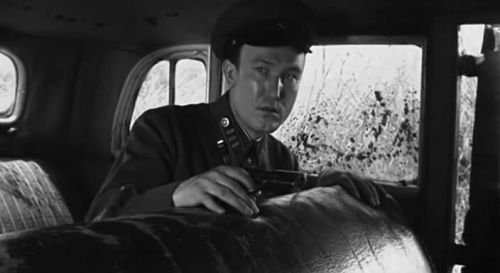 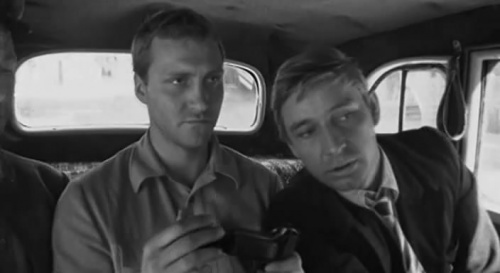 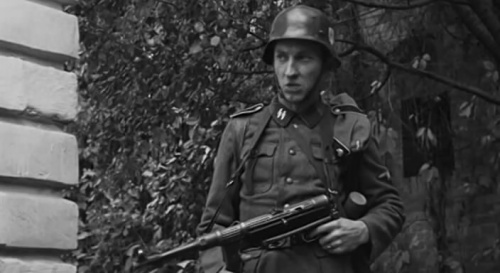 A German soldier with MP38 and Model 24 Stielhandgranate. 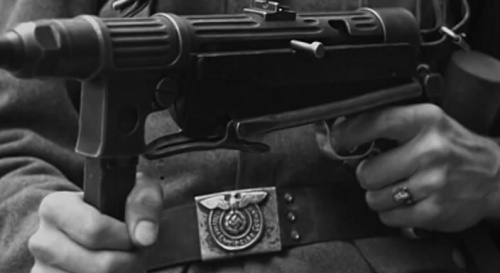 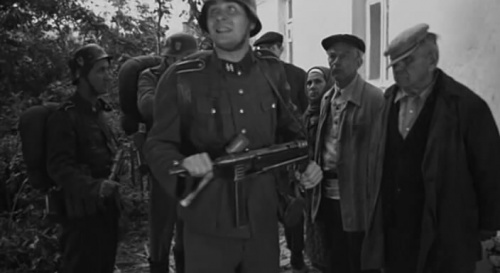 Another German soldier with MP38 and Model 24 grenade.

Mosin Nagant M1891/30 rifles are seen in hands of Soviet soldiers and civilian volunteers. In one scene a group of Soviet generals arm themselves with M91/30 rifles during the break out of the encirclement. 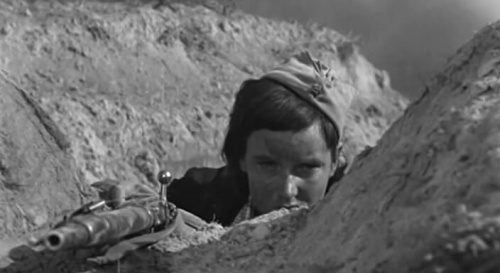 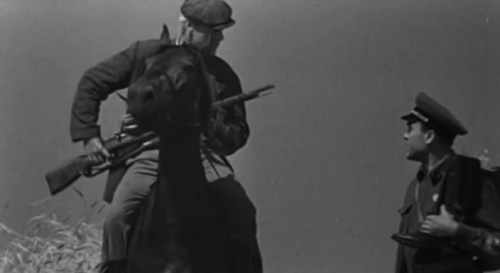 Pavel Revenko (Viktor Miroshnichenko) on horse with an M91/30 rifle. 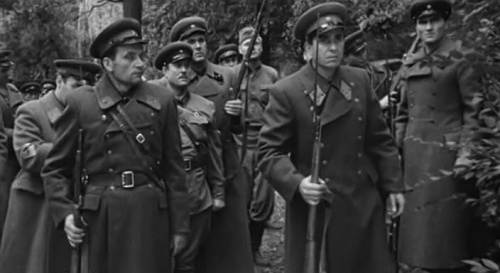 A group of Soviet generals with M91/30 rifles, including the commander of the front Gen. Mikhail Kirponos (Konstantin Stepankov) (at the right) and his chief of staff Gen. Vasiliy Tupikov (Mikhail Derzhavin) (at the left). 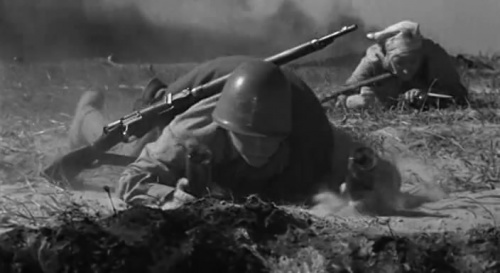 A soldier with M1891 Dragoon rifle and two incendiary bottles. 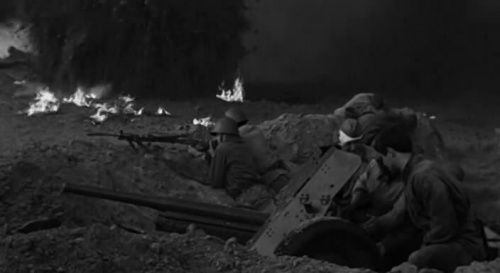 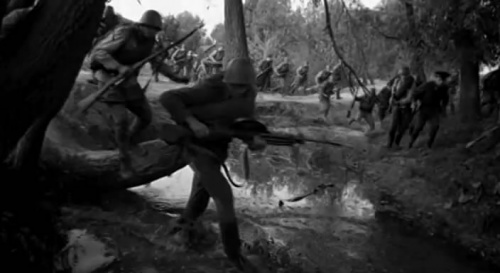 A soldier carries a DP-27 during the march through the forest. 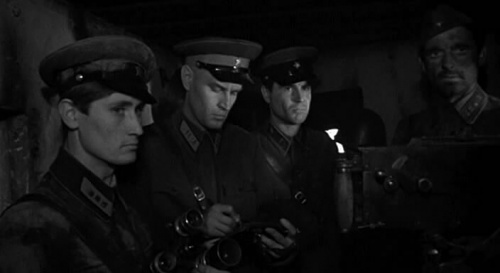 A Maxim is mounted in a pillbox. 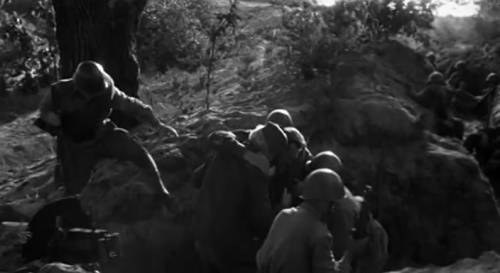 A Maxim (at the left) is seen in trench. 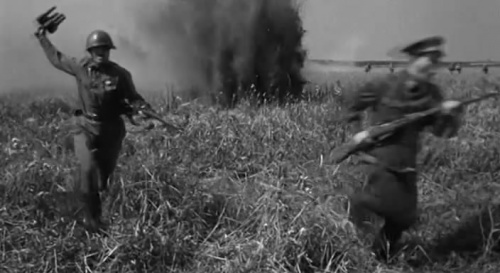 Pvt. Akhmetov (Ruslan Akhmetov) in attack with M91/30 rifle and a bundle of RGD-33 grenades. 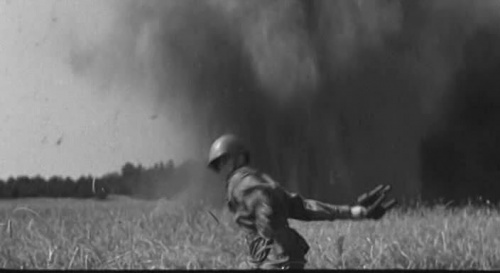 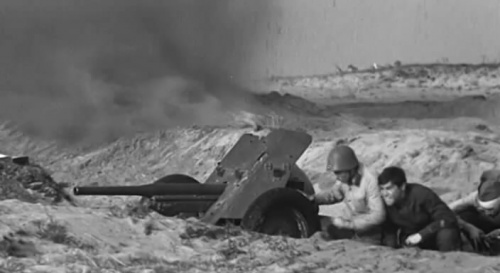 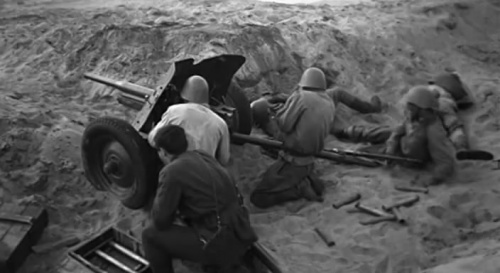 The crew of AT gun repels the attack of German tanks. 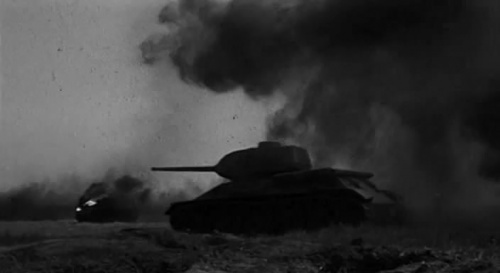 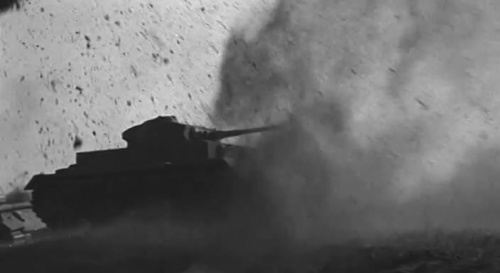 A German Panzer III in attack. 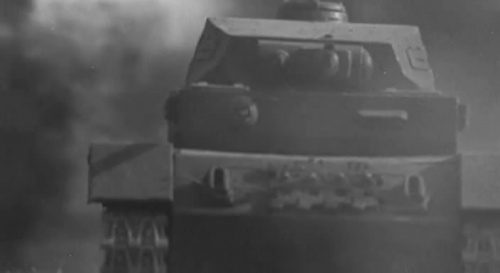 A frontal view of Panzer III.
Retrieved from "https://www.imfdb.org/index.php?title=On_Kiev_Direction_(Na_kievskom_napravlyenii)&oldid=1170558"
Categories: