The Olsen Gang is a 1968 Danish crime comedy. Gang leader Egon, after being arrested during a failed burglary in a tobacco store, returns from one of his numerous prison stays. In the gang's usual meeting place, the innkeeper Hansen's pub and the adjoining brothel of the prostitute Connie, Egon, Benny, and Kjeld discuss their new plan: On the occasion of a Bavarian culture week, a precious exhibit, the so-called Kaiseraufsatz, from the possession of the Hohenzollerns is shown in the Copenhagen Art Industry Museum; the gang wants to steal this exhibit.

The following weapons were used in the film The Olsen Gang:

The Sheriff (Ole Monty) and his deputies are armed with Colt Single Action Army revolvers. 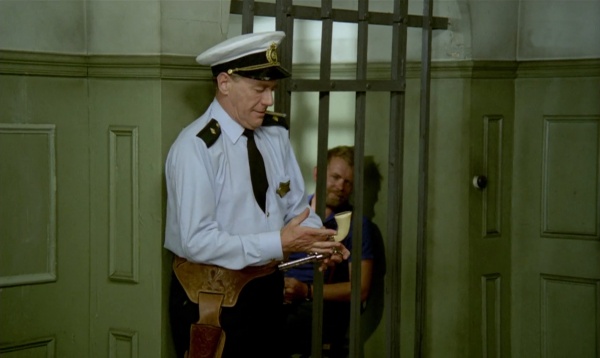 The sheriff tries to swing his revolver around. 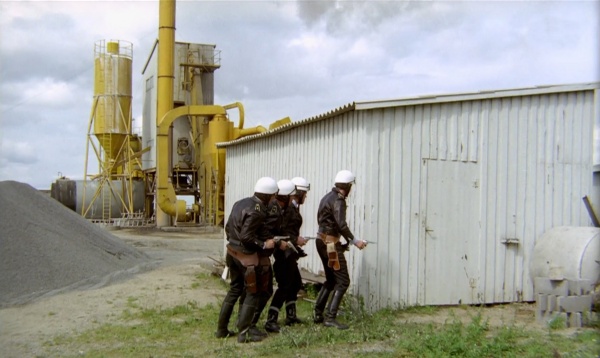 The deputies with their drawn Colts outside a hut. 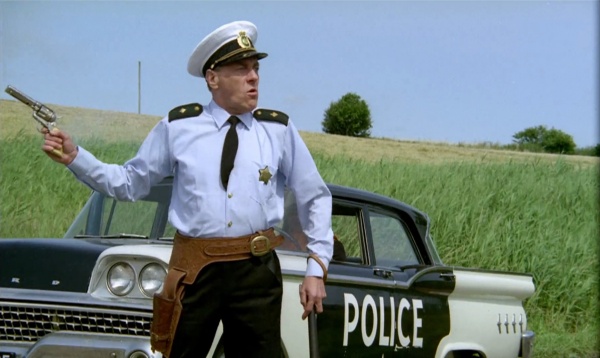 The sheriff fires a warning shot into the air. His shoulder insignia identifies him as a Politiassistent (Police Constable with 7 years service). 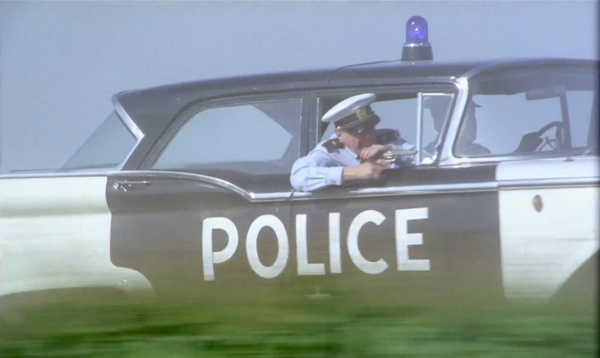 Like a western-style pursuit on the horse, he fires the SAA by moving the hammer.

Several Erma EMPs are seen in the sheriff's gun rack. 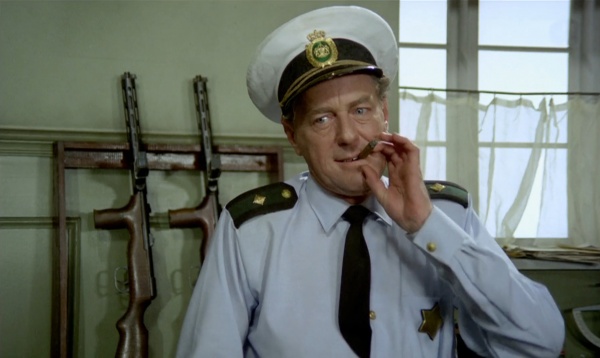 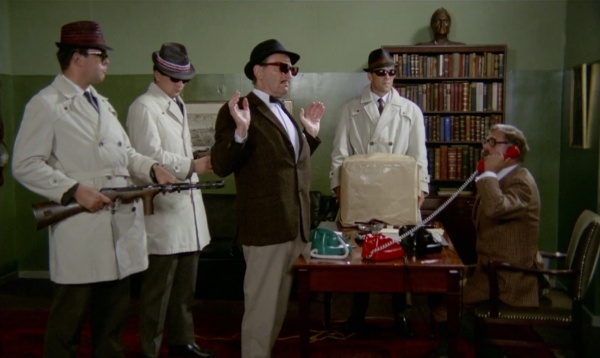 The Police chief's (Poul Reichhardt) special unit with their EMPs.

At least one Danish police officer is seen carrying a Sten Mk II. 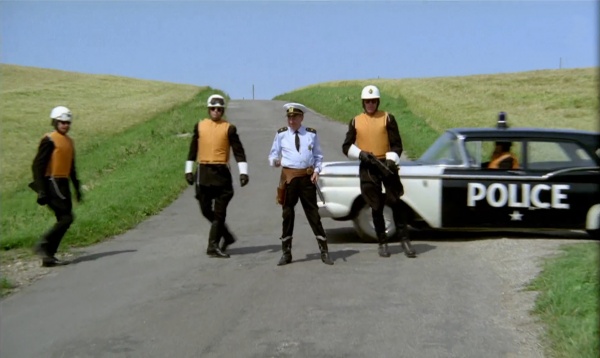 The policeman to the right stands with his Sten gun. 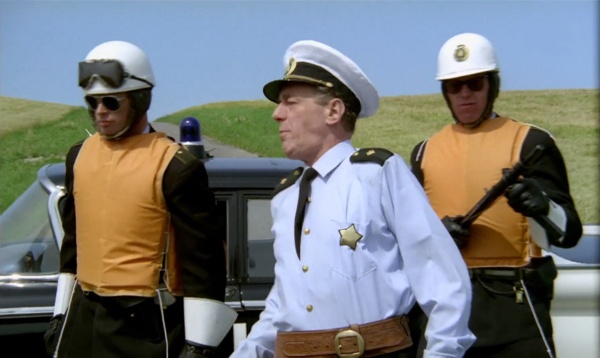 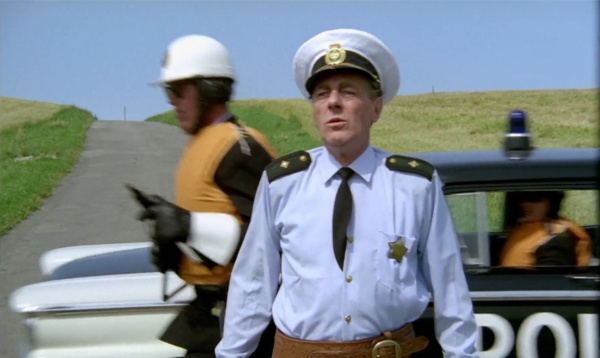 Two different views show the barrel and the Canadian stock. 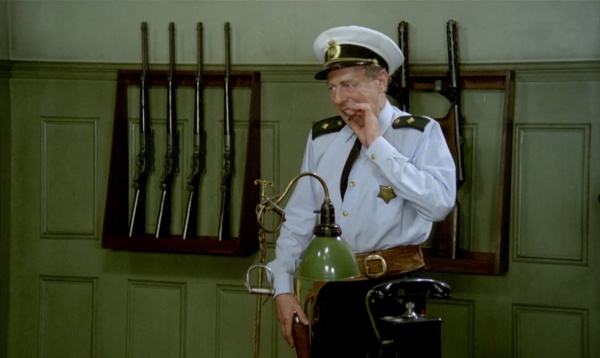