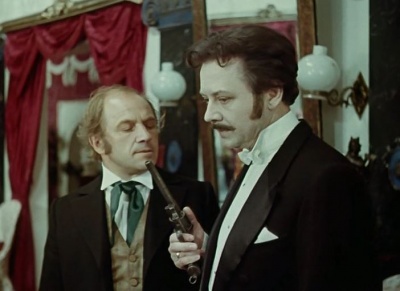 Oleg Pavlovich Tabakov (August 17, 1935 - March 12, 2018) was one of the most popular Soviet and Russian actors. He has appeared in more than 120 films and TV series and voiced numerous animations. In 1988 he was awarded the title of People's Artist of the USSR.