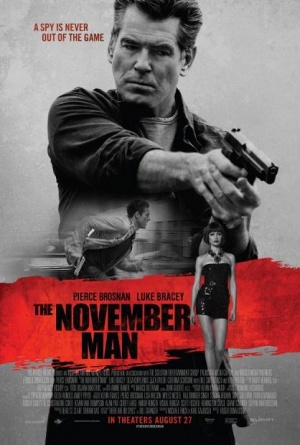 The following weapons were used in the film The November Man:

Peter Devereaux (Pierce Brosnan) uses a Zastava CZ99 throughout the film. The CZ99 is a Yugoslavian-made pistol which is based on the SIG-Sauer P220 pistol series, but is actually a very different weapon. The CZ99 is distinguished by its ambidextrous combinated decocker, slide stop lever, and magazines catch release. Barrel is factory-chromed. 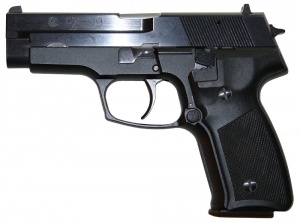 David Mason (Luke Bracey) is seen armed with what appears to be an Inox version of a Beretta 92FS Compact. Upon closer inspection, the pistol could also be an EKOL Firat Compact, a blank-firing only pistol. 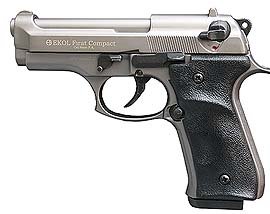 Mason with the Inox-style pistol.

A CZ 75 SP-01 SHADOW is seen being loaded by Devereaux. 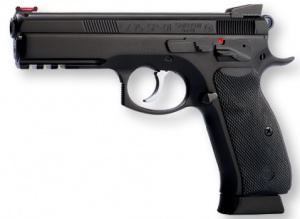 The pistol is loaded.

Devereaux (Pierce Brosnan) also happens to use a Walther P99AS during the shootout in the hallway at the hotel out of continuity error when he was supposed to be armed with a different firearm - a CZ 75 SP-01 SHADOW he obtained earlier in the film. It harkens back to Brosnan's James Bond films when Walther P99 was the character's weapon of choice throughout his tenure. Arkady Fedorov (Lazar Ristovski) also carries a P99AS in a flashback scene as a result of yet another continuity error when he's supposed to hold a Zastava CZ99. 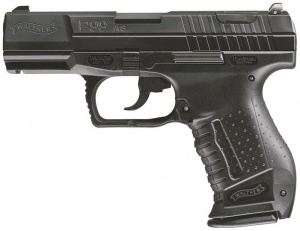 Arkady Fedorov (Lazar Ristovski) with his P99AS in a flashback scene.

Devereaux wields a P99AS as he tackles a bodyguard of Fedorov's. 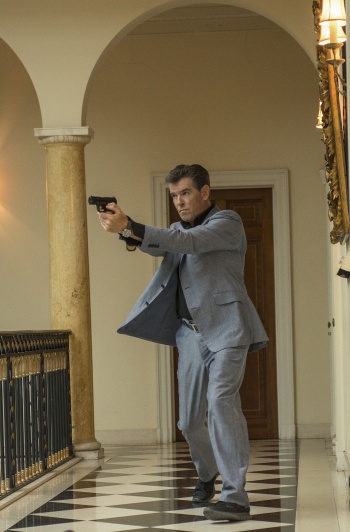 The Glock 17 is used by several characters.

An assassin holds his Glock 17.

The Glock is fired by Devereaux at a van. This appears to be a continuity error as he is seen using a CZ99 a moment later. 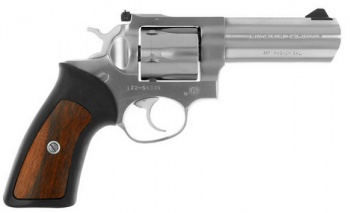 Peter spins the loaded cylinder and swings it shut as he makes Fedorov play Russian roulette.

At the beginning of the film, Mason is seen providing cover for Devereaux with a Heckler & Koch SR9-TC.

Close-up of the trigger.

The rifle about to be fired.

Mason (Luke Bracey) is armed with the Blaser rifle.
Retrieved from "https://www.imfdb.org/index.php?title=November_Man,_The&oldid=1495720"
Categories: