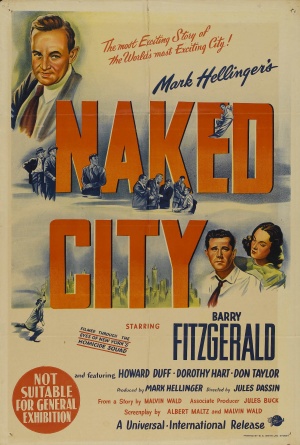 The Naked City is a 1948 film noir directed by Jules Dassin starring Academy Award winner Barry Fitzgerald, Don Taylor, Ted de Corsia and Howard Duff. In it, NYPD detectives work to solve the murder of a model. The film was shot on location in New York City at the insistence of producer Mark Hellinger, who also narrated the film. Unfortunately, Hellinger died of a heart attack a few weeks prior to the film's premiere. The film won the 1949 Academy Awards for Black and White Cinematography and for Film Editing. The Naked City would also go on to inspire a 1958 TV series and a DLC pack in the 2011 game L.A. Noire. In 2007, The Naked City was selected for preservation by the National Film Registry.

The following guns were used in the film The Naked City (1948):

All of the NYPD officers, including Detective Lieutenant Dan Muldoon (Barry Fitzgerald) and Detective Jimmy Halloran (Don Taylor), carry Colt Police Positive Special revolvers as their service weapons. Halloran has his literally wrestled away by Willie Garzah (Ted de Corsia), but is handed a replacement later. 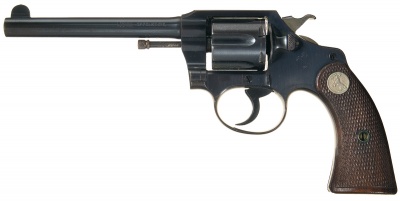 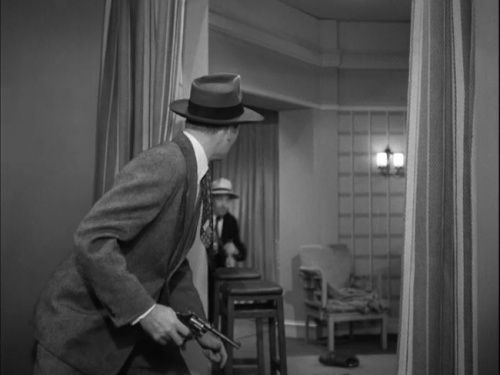 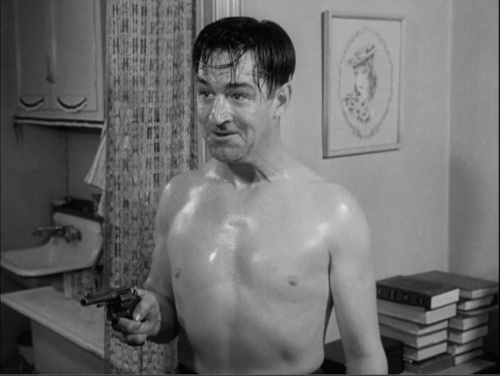 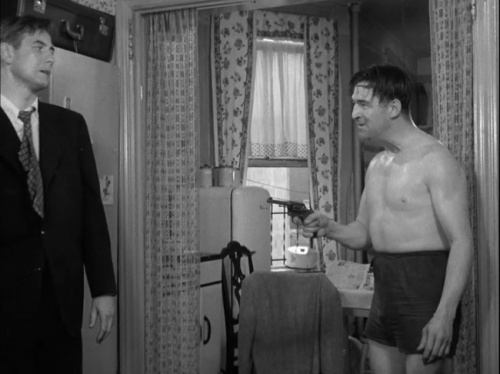 Halloran's original revolver appears to have a five inch barrel. 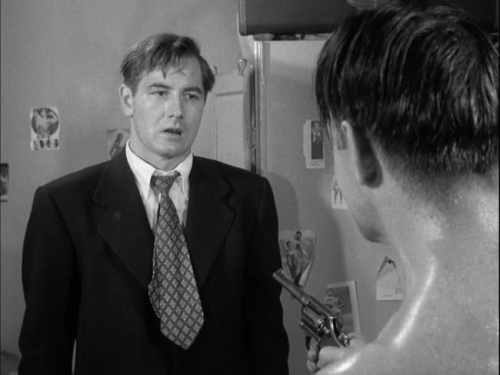 The Colt-style cylinder release is very evident in this shot. Garzah cocked the revolver shortly after taking it away from Halloran. 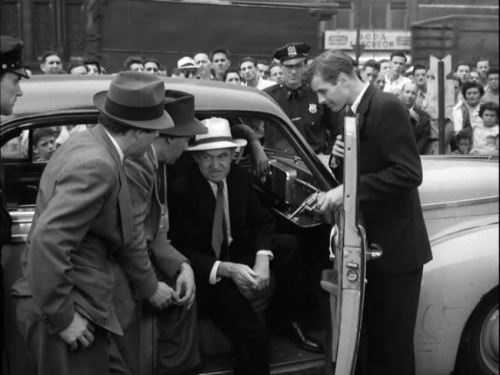 Halloran is handed another weapon after meeting up with Muldoon. It appears that this film was made before cops started carrying backup guns. 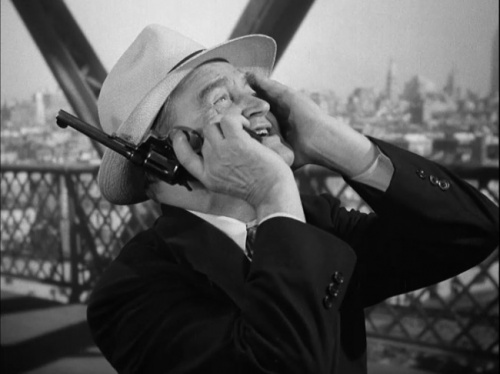 Muldoon with his Colt Police Positive Special shouting at Garzah. 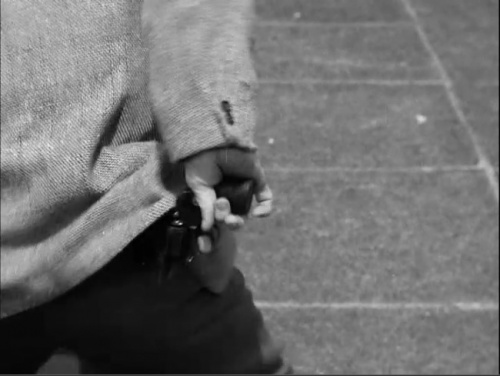 Garzah pulls his Colt DS from his back pocket as he's being attacked by the blind man's guide dog. A Colt DS would be a hefty piece to put in a back pocket. 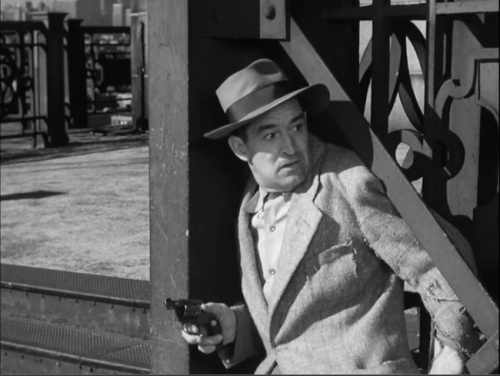 Suspect Frank Niles (Howard Duff) has a mounted Arisaka Type 99 rifle in his apartment, along with two examples of a kris (Indonesian dagger). This might be to support his lie about fighting with the 77th Infantry Division in the South Pacific during World War II. 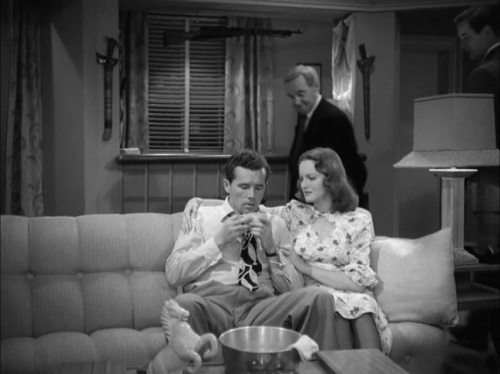 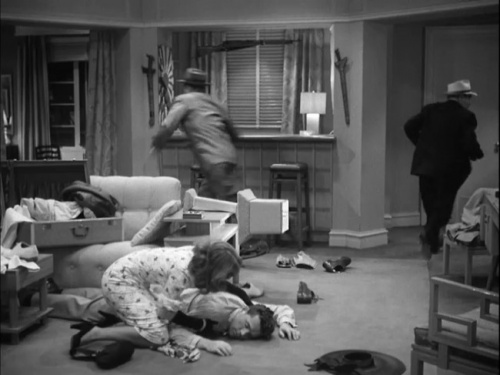