The following weapons were used in the film My New Partner II (Ripoux contre ripoux):

François Lesbuche (Thierry Lhermitte) carries a Manurhin MR-73 revolver in the first part of the film. In the final scene MR-73s are seen in hands of policemen. 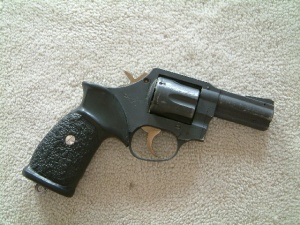 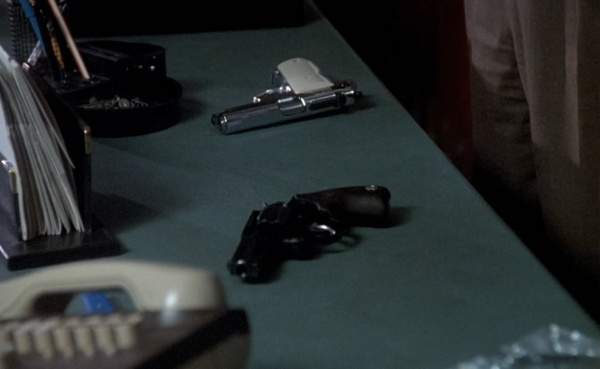 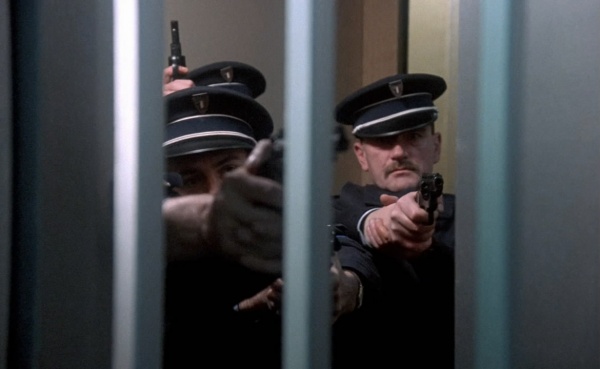 A policeman at the right aims an MR-73. 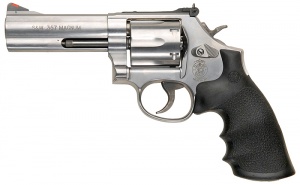 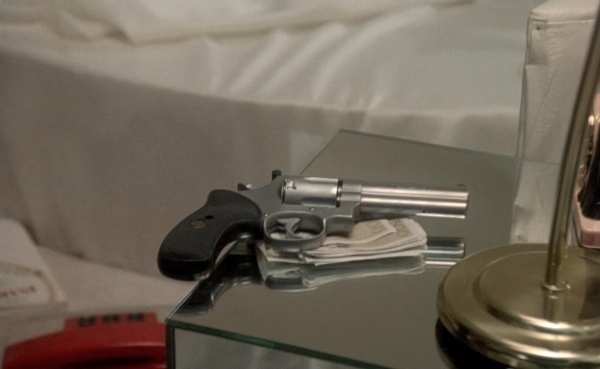 François' revolver on the bedside table.

In the final scene several policemen are armed with unidentified revolvers. These revolvers have short barrels and exposed ejector rods. 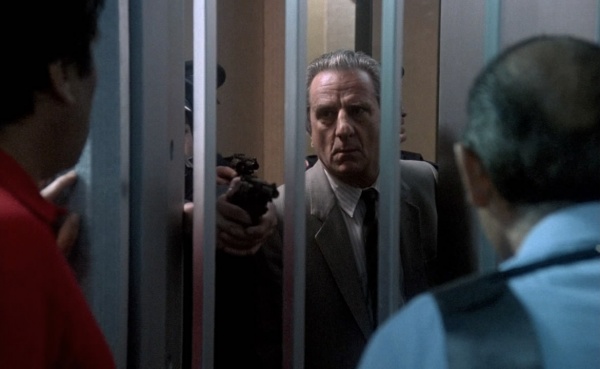 In the first part of the film René Boirond (Philippe Noiret) carries a nickel plated pistol with pearl grips that appears to be a Smith & Wesson 39. 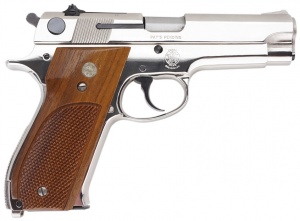 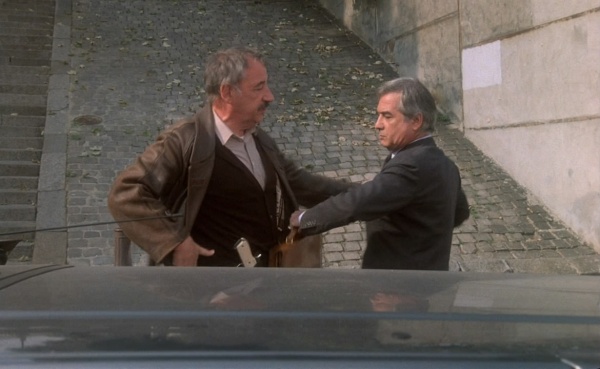 A pearl grip is seen. 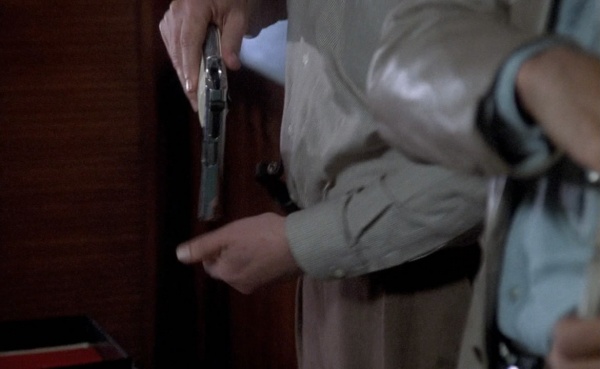 Boirond puts his pistol on the table. The frame appears to match the thickness of a single stack model so it's most likely S&W 39.

Boirond's pistol and Lesbuche's MR-73 revolver on the table. The distinctive adjustable rear sight used on the 1st generation S&W automatics is visible in this shot, which remains blued on the nickel plated models. 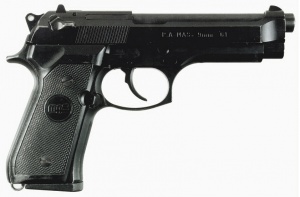 PAMAS G1 - 9x19mm. Note the slide nomenclature and different logo on the grip 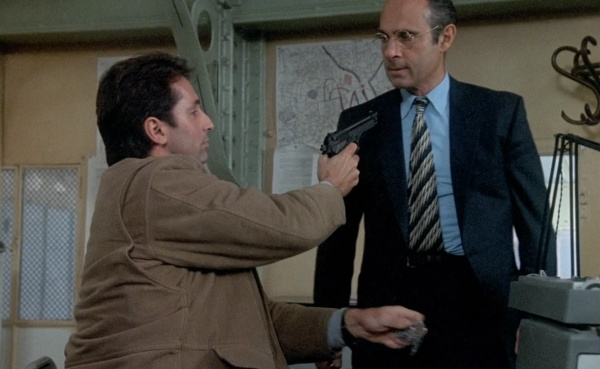 François Lesbuche threatens Brisson with his own pistol. 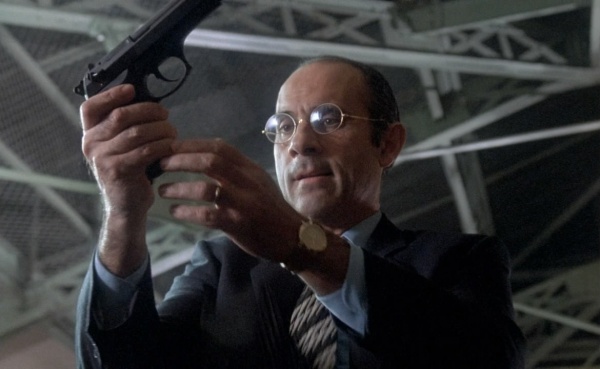 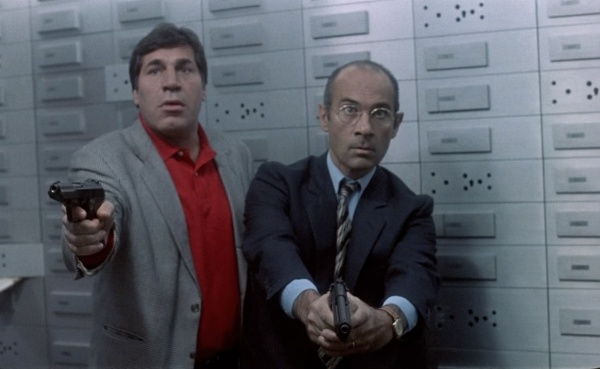 Portal and Brisson with their pistols in the final scene.

A Walther P5 is carried by Jean-Pierre Portal (Jean-Pierre Castaldi). 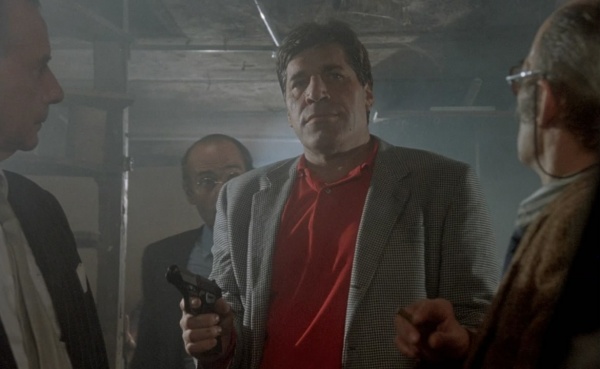 Portal and Brisson with their pistols in the final scene. 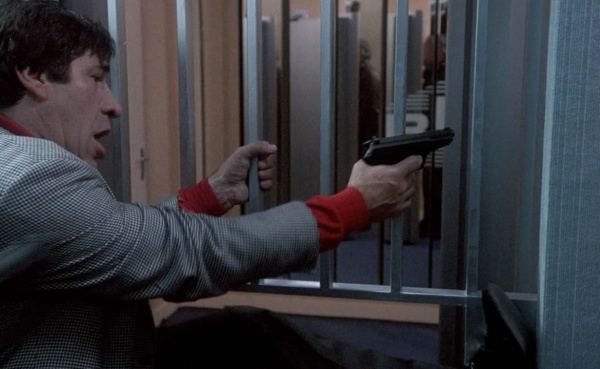 Another view of Portal's pistol. 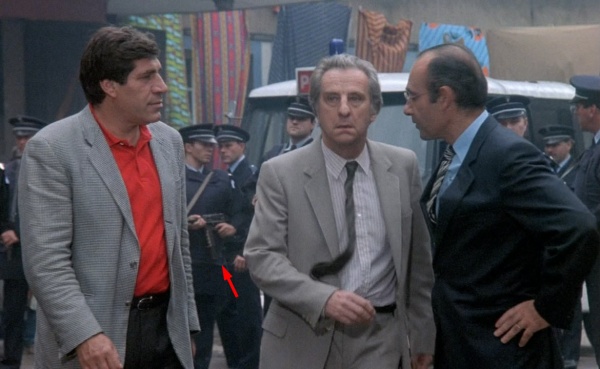 A policeman with MAT-49 is seen at the background.

A jewelry store owner (Christian Bouillette) appears with a Mossberg 500 shotgun during the theft from his store. 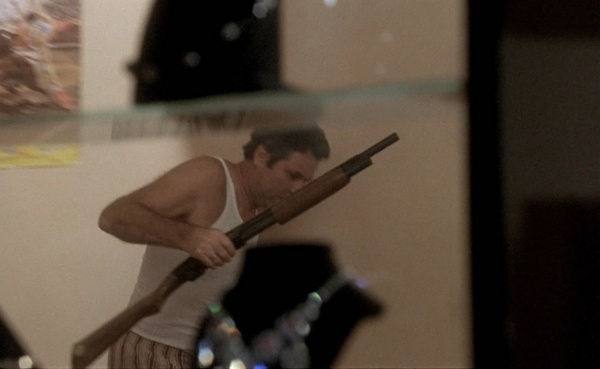 The jeweler runs in the store when the alarm woke him. 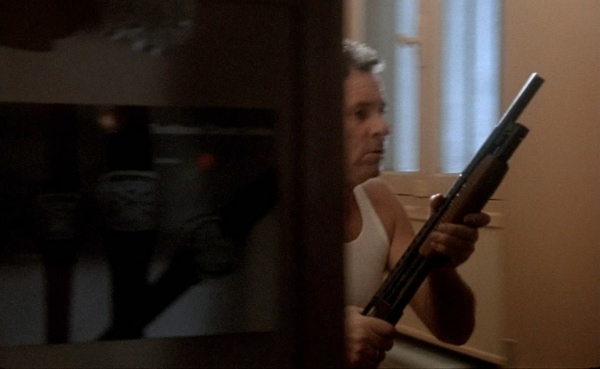 A close view of the barrel with heat shield and the pump.
Retrieved from "https://www.imfdb.org/index.php?title=My_New_Partner_II_(Ripoux_contre_ripoux)&oldid=853634"
Categories: