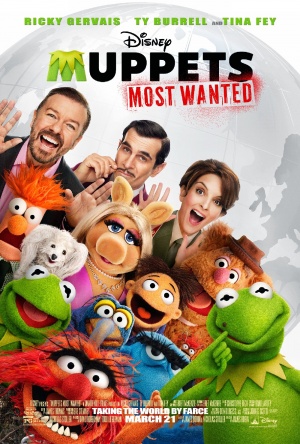 Muppets Most Wanted is a 2014 direct sequel to 2011's The Muppets, and is the eighth Muppets theatrical release overall. The film stars the Muppets, Ricky Gervais, Ty Burrell, and Tina Fey, along with scores of celebrity cameos typical of Muppet movies.

The following weapons were used in the film Muppets Most Wanted:

Constantine holds Kermit at bay with a flintlock pistol.

A screen-used prop from the movie Wanted. 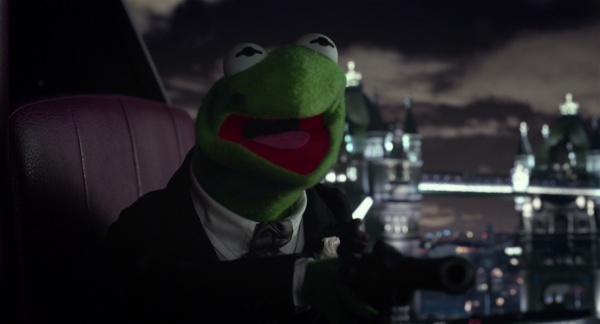 Constantine with his flintlock. 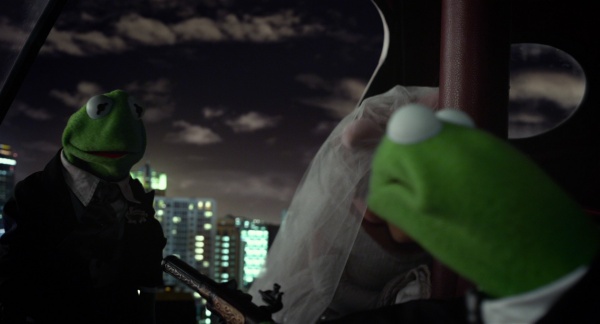 Constantine with his flintlock.

Nadya (Tina Fey) is armed with an Taser X26 as the camp commandant. 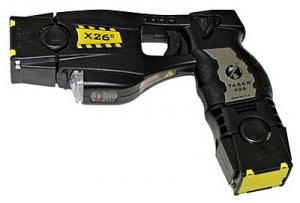 A Taser X26C fitted with an XDPM (Extended Digital Power Magazine), which is a battery pack with a grip extension that can accept a spare cartridge. Like the Taser M26, a laser sight is mounted underneath the muzzle, alongside a tactical LED light. 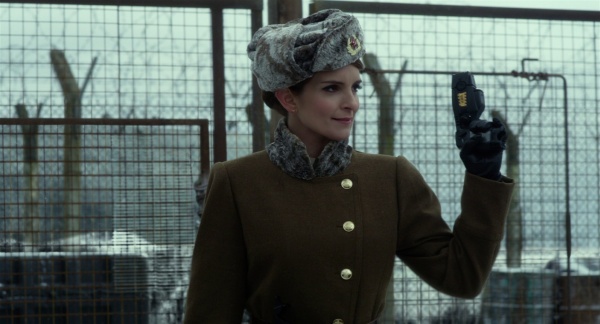 Russian gulag guards are armed with Lee-Enfield No.4 rifles. This was most likely due to the fact that the film was mostly shot in the UK. 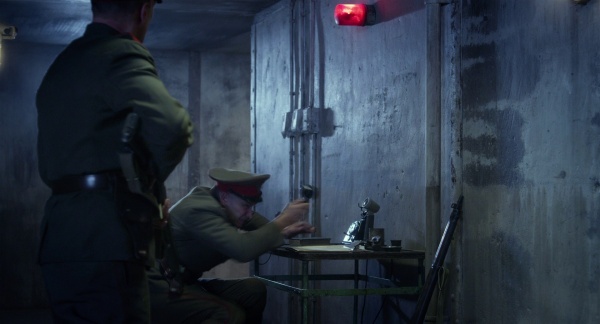 A guard reaches for his rifle as Constantine approaches. 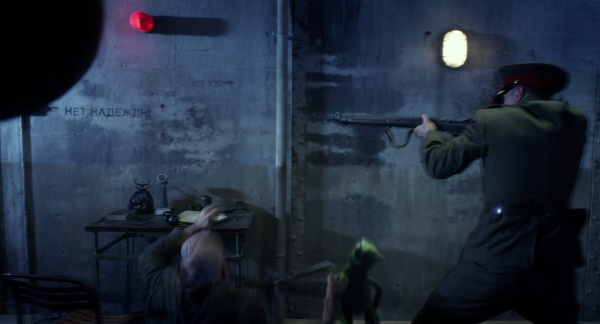 Guards with their rifles as Constantine attacks. 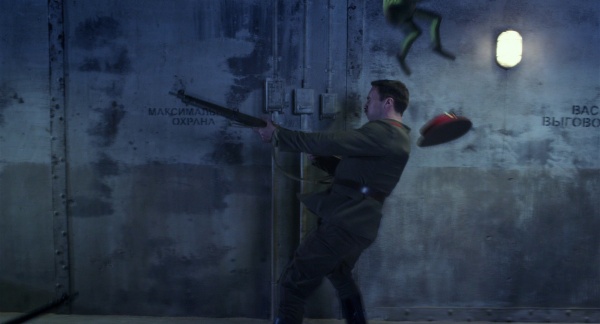 Guards with their rifles as Constantine attacks.

In the opening musical number a war movie is seen being filmed, with actors dressed as US soldiers using M1 Garands. 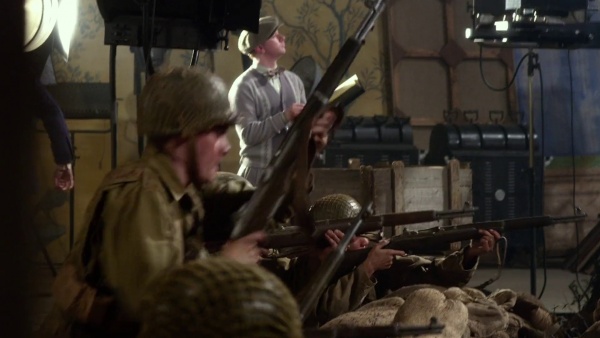 The actors with their M1 Garands. 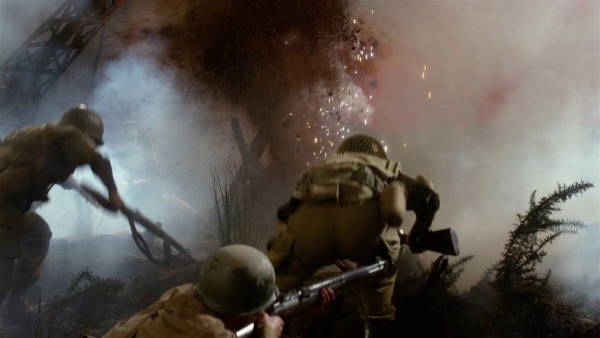 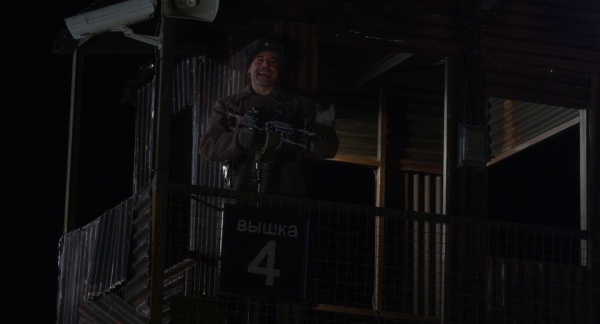 Ivan (Stanley Tucci) with his PK. 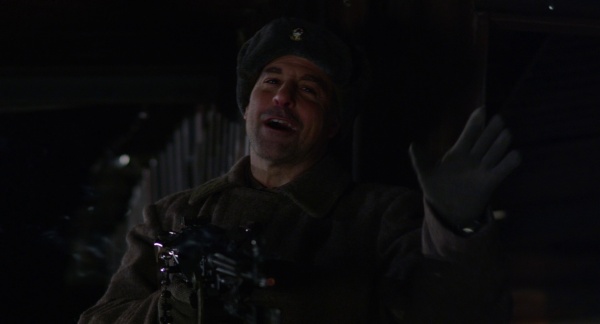