The following weapons were used in Season 8 of the television series Midsomer Murders:

A Bruni Olympic 6 blank-firing starting revolver is fired to start the Midsomer Regatta in "Dead in the Water" (S8E2). 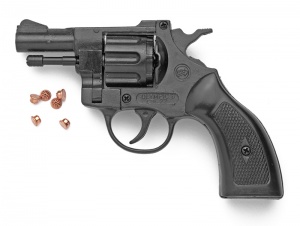 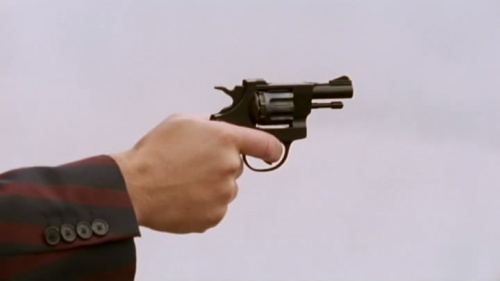 A flintlock pistol is seen on the wall of the pub in "Second Sight" (S8E5). Exactly the same looking pistol is also used as wall decoration in Season 2 and Season 21. 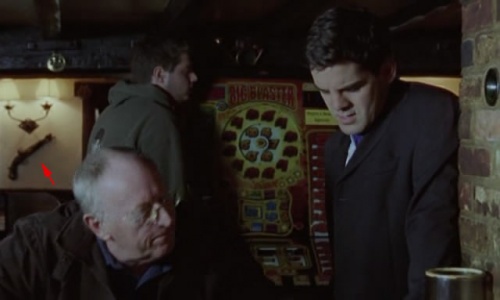 A flintlock pistol is seen on the wall in a pub in S8E5 "Second Sight". 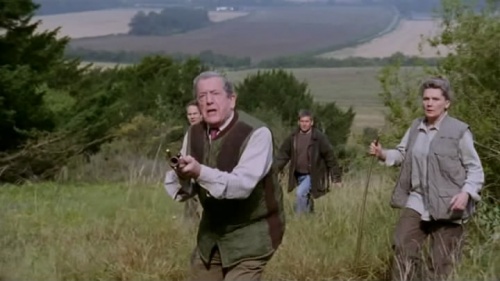 Munro Hilliard aims his blunderbuss at Sgt Scott (John Hopkins) whom he supposed to be an illegal collector of orchids. 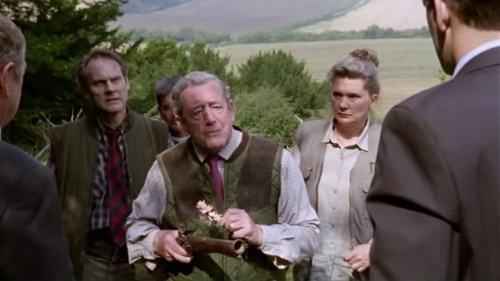 A closer view at Hilliard's weapon.
Retrieved from "https://www.imfdb.org/index.php?title=Midsomer_Murders_-_Season_8&oldid=1376922"
Categories: