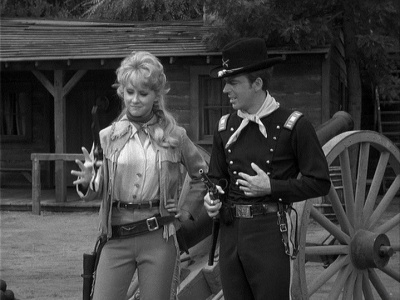 Melody Patterson (April 16, 1949 - August 20, 2015) had roles as an actor in film and television in a career spanning 1960 to 1989. She is best known for her role as Wrangler Jane Angelica Thrift in the television comedy F Troop. She performed many of her own equestrian stunts throughout the series. She lied about her age in order to get the role, and was 16 years old when filming began.