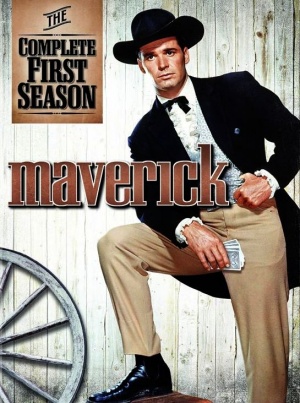 Maverick was a television Western comedy series that starred James Garner as Bret Maverick, a card-playing gambler who got himself in and out of jams through various cons and schemes. Beginning with the eighth episode, Garner would be partnered with Jack Kelly, who portrayed his Maverick's brother Bart, and two leads would alternate starring in episodes during the season. After the third season, Garner would leave the series and be replaced by Roger Moore as cousin Beau Maverick for its fourth season and then Robert Colbert would appear as brother Brent Maverick for the fifth season. The series aired on ABC for 5 seasons from 1957 to 1962. A 1994 feature film adaptation was directed by Richard Donner (Lethal Weapon) and starred Mel Gibson as Bret Maverick and James Garner as Marshal Zane Cooper.

The following weapons were used in the television series Maverick (1957 TV Series):

Bret Maverick (James Garner) carries a Single Action Army "Artillery" model as his sidearm from Season 1 to Season 3. In Season 2's "Duel at Sundown" (S2E19), Bret is seen drawing his revolver and "fanning" the hammer during a showdown. 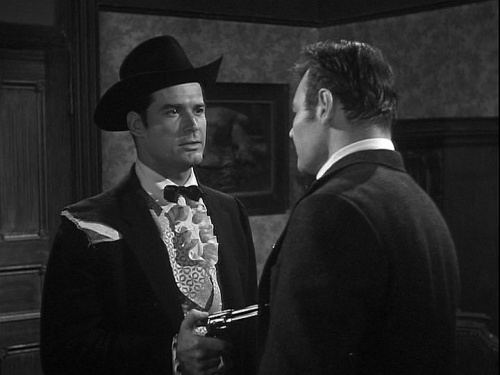 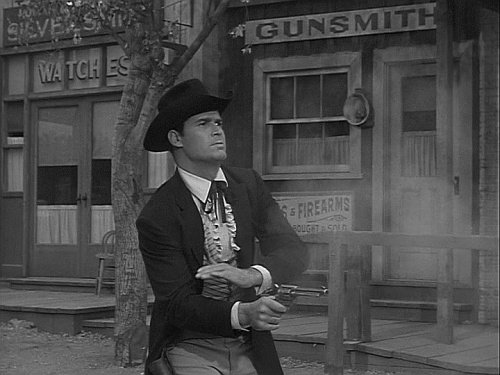 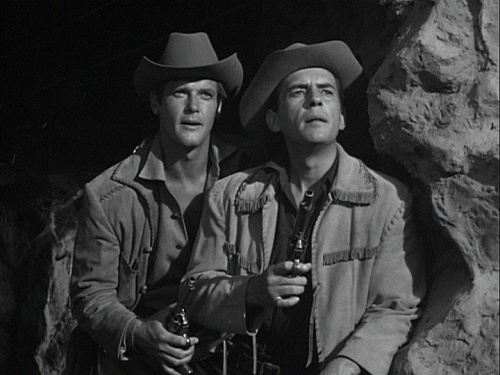 In "Last Wire From Stop Gap" (S4E05), the SAA is held by both Beau Maverick (Roger Moore) and Bart Maverick (Jack Kelly).

The Single Action Army "Artillery" model is used by several characters throughout the series. Red Hardigan (Clint Eastwood) also carries the revolver in Season 2's "Duel at Sundown" (S2E19). In the same episode, John Wesley Harden carries what appear to be dual Artillery models of the Single Action Army. 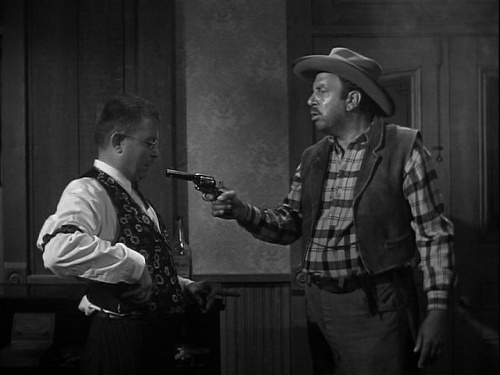 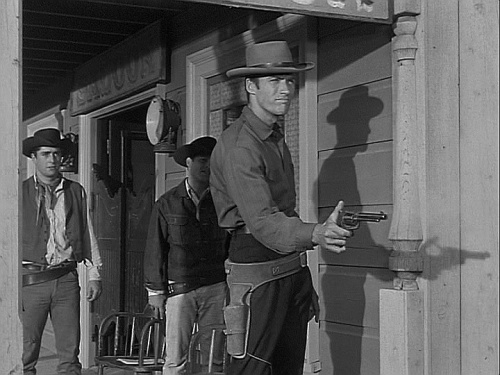 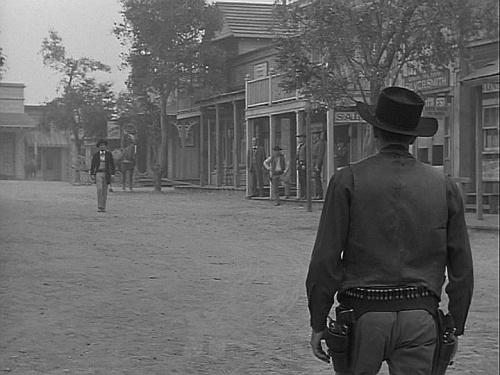 In "Duel at Sundown" (S2E19), John Wesley Harden carries what appear to be dual Artillery models of the Single Action Army.

The Winchester Model 1892 is used by several characters throughout the series. 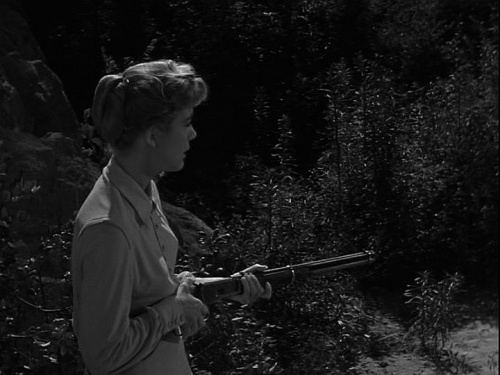 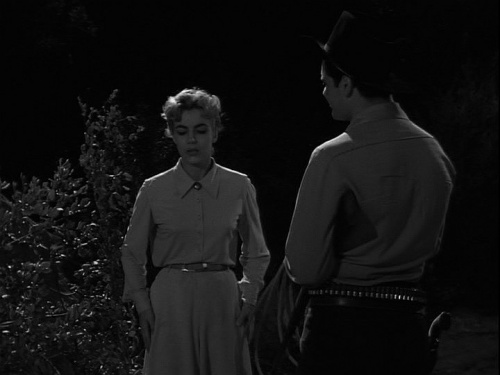 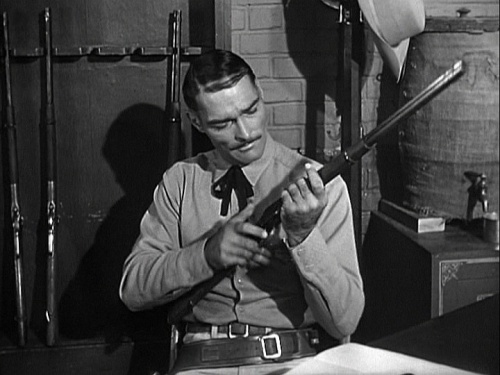 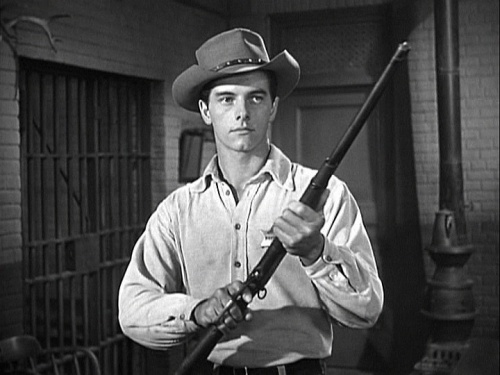 Some of the outlaws and other characters carry 12 Gauge Double Barreled Shotguns. 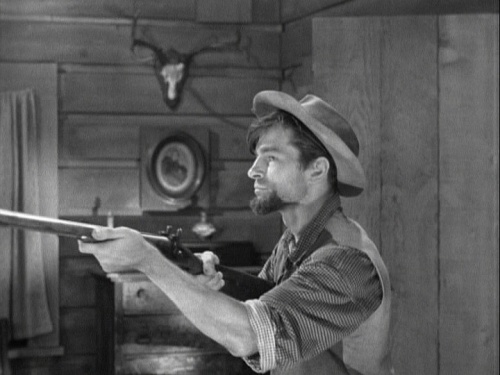 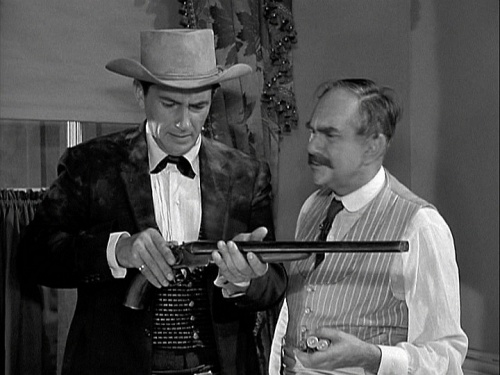