Lupin III: Dragon of Doom is a 1994 anime TV special directed by Masaharu Okuwaki. Goemon's sword, the Zantetsuken, is known to be forged from an indestructible metal. However, according to legend, there is an even harder alloy, which was developed by Goemon's grandfather. To protect the secret from unwanted eyes, the formula for it was embedded in the statue of the Golden Dragon. The recipe for wresting the formula back from the dragon has been defended with their lives by Goemon's family ever since. The story begins this time with Lupin being asked to restore his family's honor by obtaining the Golden Dragon that his grandfather was unable to get his hands on. Unfortunately, the statue went down with the Titanic in 1912.

The following weapons were used in the anime film Lupin III: Dragon of Doom: 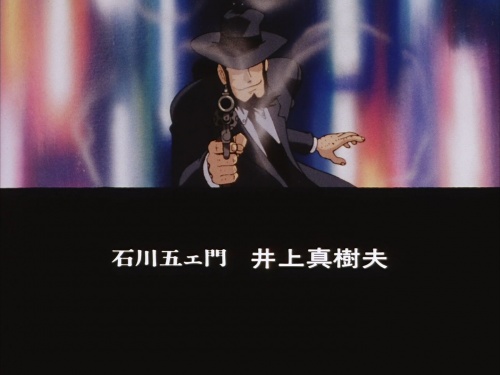 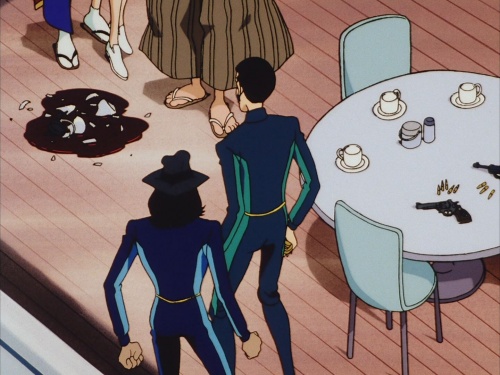 The revolver lies on the table next to loose rounds. 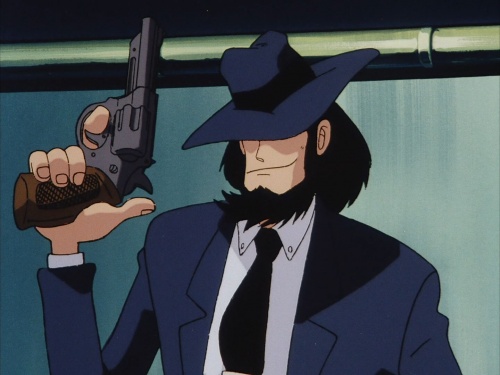 He showswith his Smith & Wesson revolver that he is ready to fight back. 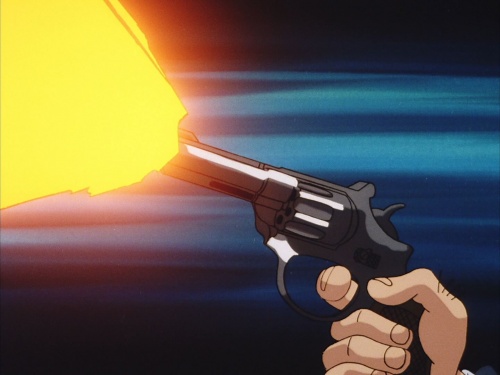 A close-up of the firing revolver.

The Walther P38 pistol of Lupin is used by him and Fujiko Mine. 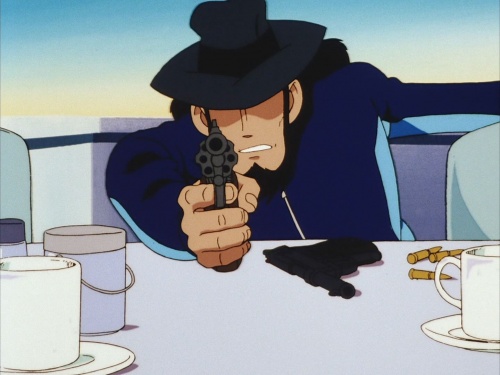 The Walther is seen lying on the table beneath Jigen. 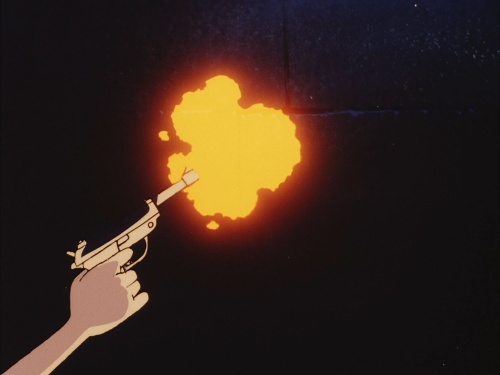 Fujiko takes a shot at Gensei. 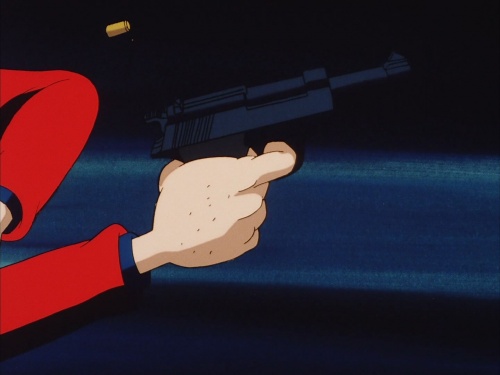 Lat on, Lupin does the same. 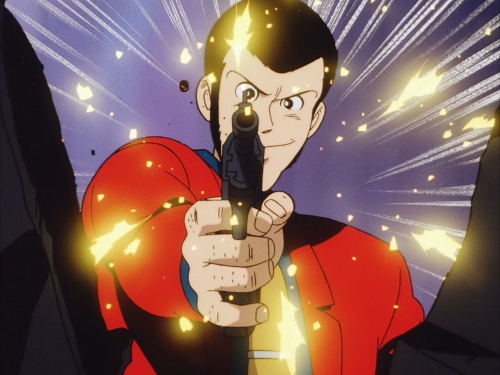 Front view of his firing Walther.

Fujiko Mine is seen with a Single Action Army while disguised as a cowgirl on Chin Chin Chou party. 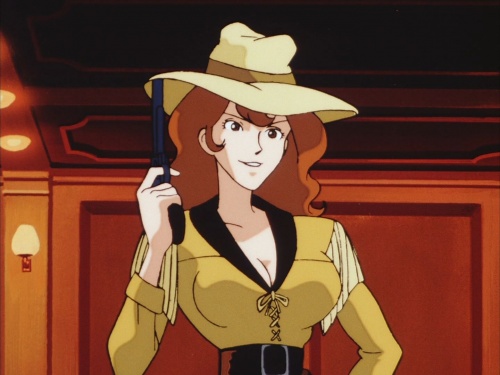 Fujiko Mine presents herself to Lupin and Jigen. 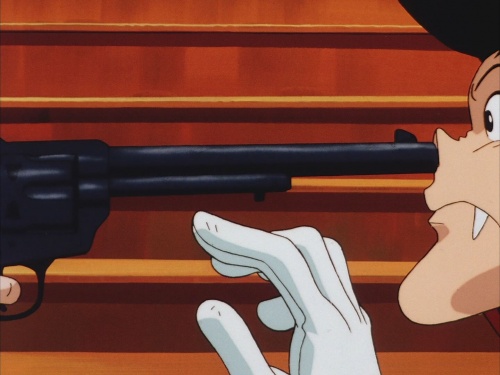 Lupin gets an unwanted welcome with her revolver. 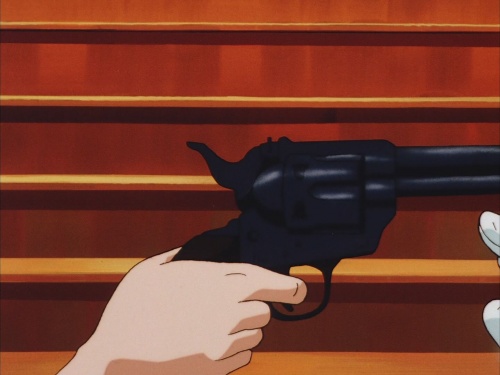 An unknown revolver is used by Kikyo. 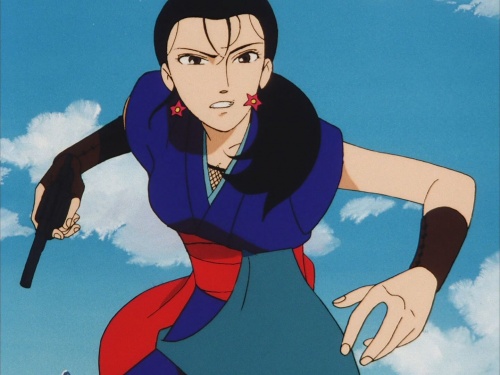 She draws her revolver... 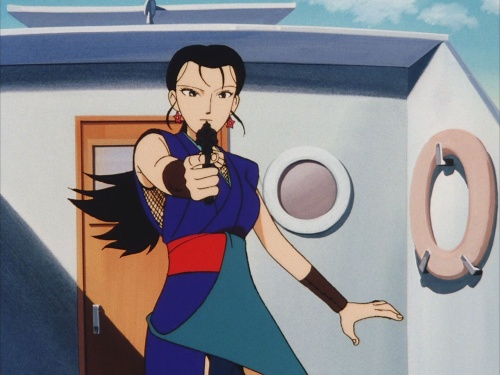 Chin Chin Chou's mercenaries have Heckler & Koch MP5s which appear to have elements of different variants. 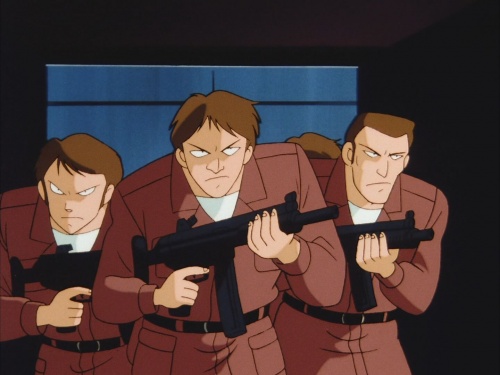 The mercenaries entering the meeting room of Chin Chin Chou. 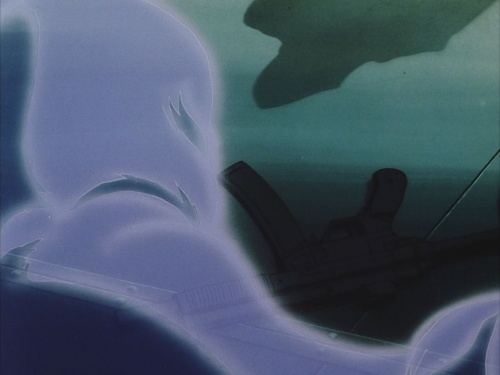 A dropped MP5 on the ground. 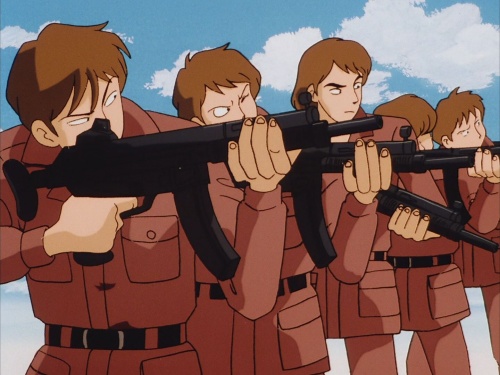 The mercenaries received the order to take aim at Lupin and Jigen. 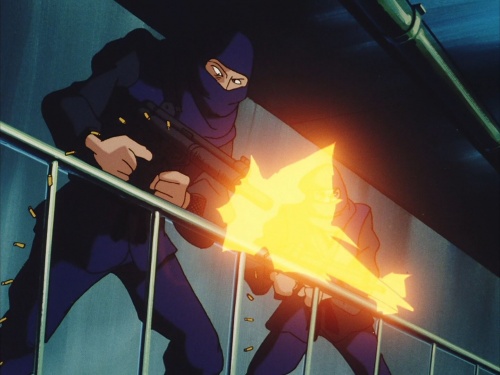 Two of Gensei's Ninjas firing their MP5s at Jigen.

U.S. coastal guard members under the command of Inspector Zenigata are armed with M16A1s. 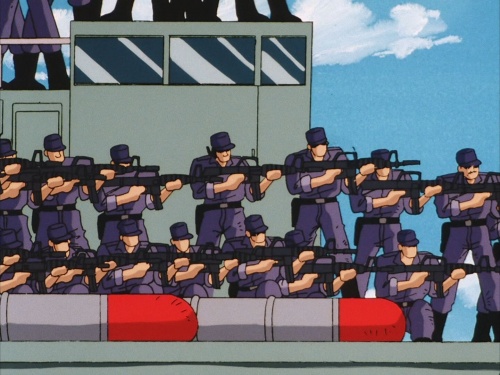 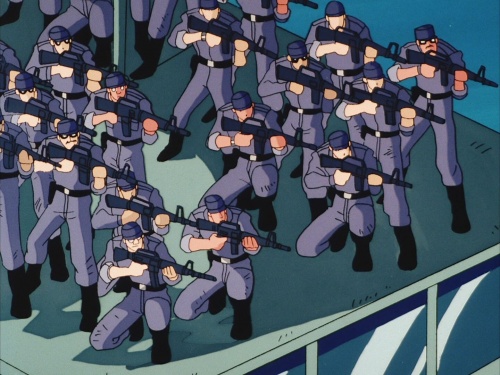 Another view of the members of the U.S. coastal guard.

In close-ups, the M16 rifles turn into carbines which appear to be XM177E2. 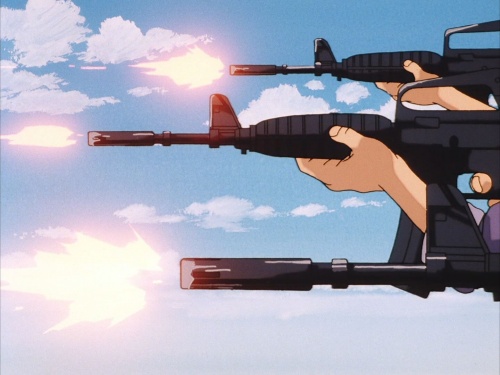 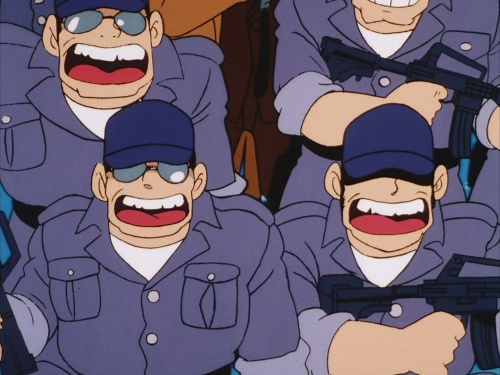 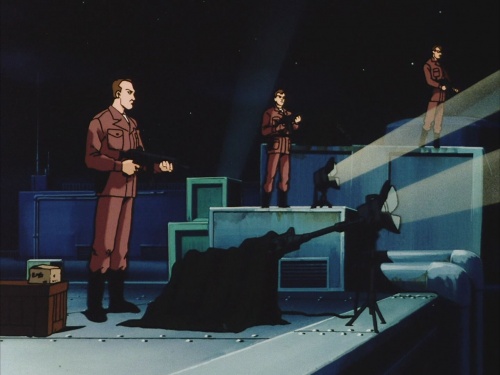 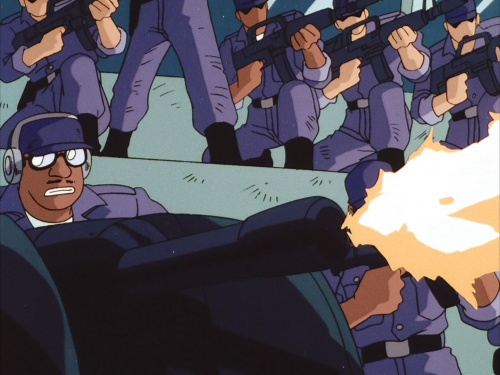 What appears to be M134 rotary guns are mounted in Chin Chin Chou's bomber. 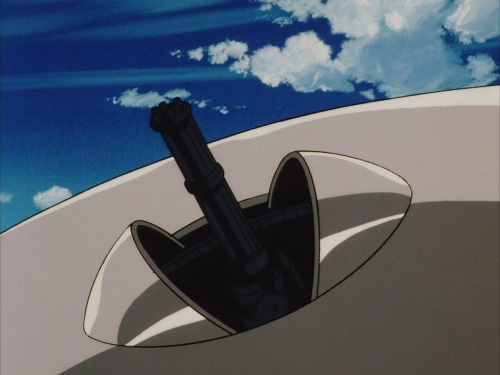 An Mk 19 Grenade Launcher is mounted on Lupin and Jigen's car. 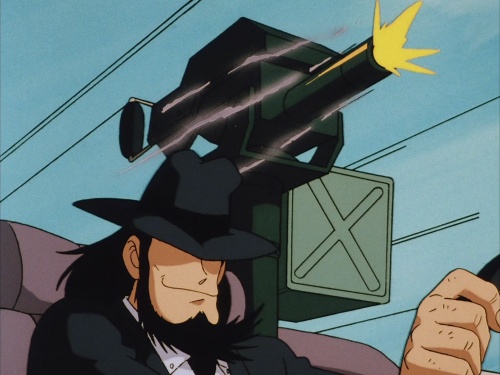 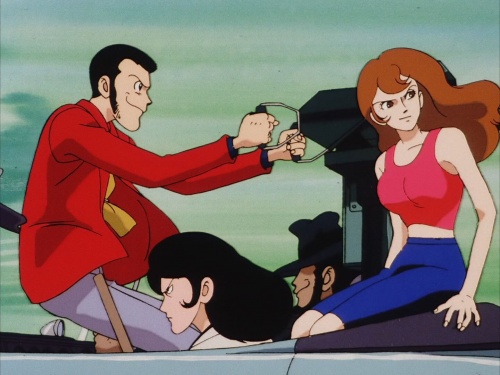