The following weapons were used in the film Lorna Doone:

While the story takes place at the late 17th century, numerous anachronistic Percussion Cap Pistols appear in this movie. 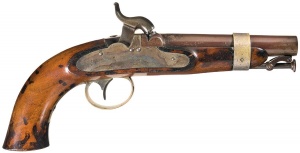 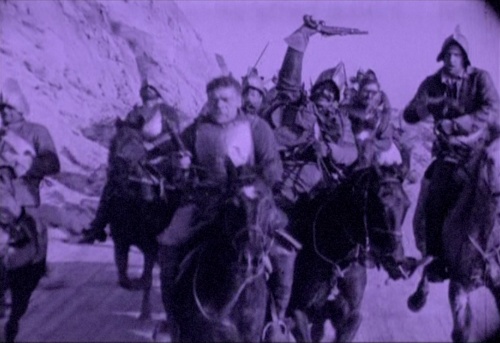 Doones brandish their pistols during the robbery at the film's beginning. 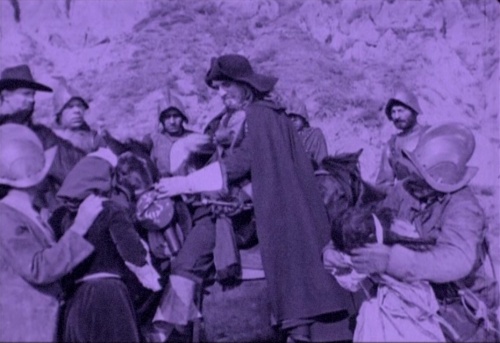 Sir Ensor Doone (Frank Keenan) with a pistol holstered on his horse. 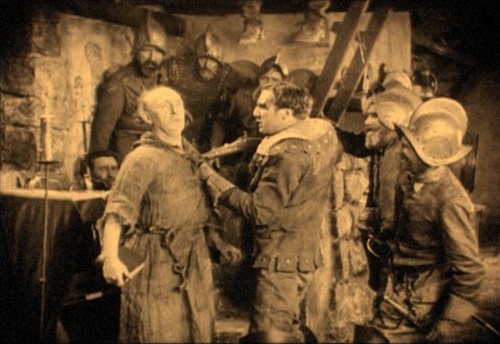 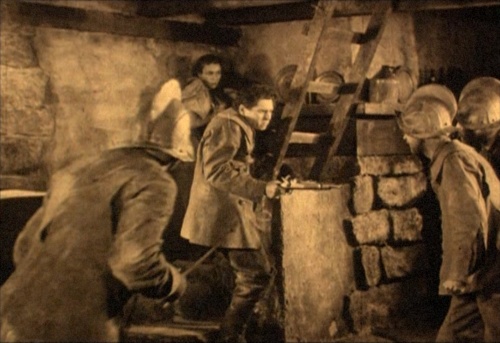 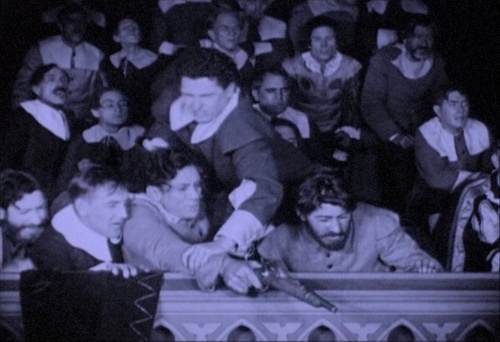 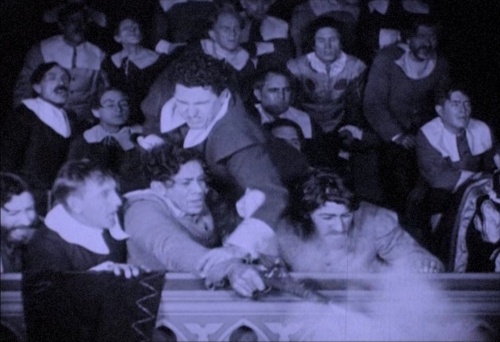 ...but John Ridd grabs his hand, resulting in a missed shot. 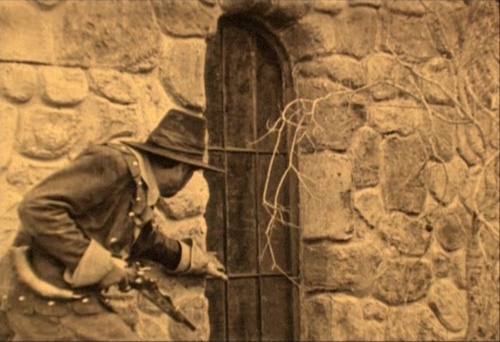 Carver Doone in ambush with his pistol.

Robert (uncredited) carries a Blunderbuss at the film's beginning. Several Doones use Blunderbusses as well. 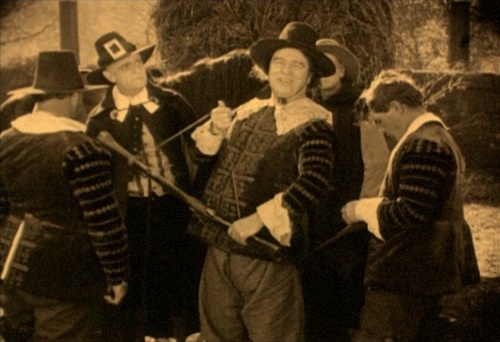 Robert shows off his blunderbuss to the men. 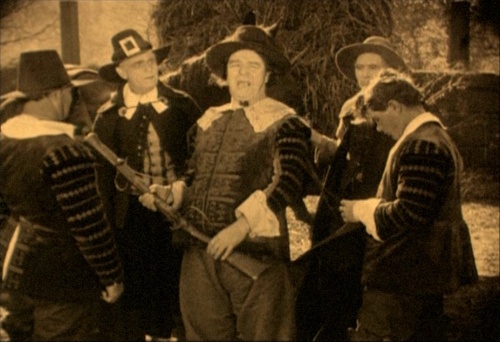 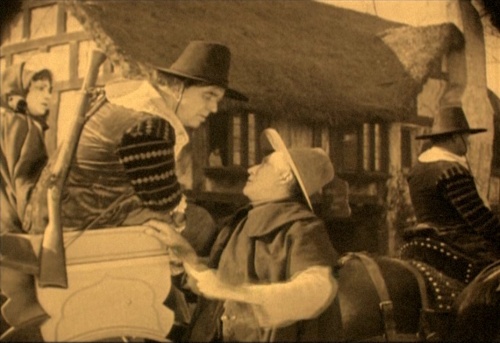 The flint lock is seen. 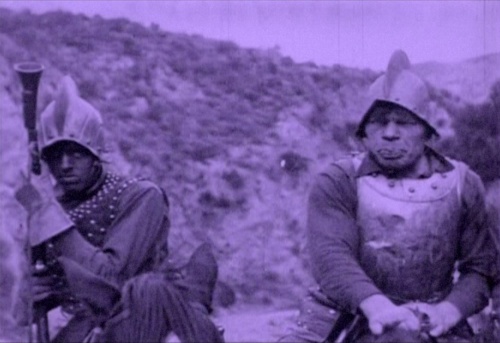 A Doone with the gun at the left. 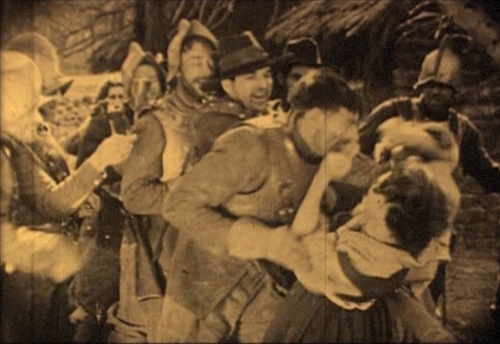 A Doone at the center left with the blunderbuss over his shoulder. 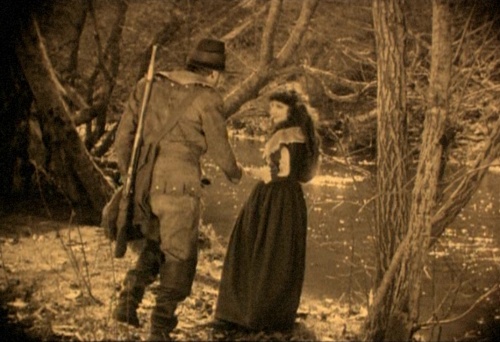 'Counsellor' Doone (Jack McDonald) with the gun on his shoulder. 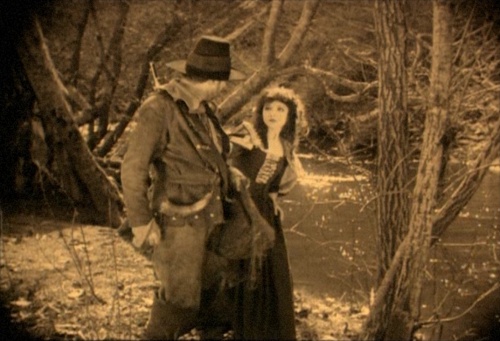 The muzzle of 'Counsellor' Doone's gun is seen. Note the powder horn. 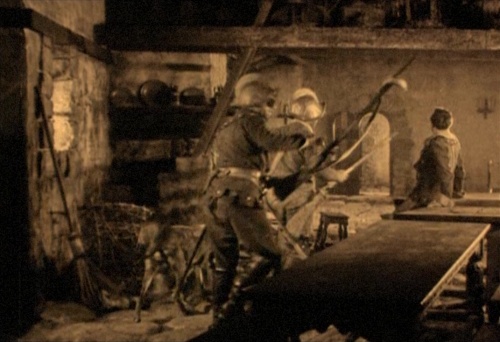 Several Doones put their guns on the table. 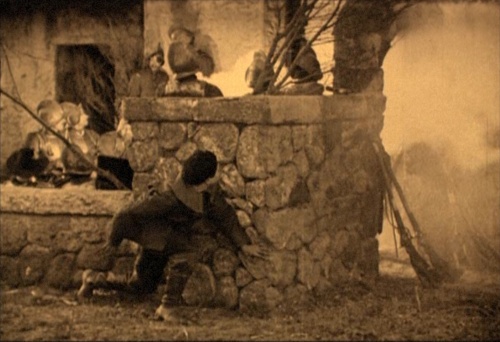 Several guns are seen lying near the wall. 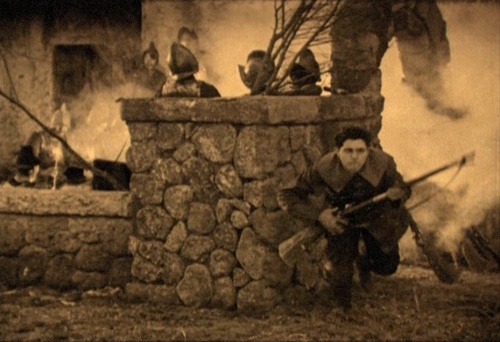 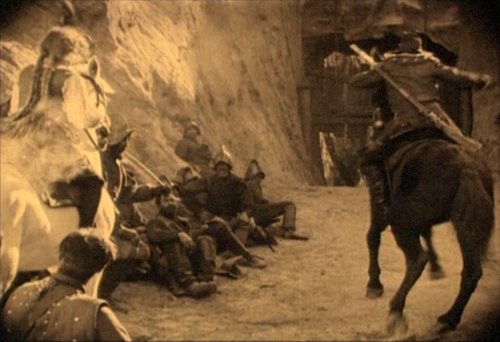 Carver Doone with the gun on his shoulder. 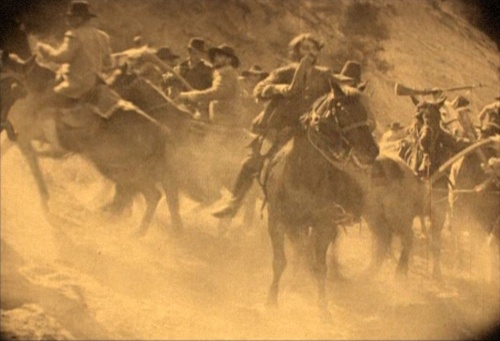 A yeoman peasant with the gun.

An unknown rifle can be briefly seen in the hands of one of the Doones during the last fight with the peasants. Taking into account the context of this being an American movie made in the 1920s, it could be a Remington Rolling Block, which has a similarly shaped stock, but this is only an educated guess. 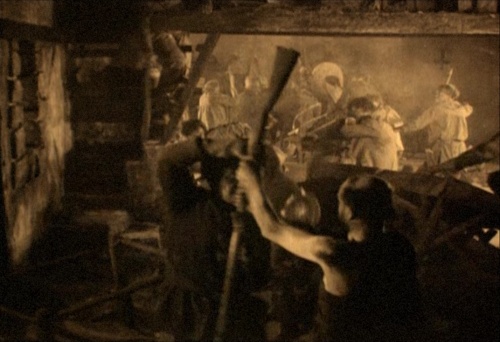 A Doone tries to hit a peasant with the buttstock.
Retrieved from "https://www.imfdb.org/index.php?title=Lorna_Doone&oldid=1396600"
Categories: