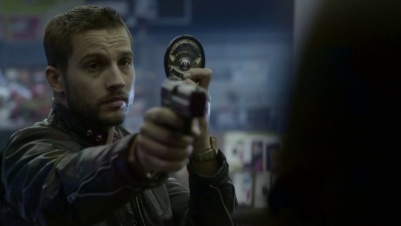 Logan Marshall-Green is an American actor known for his roles in television, such as the FOX series 24, the TNT series Dark Blue and the Cinemax series Quarry. In addition, he has co-starred in such films as The Great Raid, Brooklyn's Finest, and Prometheus.