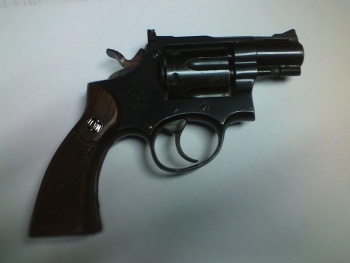 The Llama Martial is a Spanish revolver produced by Llama Firearms. It's design is based on the Smith & Wesson Model 10, and the 6" was used as a sidearm in the Colombian Police, since 2007 when were replaced by the SIG SP2022, leaving the 6" revolver to Security Guards and 3" and 6" to civilians. All versions are currently produced by Colombian Military Industries -Indumil-.