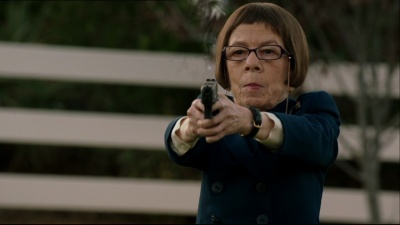 Linda Hunt is an American actress now well known to television audiences for her role as NCIS Operations Manager Henrietta "Hetty" Lange in the series NCIS: Los Angeles. She had gained widespread acclaim for portraying the male character Billy Kwan in the 1982 film The Year of Living Dangerously, a role for which she received an Academy Award for Best Supporting Actress.