Lenin...The Train is a 1988 Austrian-French-German-Italian-Spanish TV movie directed by Damiano Damiani. The plot of the film takes place during the First World War, in 1917. The German Empire fights simultaneously on two fronts, in the west and in the east. In this situation, an exile Russian addressed to the German General Staff: Lenin, the Russian revolutionary, who lives in Swiss exile in Zurich, should be allowed to return to his homeland, to bring about a successful transformation of the political conditions in the Russian Empire. The proposal is put into action. Lenin and a group of exiled revolutionaries board a special train and travel from Switzerland through Germany and Sweden to Petrograd. During the train's journey, Lenin discusses his political ideas with his fellow travelers.

The following weapons were used in the miniseries Lenin...The Train: 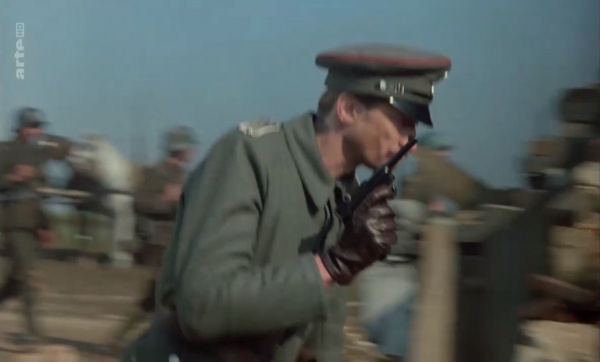 A German officer runs with his Luger. 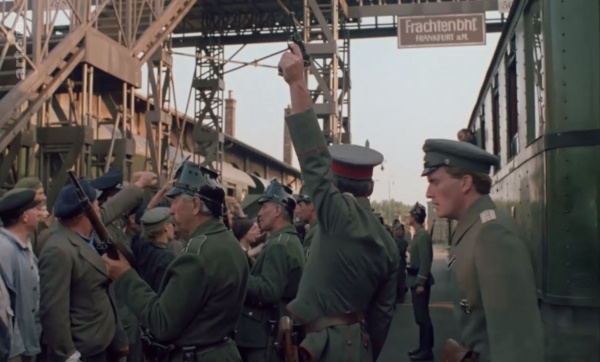 Von Planetz fires in the air to attract people's attention. 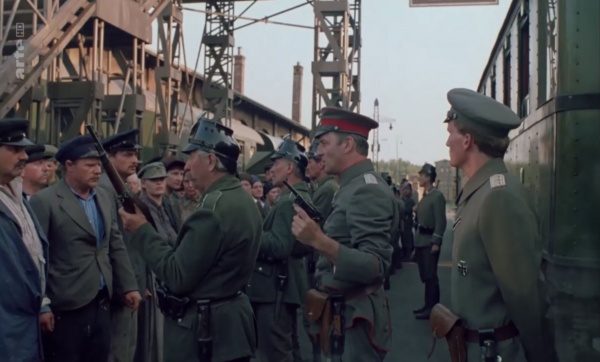 He lowered his Luger while talking to the workers. 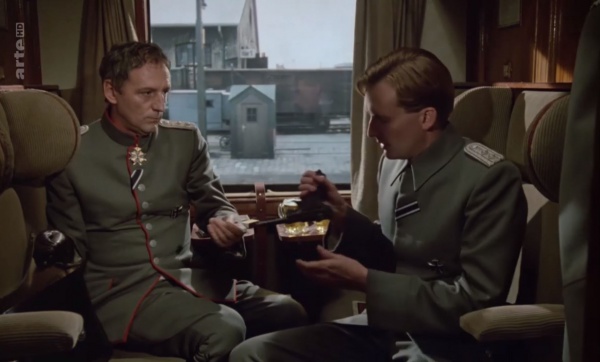 He gives the Luger back to von Bühring. Note the WWII-style shoulder insignias for a Hauptmann.

A French officer uses an Mle 1892 Revolver at the beginning. 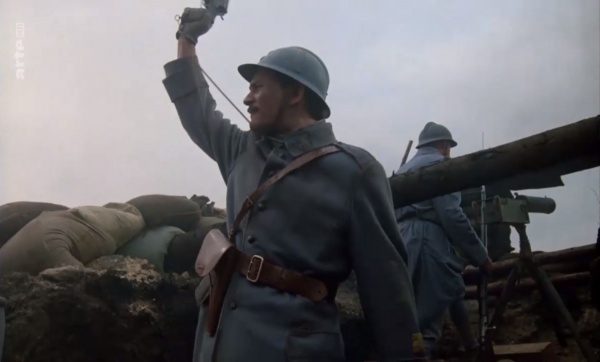 "Viva la France!"
The officer cheers on his soldiers.

Russian officers can briefly be seen with unknown revolvers. 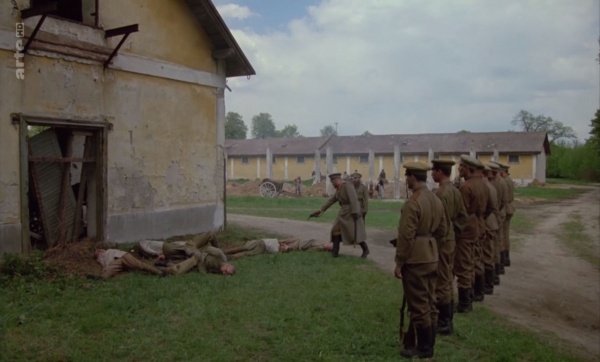 A Russian soldier fires his revolver in the background. 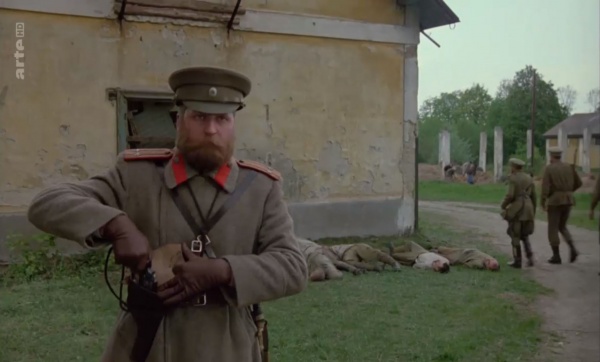 While reporting the morale of the troops to his superiors he puts the revolver in his holster.

The post-war Weimar Karabiner 98b is used by German soldiers. These rifles have tangent-leaf rear sight instead of Lange Visiers from the Gewehr 98 and turned bolt handles. 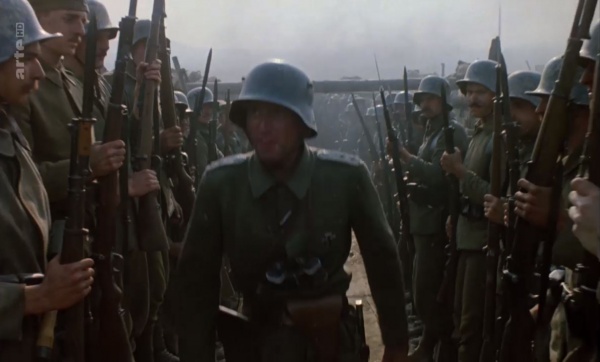 The Karabiner 98b third from the left. Note the turned bolt. 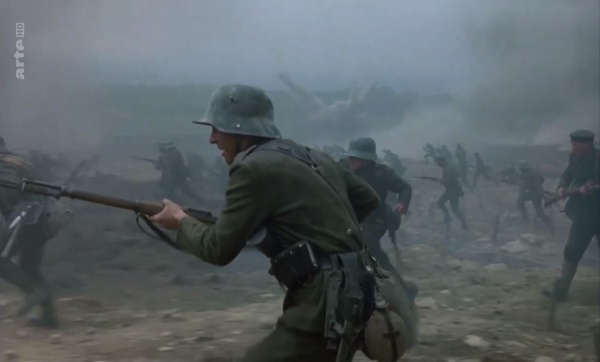 The young German soldier charges with his Mauser. The tangent-leaf rear sight is visible.

The anachronistic Karabiner 98k is the most used rifle in the movie. It is used by German, French and Russian soldiers. 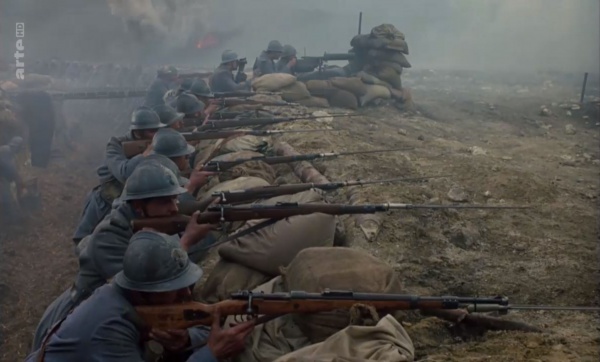 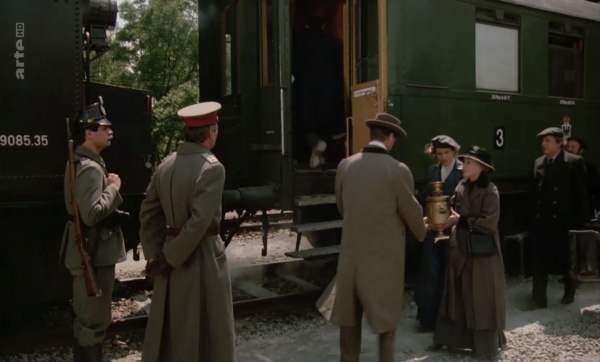 A German Border Guard with his Karabiner next to the pausing train.

Some Steyr Mannlicher M1895 rifles are used by French and German soldiers. 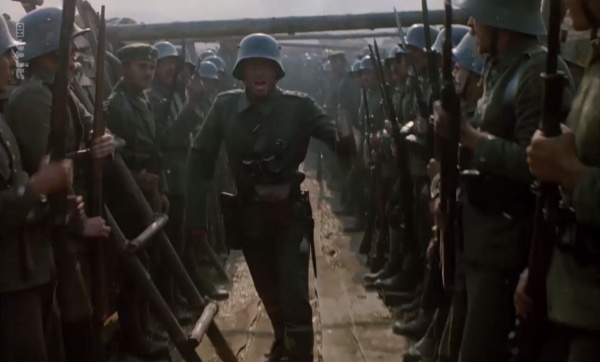 A Steyr is seen second from the left. 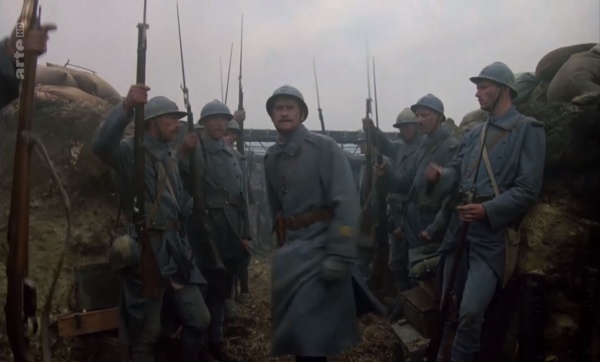 A French soldier on the left holds the Steyr. Like the Kar98s, the Steyr rifle also has a side-mounted Rosalie bayonet instead of the Austrian Bajonett M95.

French soldier with their Lebels.

What appears to be anachronistic Vz.16/33 Czech Mauser carbines are wielded by German soldiers at the train station in Frankfurt and Berlin. 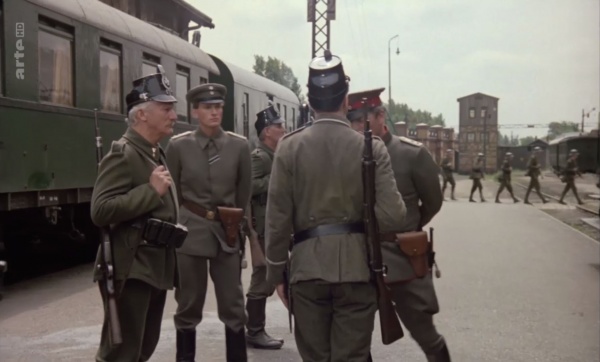 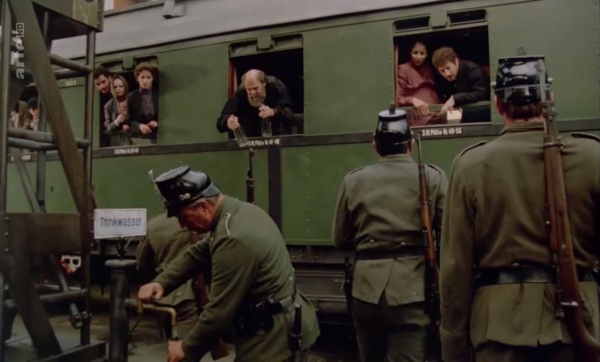 A closer view of a carbine slung by a soldier.

An accurate Imperial Mosin Nagant 1891 is seen used by a Russian soldier in Lenin's vision of the execution of his brother. 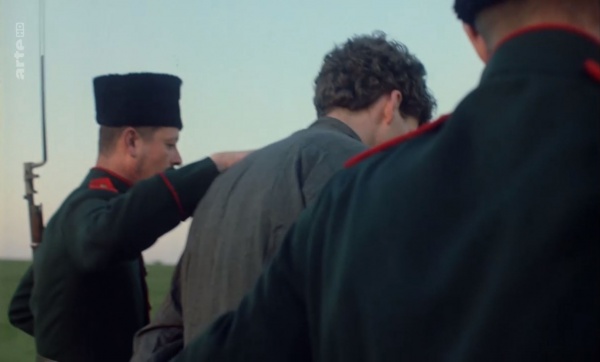 The barrel with the bayonet is seen on the left. 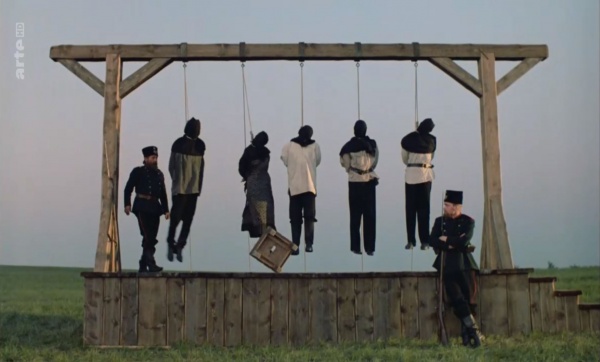 A full view from far away. 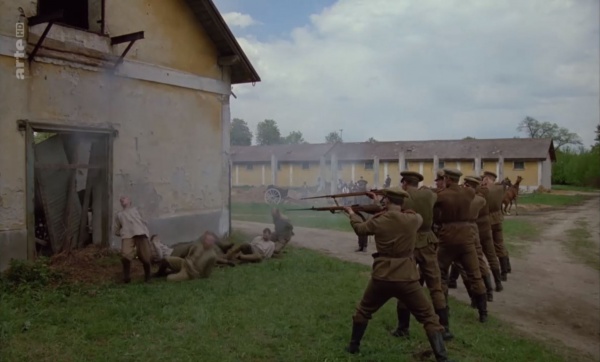 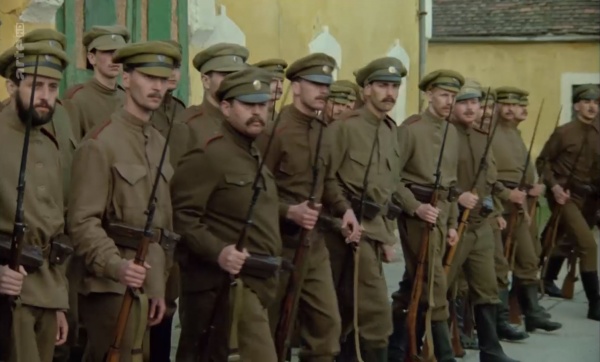 Many Russian soldiers hold their M91/30 rifles during the speech of Alexander Kerensky.

A Russian soldier can briefly be seen with a Berdan No. 2 Rifle. 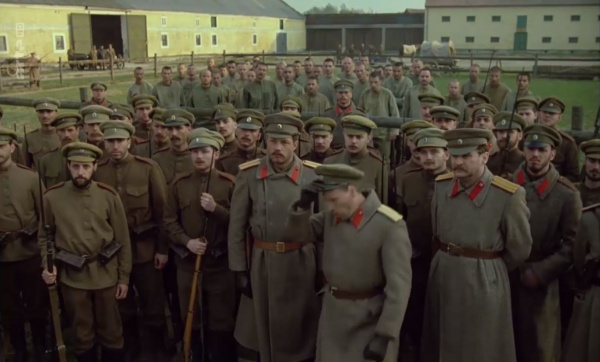 The soldier left to the officers holds his Berdan Rifle. 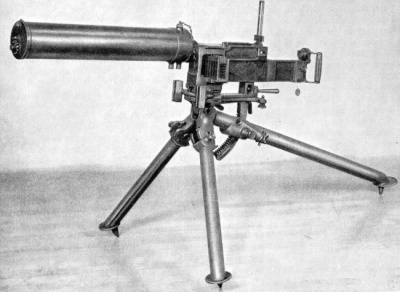 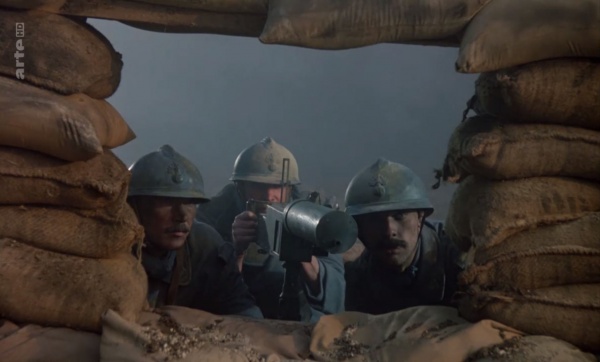 French soldiers with the prepared Fiat-Revelli. 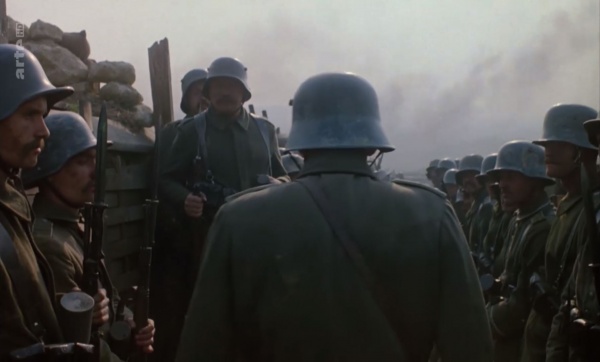 German soldiers on the left with tucked Stielhandgranates in their belts.

At least, one correct Model 17 Stielhandgranate is held by the young German soldier. 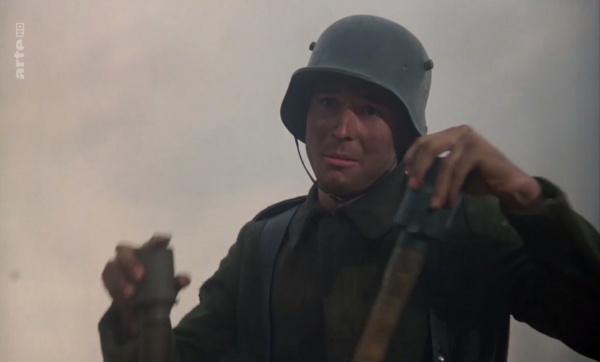 The young German soldier removed his grenades from his belt. The right one is an M17 which can be identified by the belt clip.
Retrieved from "https://www.imfdb.org/index.php?title=Lenin...The_Train&oldid=1521098"
Categories: