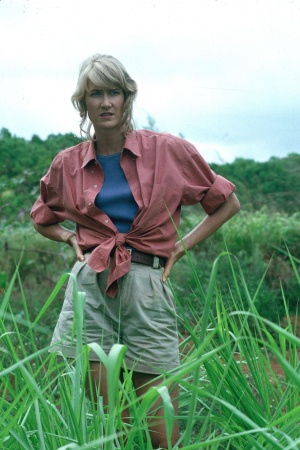 Laura Dern is an American actress who is known for her numerous collaborations with director David Lynch on several films, including Inland Empire, Blue Velvet, and Wild at Heart (1990) in addition to her notable roles in such films as Jurassic Park, A Perfect World, Star Wars: The Last Jedi, and Rambling Rose, the latter of which she was nominated for the Academy Award for Best Actress. In 2020, she received the Academy Award for Best Supporting Actress for her role as Nora Fanshaw in the 2019 Netflix film Marriage Story. She also is the daughter of actor Bruce Dern and actress Diane Ladd.