Lady Into Lassie (also released as The Aristocratic Peasant Girl; original title Baryshnya-krestyanka) is a Russian 1995 screen adaptation of a well known short story by Aleksandr Pushkin, directed by Aleksey Sakharov. Liza Muromskaya, daughter of a landlord, is interested in Aleksey Berestov, but Liza's and Aleksey's fathers are on bad terms, and there is no chance that Liza will be allowed to meet Aleksey. So the young lady dresses herself as a peasant girl and secretly went to forest where Aleksey often goes for hunt.

The following weapons were used in the film Lady Into Lassie (Baryshnya-krestyanka):

When Aleksey Berestov (Dmitriy Shcherbina) goes hunting, he carries a percussion cap musket. This is a military style gun, looking very similar to two-band Enfield Pattern 1856 Army Short Rifle, except for the lack of military rear sight (instead the musket is fitted with a simplified iron sight, like the one used on Enfied 1856 Cavalry Carbine).

Modern replica of 1856 Enfield Short Rifle, manufactured by Chiappa Firearms - .58. This replica is based on Navy Short Rifle; unlike Army Short Rifle, it has the sling swivel on the trigger guard, not on the buttstock. 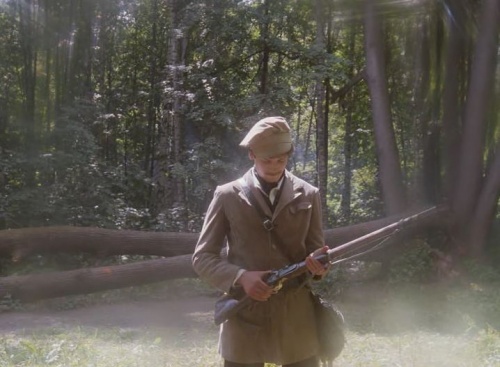 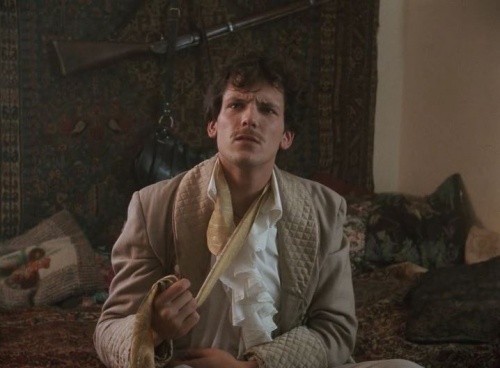 The musket on the wall. 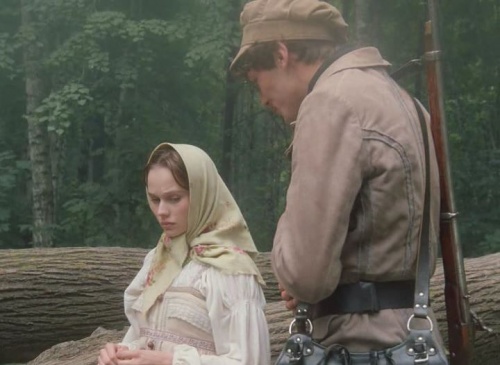 Aleksey carries his musket when he meets Liza. 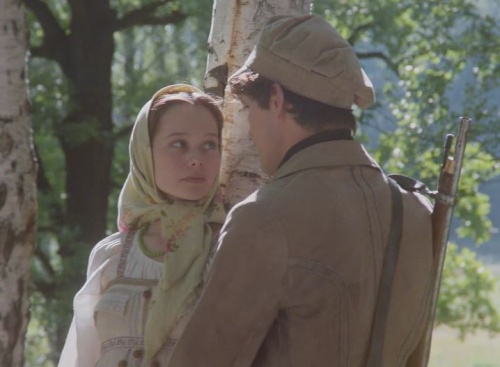 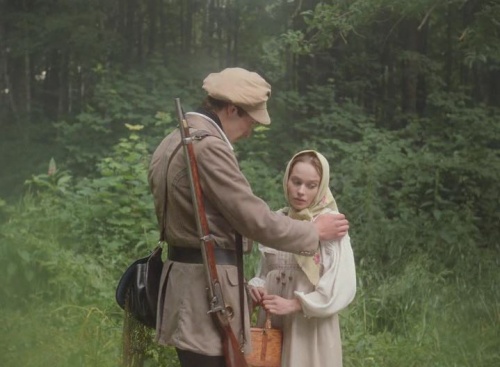 A view of Aleksey's gun from another side. 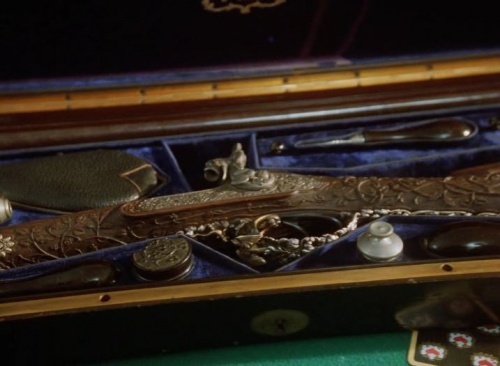 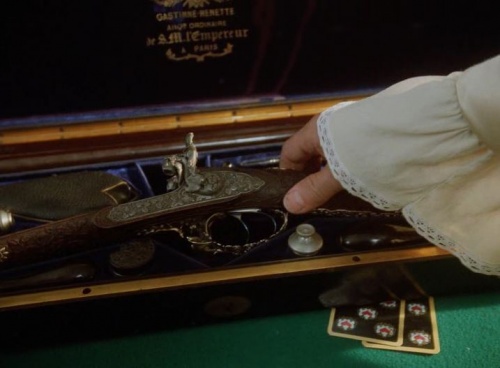 The disassembled shotgun in case. 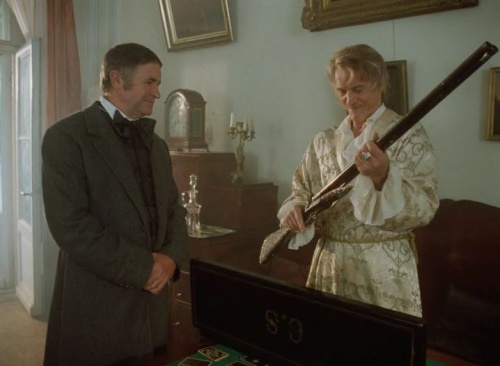 Ivan Berestov assembles the barrels to the stock. 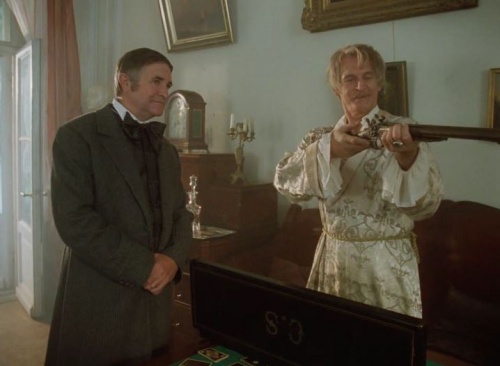 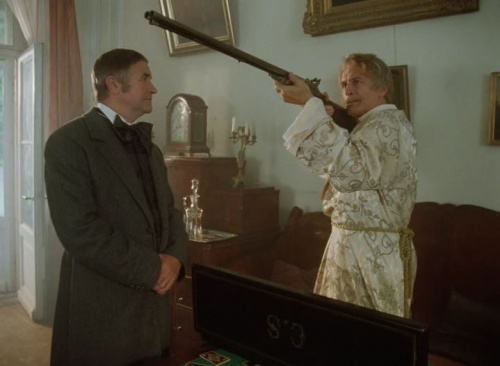 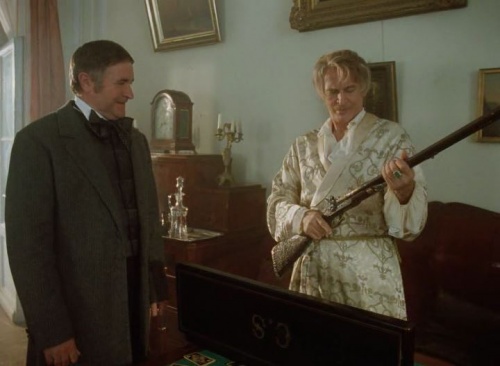