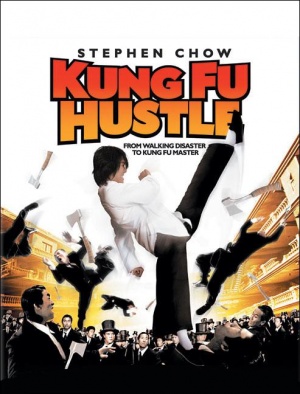 The following weapons were used in the film Kung Fu Hustle:

The Mauser C96 can be seen throughout the film as several Axe gang members carry this WWI era pistol. You can tell it is a C96 and not a Chinese Type 17 as the magazine does not extend past the trigger guard. 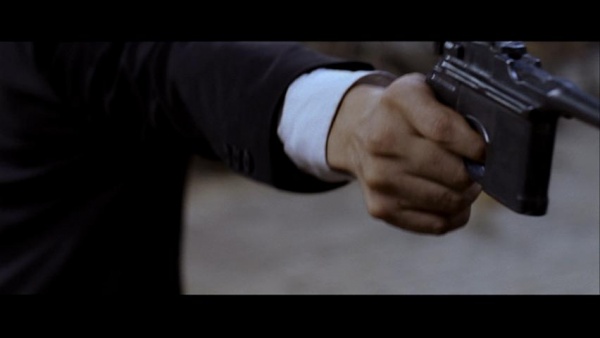 A Mauser C96 in the hand of an Axe gang member. 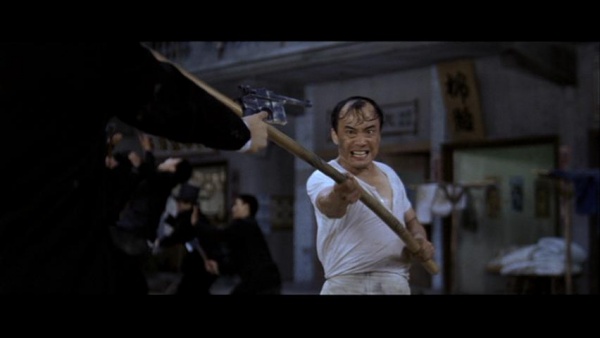 The same C96 about to get destroyed by Donut's (Dong Zhi-hua) staff. 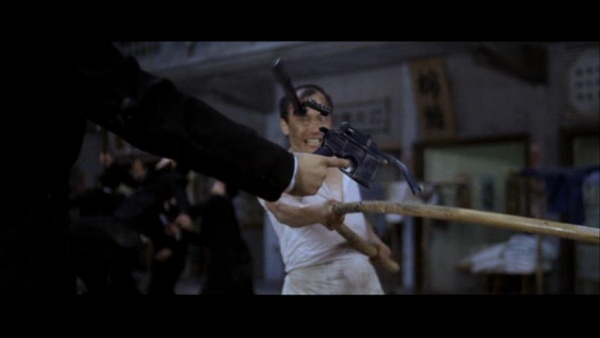 Donut (Dong Zhi-hua) destroys the C96 with his staff.

A few Axe gang members can be seen wielding the Webley Mk VI. 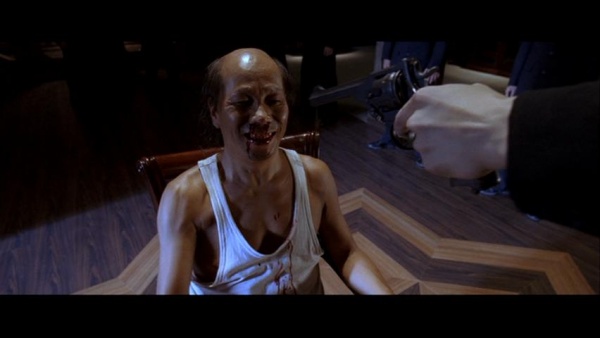 An Axe gang member points his Webley at The Beast (Bruce Leung Siu-lung).

At the beginning of the film, many members of the Axe gang use the M1928A1 Thompson to gun down members of the Crocodile gang. They were also seen when the Axe gang were in Pig Sty Alley as they pulled them out of the trunks of their cars but they were quickly dismantled by Donut's staff.

M1928A1 Thompson with 50-round drum magazine - .45 ACP. The in-film model does not have a Cutts compensator. 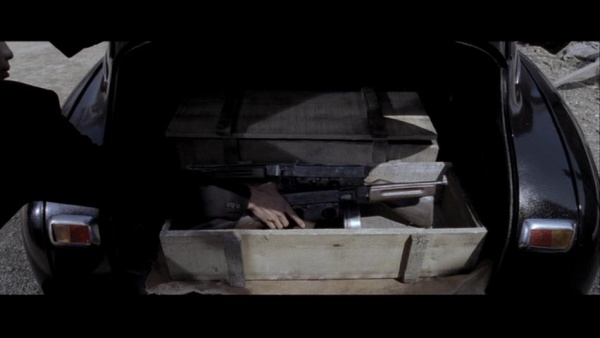 Axe gang members pull out Thompson submachine guns from a crate in the trunk of a car. 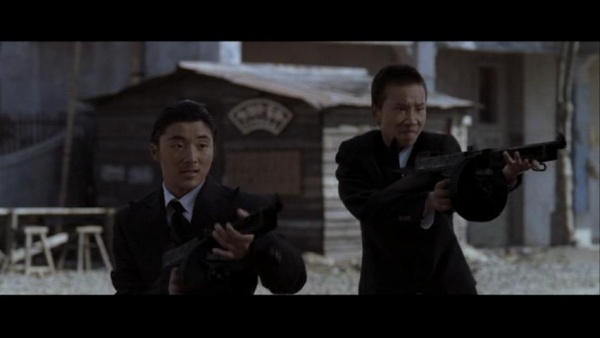 Axe gang members with their Thompsons fitted with 50-round drum magazines prepare to fire ... 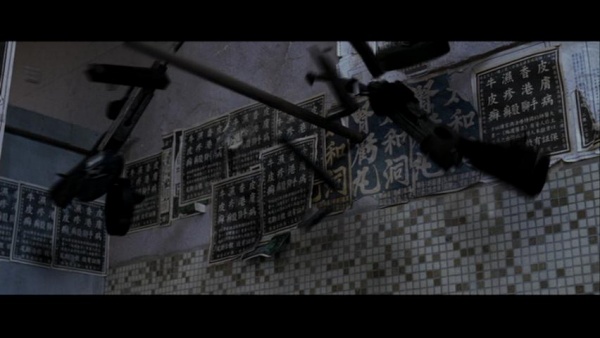 ... only to have them plucked from their hands and smashed into a wall by a staff thrown by Donut.

The Winchester Model 1897 is used by the Axe gang boss Brother Sum (Danny Chan Kwok-kwan) at the beginning of the film. It is fitted with an unusual looking pistol grip instead of the full stock. 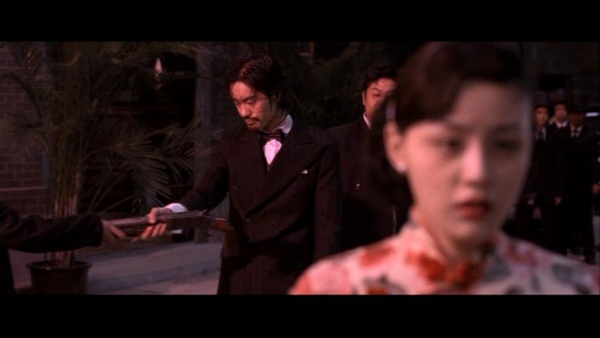 Brother Sum (Danny Chan Kwok-kwan) takes the shotgun that was handed to him by a gang member. 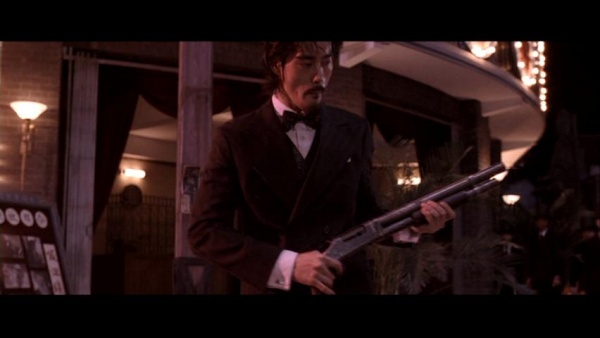 Sum dances with the shotgun in his hands after killing the Crocodile gang's boss's wife.
Retrieved from "https://www.imfdb.org/index.php?title=Kung_Fu_Hustle&oldid=1274474"
Categories: