Kruglyanskiy Bridge (Kruglyanskiy most) is a Soviet 1990 (filmed 1989) war drama directed by Aleksandr Moroz and based on the novel by Vasil Bykov. In November 1942 in Nazi-occupied Belorussia four partisans are sent on a mission to destroy a small wooden bridge near the village of Kruglyany.

Maslakov (Vladimir Bobrikov), the commander of the group, carries a PPSh-41 submachine gun. When Maslakov is killed in action, his PPSh is used by Stepan Tovkach (Aleksandr Kukareko) and Danila Shpak (Pyotr Soldatov). 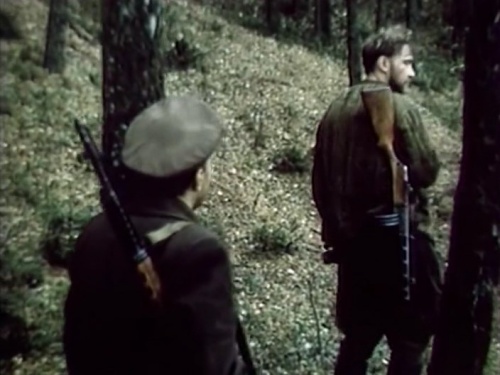 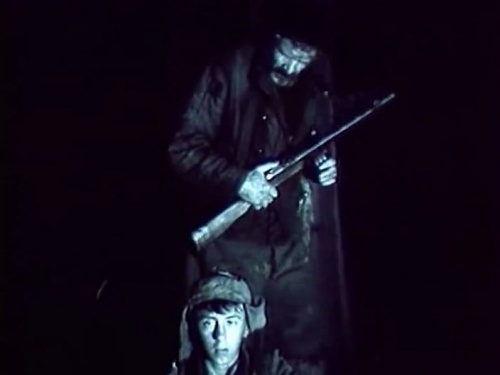 Danila with the PPSh. 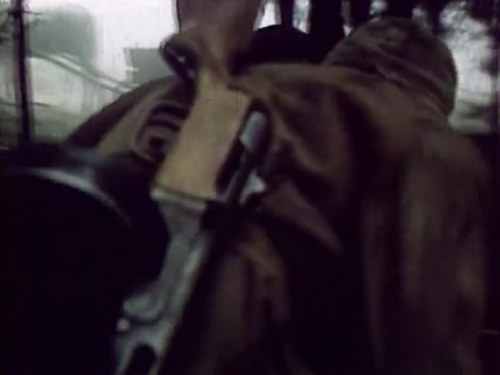 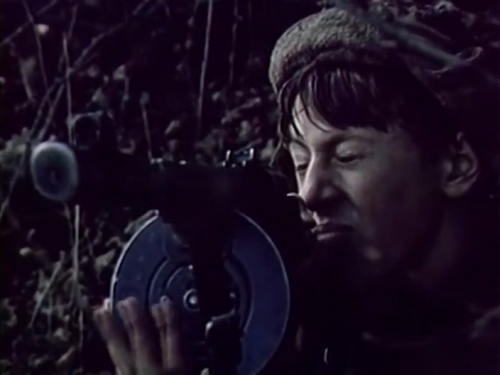 Stepan fires the PPSh at the guards on the bridge. 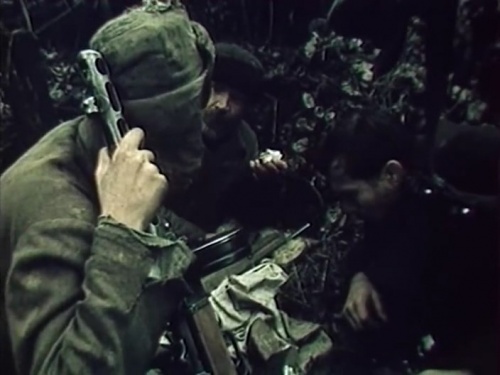 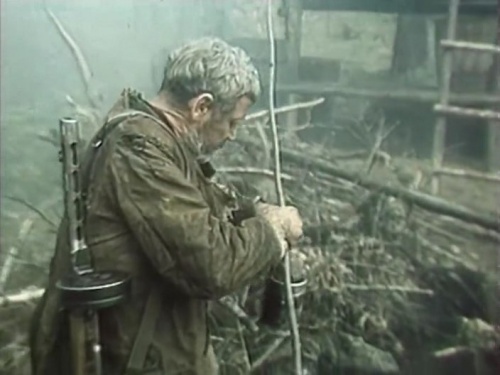 Danila carries the PPSh in the final scene.

Some partisans are armed with MP40 submachine guns. 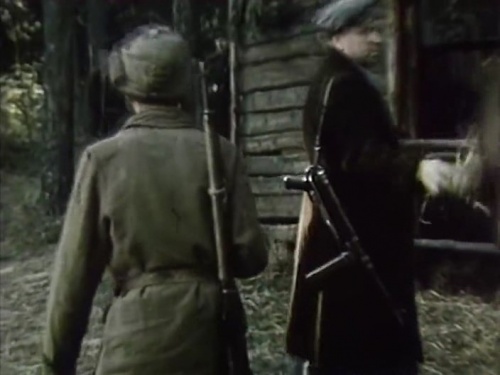 A partisan carries an MP40. 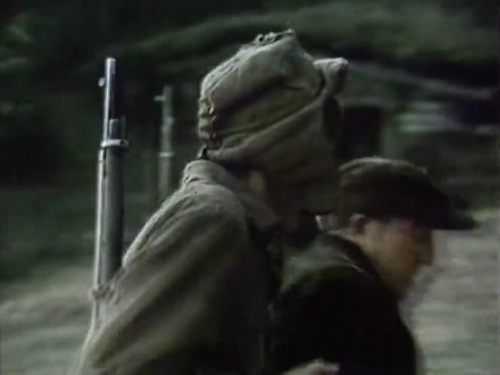 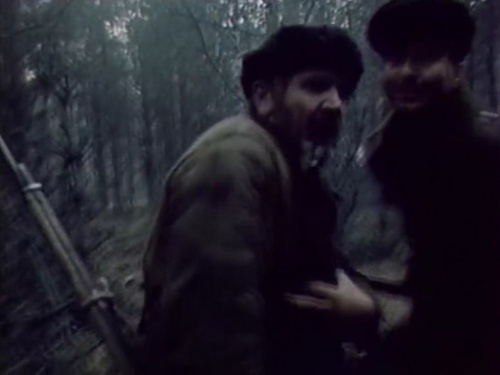 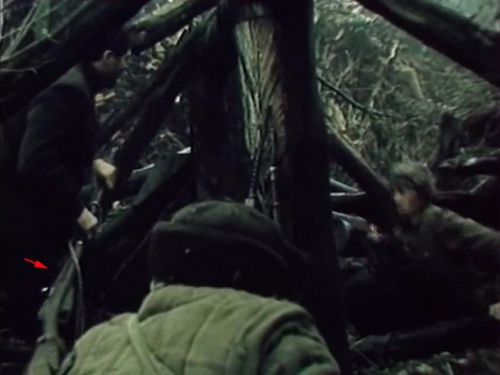 During the confrontation between Stepan and Britvin (Vladimir Gritsevskiy), the latter grabs the M91 rifle. 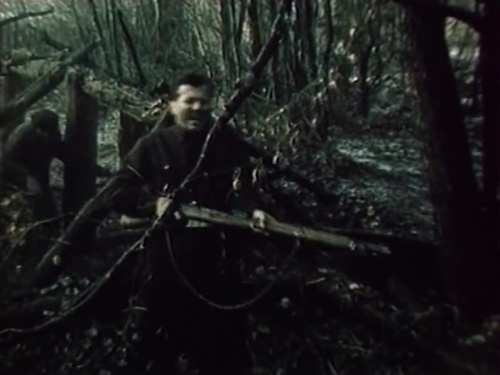 The M91 in Britvin's hands. 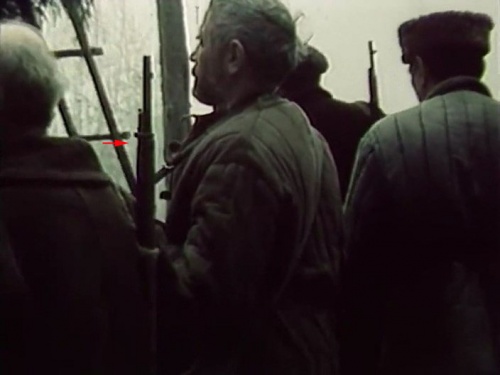 Most partisans are armed with Mosin Nagant M1891/30 rifles. 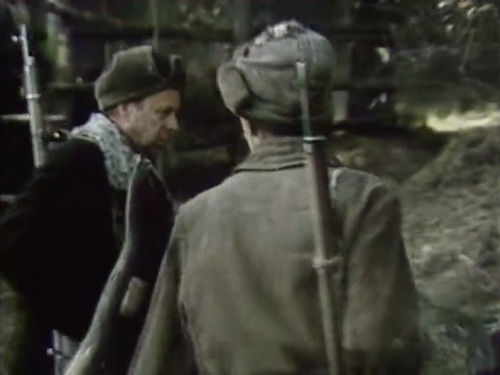 A partisan at the left carries an M91/30 rifle. 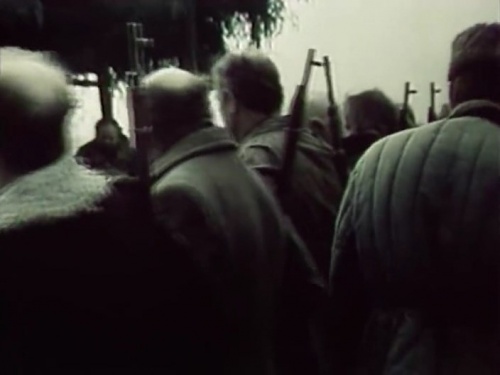 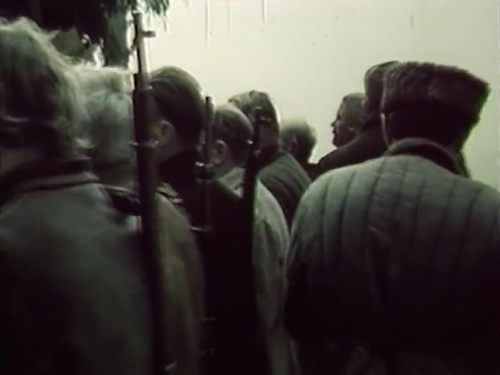 Most partisans in the formation carry M91/30 rifles. 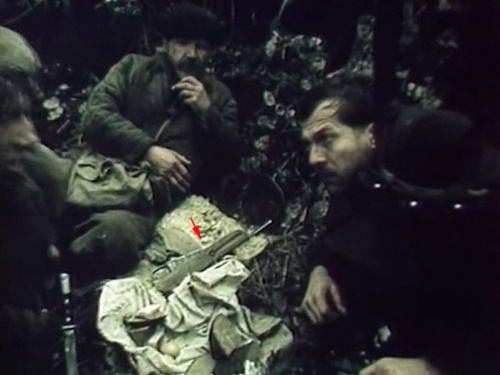 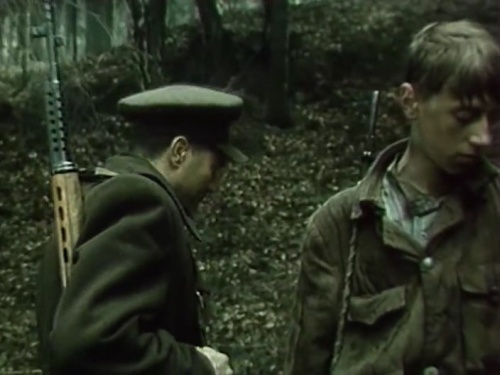 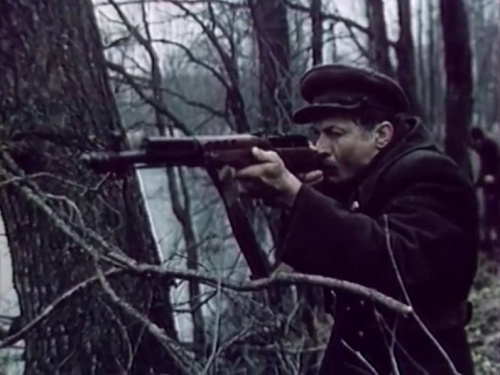 Britvin fires at the guards on the bridge.

Hilfspolizei on guard of the bridge, notably Mitya's father (Leonid Dyachkov), carry Karabiner 98k rifles. Due to a continuity error, Stepan Tovkach's (Aleksandr Kukareko) M91 switches to a Kar 98k when he and Maslakov go to the bridge. 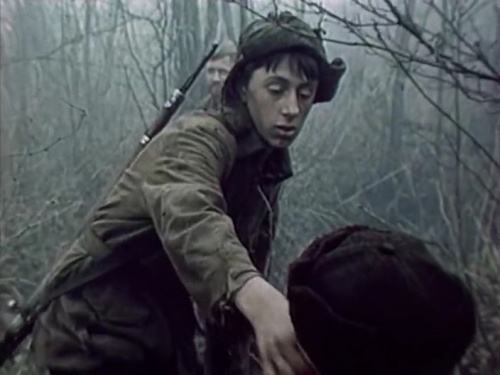 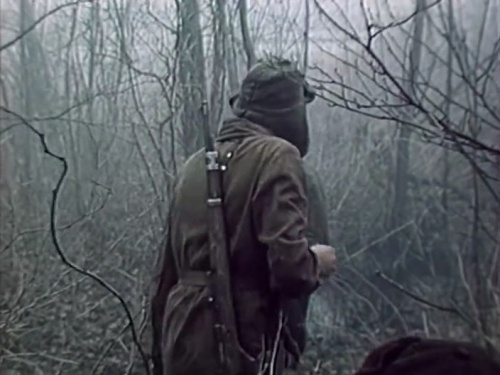 Another view of Stepan's Kar 98k. 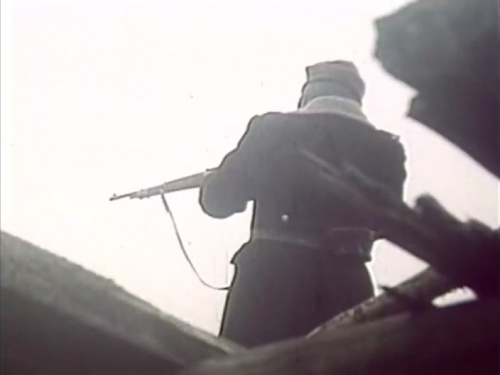 A Hilfspolizei on the bridge. 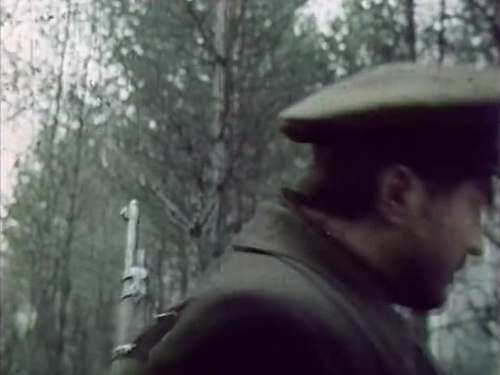 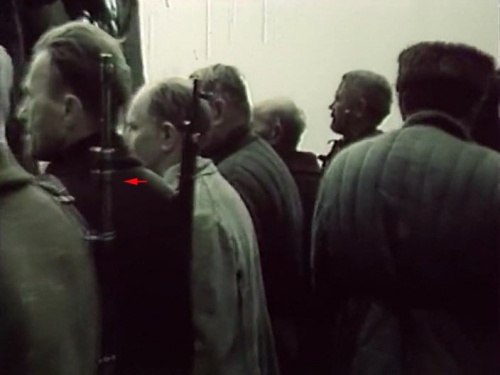 A partisan carries a Kar 98k in the final scene.
Retrieved from "https://www.imfdb.org/index.php?title=Kruglyanskiy_Bridge_(Kruglyanskiy_most)&oldid=1459516"
Categories: