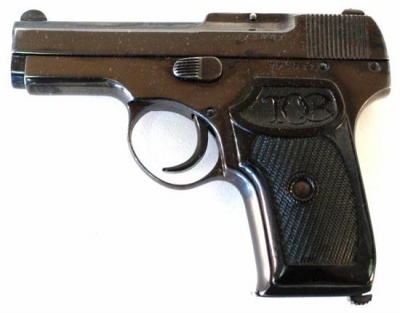 The Korovin TK (Tula, Korovin - design of Korovin made in Tula) was the first Soviet-made semiautomatic pistol. This pistol was intended for sporting and civilian use. Most of these pistols were issued as self-defense weapons for top officers of the Red Army and important officials of the Communist party and Soviet government, or were used as gifts or awards for various achievements.

The Korovin TK and variants can be seen in the following films, television series, video games, and anime used by the following actors: