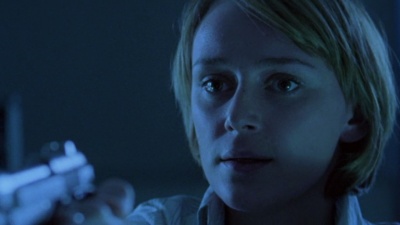 Keeley Hawes as Zoe Reynolds takes with with her Beretta 85 in the MI-5 Season 2 episode "I Spy Apocalypse" (S02E05).

Keeley Hawes (born Claire Hawes on 10 February 1976) is an English actress best known for her prolific television performances. She also provided the voice of Lara Croft for a series of Tomb Raider video games released between 2006 and 2014 (separate from the revamped series started in 2013, starring Camilla Luddington).

She has been married to Matthew Macfadyen (her co-star in MI-5) since 2004.