Julie Strain (1961-2021) was an American actress, Penthouse model who was best known as The Queen of B Movies and starred in Andy Sidaris's Triple B series of mature rated action movies and later Heavy Metal 2000. Sadly, Julie Strain passed away at the age of 58 on January 10th 2021. 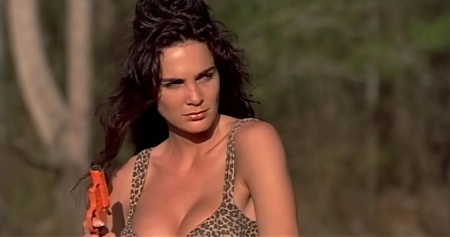 Julie Strain as Jewel Panther with an Orion Flare Gun in Enemy Gold (1993).