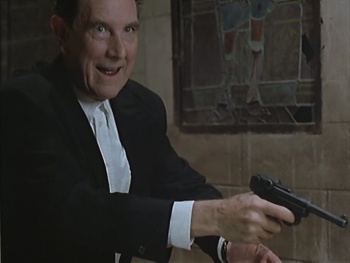 John Wood (July 5, 1930 – August 6, 2011) was an English stage and screen actor. He appeared in many roles in Shakespeare's plays. His screen career include over sixty movies and TV shows.