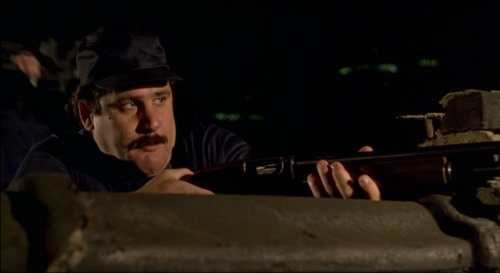 James Angelo Baffico (born January 1, 1942) is an American actor, television soap opera director, producer and script writer. He has a Ph.D. from the University of Michigan and both an M.A. and B.A. from the University of Nebraska. His most well known role is the crazed Philadelphia S.W.A.T. officer "Wooley" in George A. Romero's Dawn of the Dead.