Jaimie Alexander holds a Browning A-Bolt as Sarah Torrance in The Last Stand (2013). 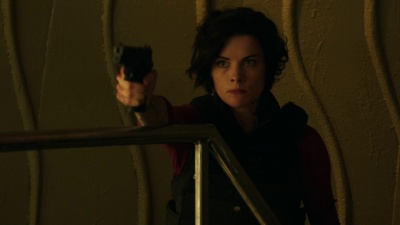 Jaimie Alexander is an American actress well known for her roles as Lady Sif in three Thor feature films and Marvel's Agents of SHIELD and as Jane Doe in the NBC series Blindspot. She returned to voice Sif in the Disney+ animated series What If...?.