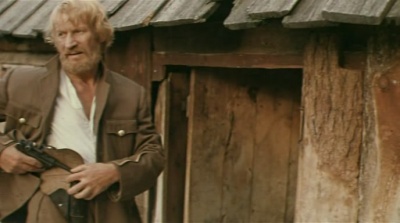 Ivan Krasko with a Luger P08 as Ivan Solovyov in The End of the Emperor of the Taiga (Konets imperatora taygi) (1978).

Ivan Ivanovich Krasko (born September 23, 1930) is a Soviet and Russian stage and screen actor. He started his cinema career in 1965 and appeared in many movies and TV series, mostly in secondary roles. His son Andrey Krasko was also a well-known actor.