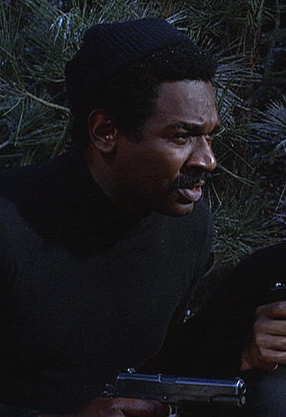 Ivan Dixon was an African-American actor, most recognized as the radio operator Ivan Kinchloe in the television series Hogan's Heroes. Dixon left the cast before the last season, and the role was replaced by another African American radio operator named Sgt. Baker, played by Kenneth Washington. Besides his career as an actor, he was also a prolific director, directing episodes of Magnum, P.I., Airwolf and The A-Team and features like Trouble Man and The Spook Who Sat by the Door.