The Ipcress File is a 1965 spy thriller starring Michael Caine as Harry Palmer, a British army sergeant secretly working for the Ministry of Defence. The film, which was directed by Sidney J. Furie, was adapted from the Len Deighton novel of the same name. Michael Caine would return as Palmer in four more films including 1966's Funeral in Berlin and 1967's Billion Dollar Brain.

The following weapons were used in the film The Ipcress File:

In the opening credits, Harry Palmer (Michael Caine) checks a Mauser Pocket Pistol, but doesn't use it in the film after that. 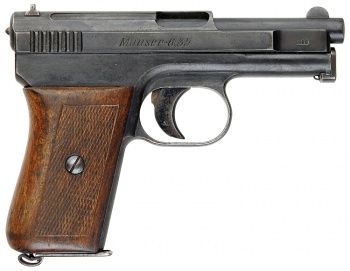 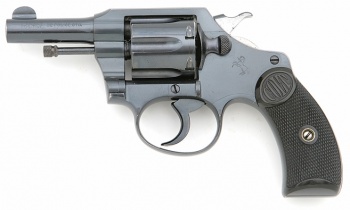 When Palmer thinks that there is an intruder in his apartment, he breaks down the door and finds Jean (Sue Lloyd) with his Walther PPK. Upon her asking where he got it, he jokingly replies that his mother gave it to him. 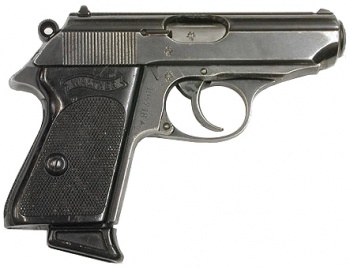 Harry looking through his keyhole, finding a Walther PPK aiming at the door

An enemy agent aiming a Walther PPK at Palmer.

Palmer steals a Luger P08 while escaping from the brain-washing facility and uses it in the final confrontation with Ross and Dalby.

Note the breechblock is at the rearmost position.

Palmer uses a Sterling sub-machine gun during his meeting with enemy agents in the parking lot. 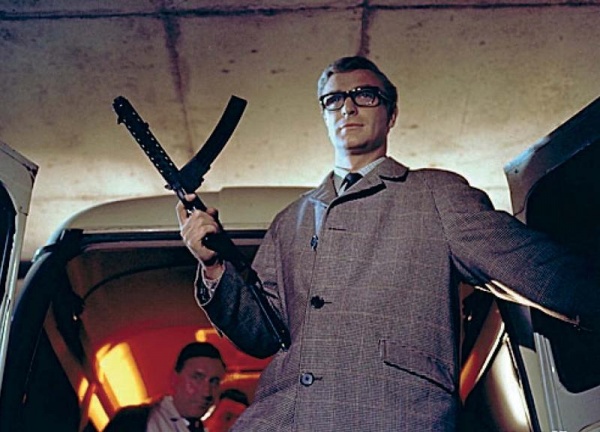 Publicity photo of Michael Caine with a Sterling

Enemy agents in the parking lot meeting use MP40s.

Some Lee-Enfield No. 4 Mk I rifles can be seen in the secret armory. One of them with the attached grenade discharger cup. 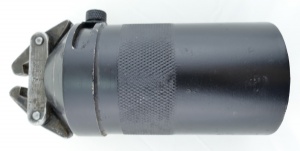 Cup type grenade discharger for the Lee-Enfield No.1 Mk.III.

The numerous Mills Bombs lying on the shelves of the secret armory
Retrieved from "https://www.imfdb.org/index.php?title=Ipcress_File,_The&oldid=1316030"
Categories: