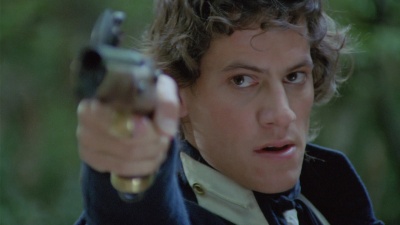 Ioan Gruffudd as Mr. Fantastic in Fantastic Four: Rise of the Silver Surfer.

Ioan Gruffudd (born October 6, 1973) is a British Welsh actor. He won public attention for the role of Fifth Officer Harold Lowe in Titanic (1997) and then became best known for the role of Royal Navy officer Horatio Hornblower in a series of historical war filmes based on the works of C.S. Forester.