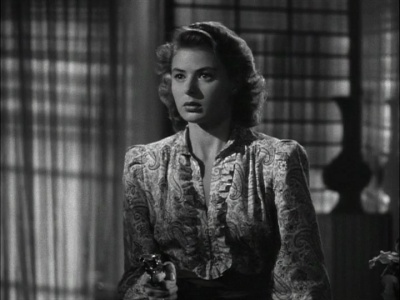 Ingrid Bergman (1915-1982) was a Swedish-born actress whose credits include Casablanca as well as several films directed by Alfred Hitchcock. She also was the mother of actress Isabella Rossellini.