In the Shadow (Czech original: Ve stínu) is 2012 coproduction crime drama directed by David Ondrícek. The story is set in Czechoslovakia during the two weeks before the currency reform in the spring of 1953. Starring Ivan Trojan and Sebastian Koch.

The following weapons are featured in the film In the Shadow: 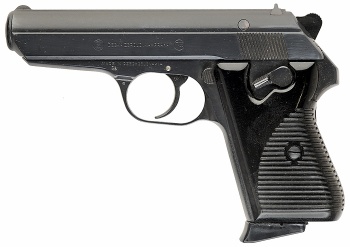 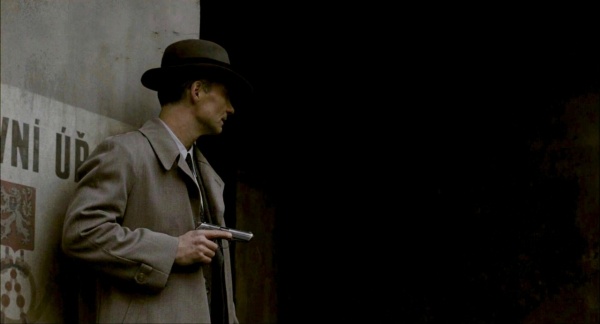 A promotional picture of Ivan Trojan as Captain Hakl with his CZ 50 pistol.

A CZ 52 is used as a murder weapon as well as a sidearm by various police (SNB) officers. 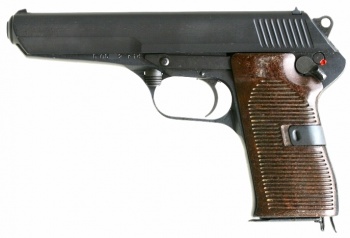 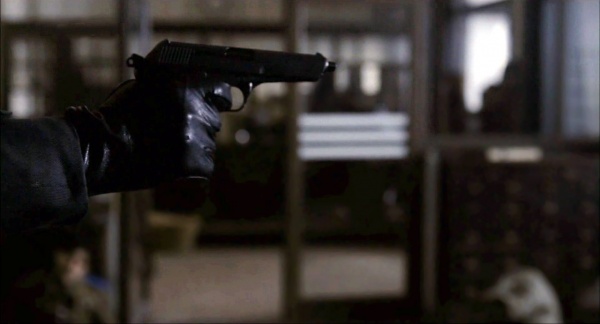 A murderer flaunts their CZ-52. 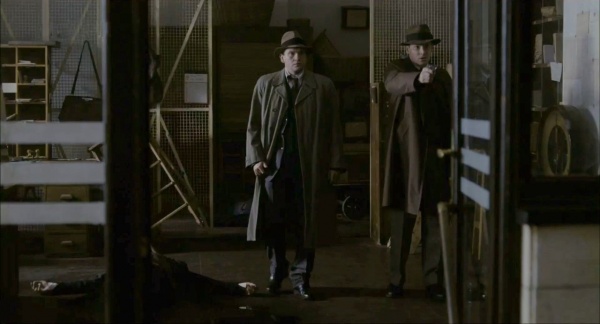 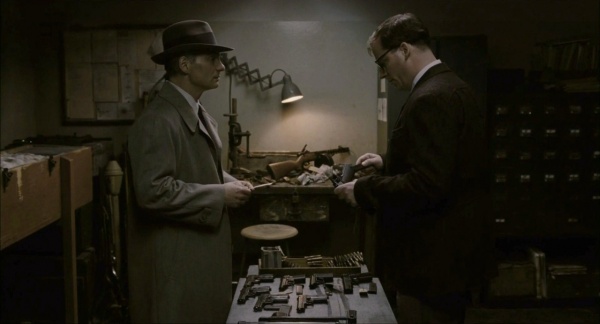 A ballistician investigates a bullet that fired from a murderer's CZ 52 pistol.

Some characters in movie are seen with a CZ 27 pistol. 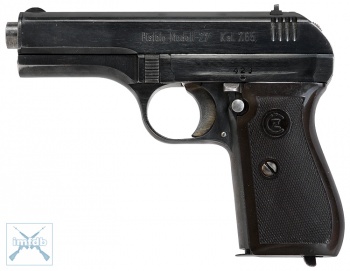 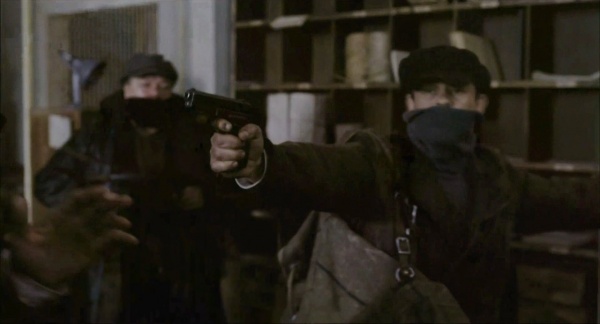 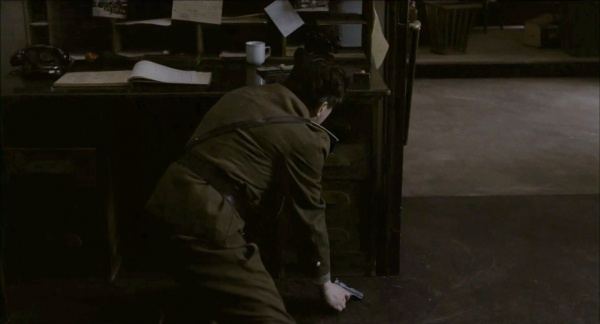 After disarming Foll, a shipment guard takes control of the CZ 27. 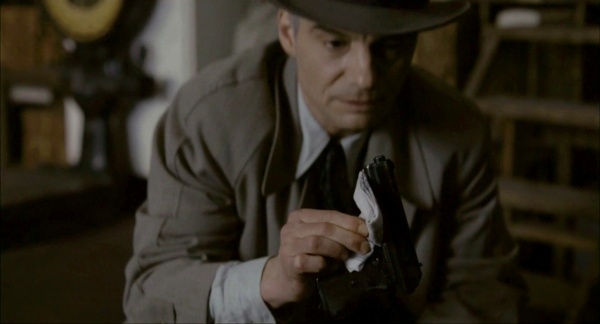 Kpt. Hakl (Ivan Trojan) picks up the CZ 27 and lays it next to a dead guard.

Several CZ 27 pistols appear in the ballistics lab on a table.

The safe-breaker Janata (Norbert Lichý) uses a MP38 submachine gun in the film, as does another character. 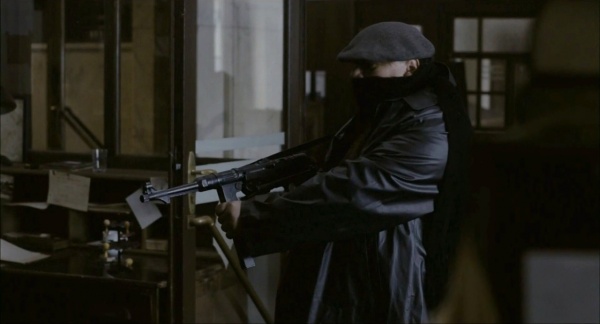 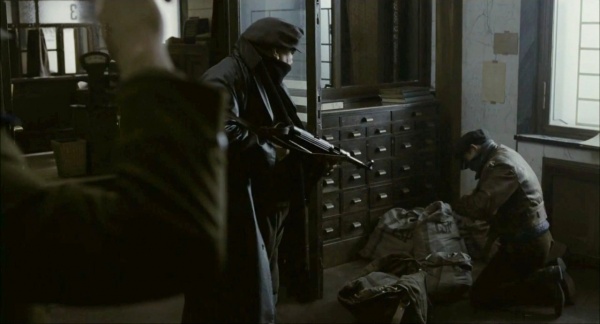 Janata turns the MP38 from a surrendered guard to point it elsewhere.

The Border Guards are armed with Sa 24 submachine guns. 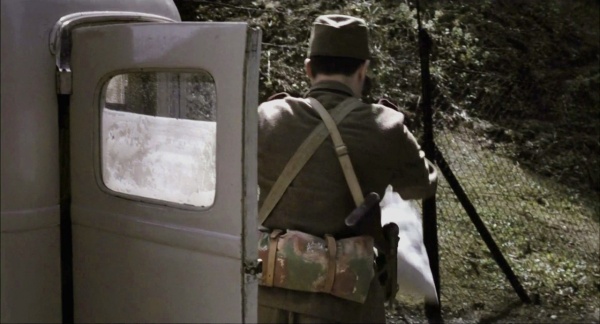 A guard with a Sa 24 inspects an ambulance. 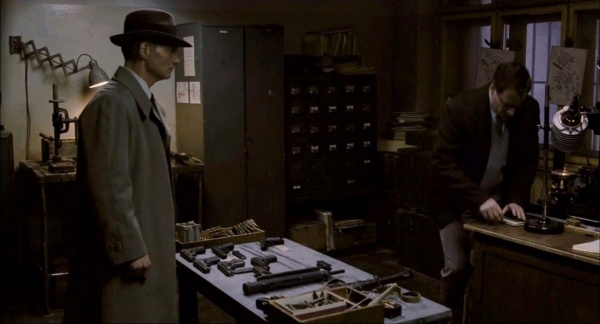 An Sa 24 sits on a table in the police ballistics lab.

The PPSh-41 is visible between the two individuals.

Leaning against a wall behind Kpt. Hakl (Ivan Trojan) lies a Panzerfaust.
Retrieved from "https://www.imfdb.org/index.php?title=In_the_Shadow&oldid=1513977"
Categories: