I Confess is a 1953 B&W film noir directed by Alfred Hitchcock and starring Montgomery Clift, Anne Baxter, O.E. Hasse, and Karl Malden. Father Michael William Logan (Clift), a Catholic priest in Quebec City, comes under suspicion for murder. He cannot clear his name without breaking the seal of the confessional of the real murderer.

The following weapons were used in the film I Confess:

In the climactic scene Otto Keller (O.E. Hasse) is armed with a Luger P08. 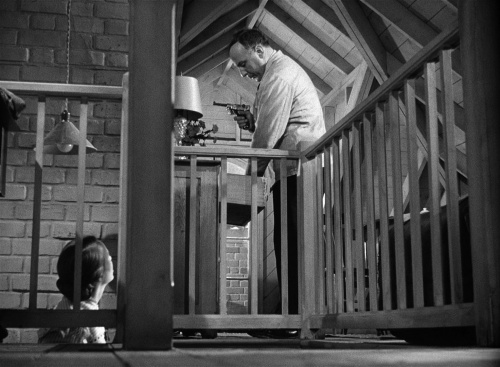 Keller takes the Luger from the drawer. 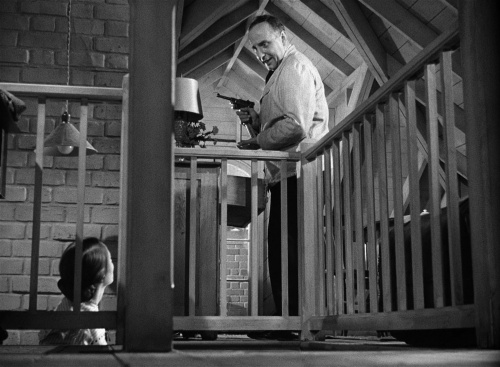 He loads the pistol. 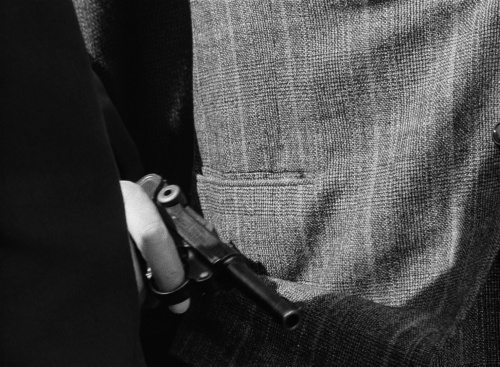 Keller draws the pistol from his pocket in the climactic scene. 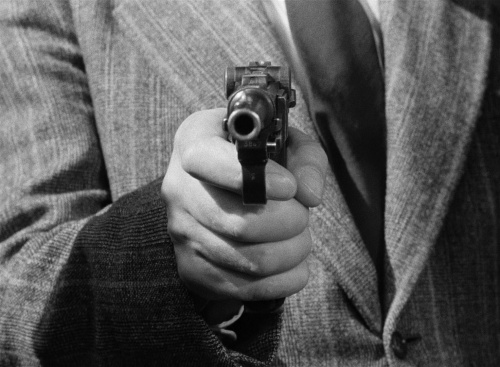 Police detectives hold revolvers in the climactic scene. Most if not all of these guns are Colts, and Colt Official Police seems to be a good guess. 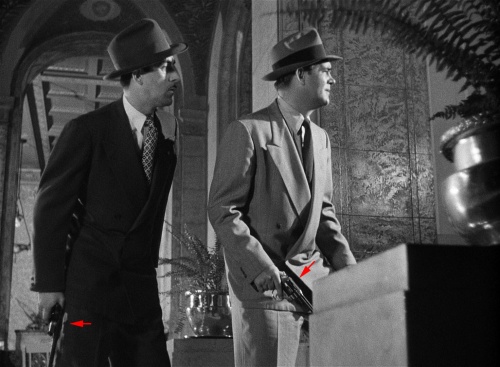 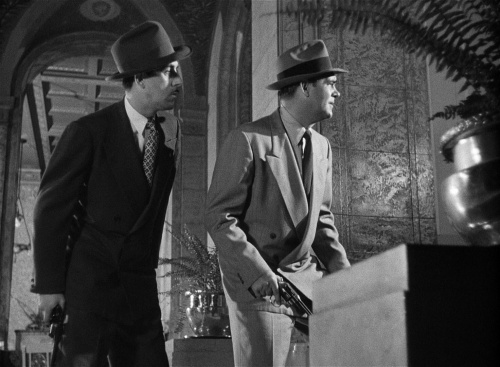 Det. Sgt. Farouche (Henry Corden) (at the left) and Det. Murphy (Judson Pratt) hold revolvers during the chase after Otto Keller in the Chateau Frontenac hotel. 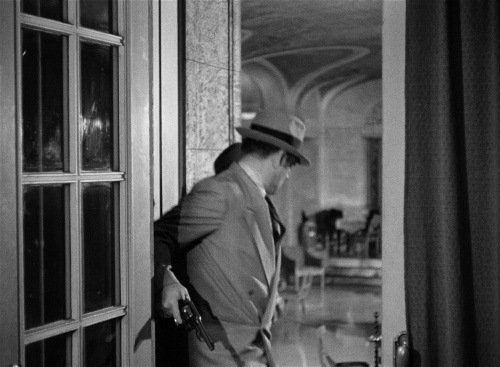 Another view of Murphy's revolver. 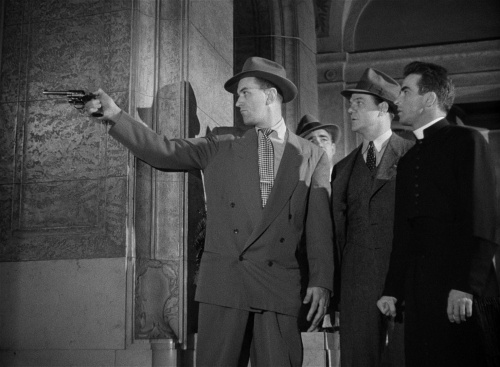 A police detective aims at Keller. 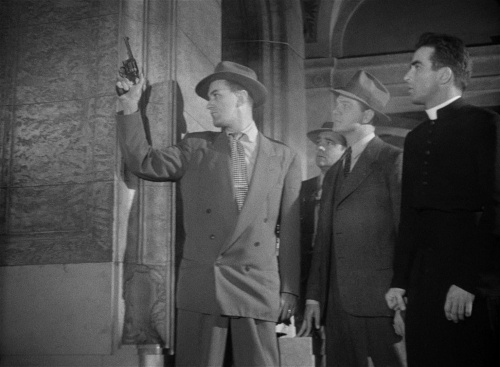 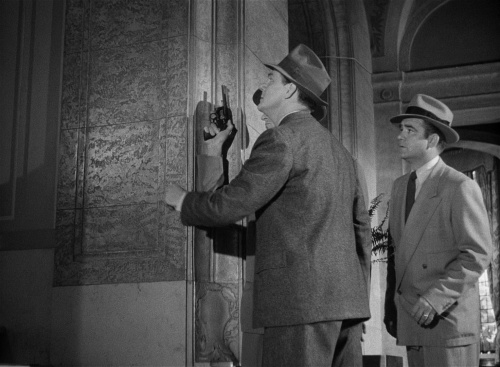 He raises the revolver after the well aimed shot. The Colt cylinder release and the unsupported extractor rod are seen. 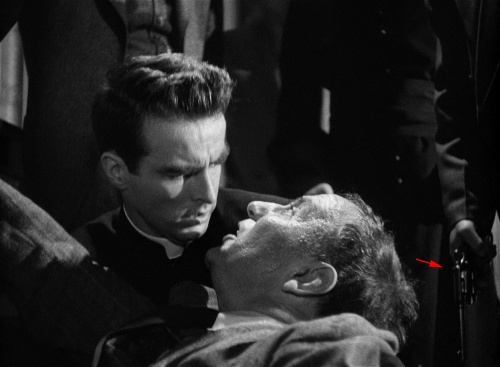 A revolver in hands of a police detective is seen at the far right.

In the flashback scene showing Michael Logan (Montgomery Clift) as a Regina Rifle Regiment serviceman during the WWII, he and other Canadian soldiers carry Lee-Enfield No.4 Mk.I rifles. 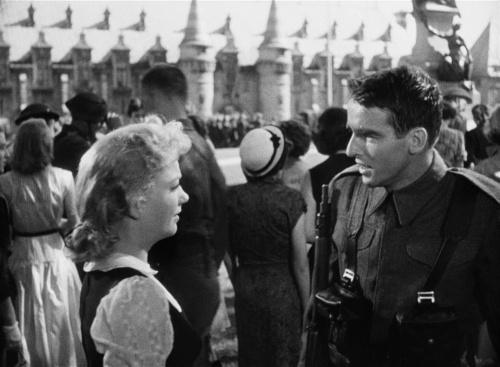 Logan holds a Lee-Enfield when he parts with Ruth. 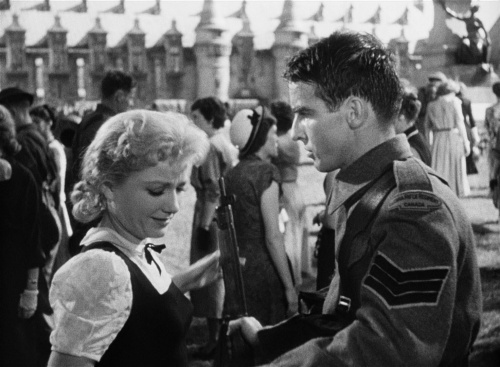 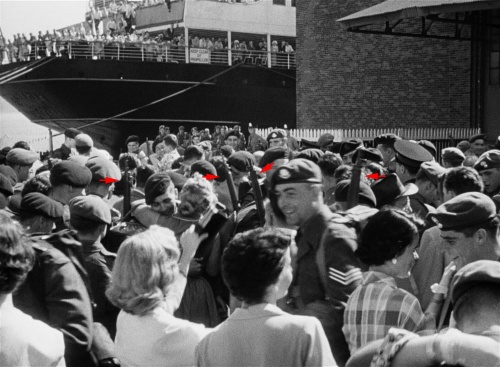 Canadian soldiers carry Lee-Enfield rifles when they return home after the war. 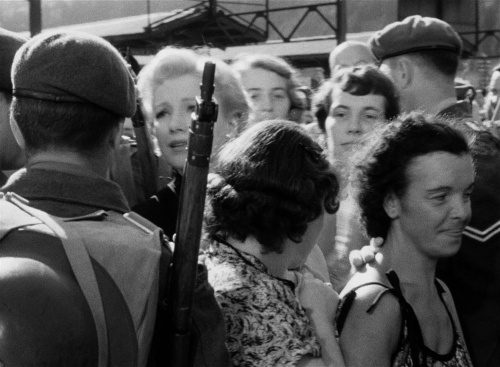 A good view of a Lee-Enfield at the foreground. The rifle is fitted with the provision for mounting of Grenade Projector No.5 rifle grenade launcher. 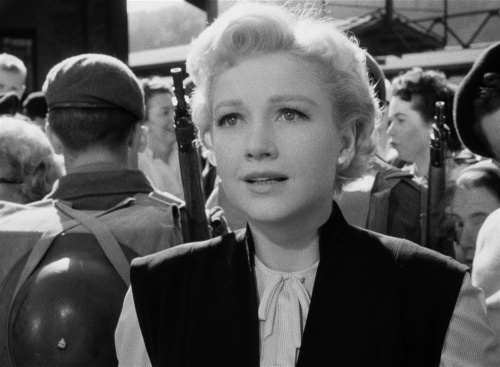