The following weapons were used in the film Hidden (Skjult):

Roy aims in the darkness.

Close up view of the scope, trigger guard and trigger. 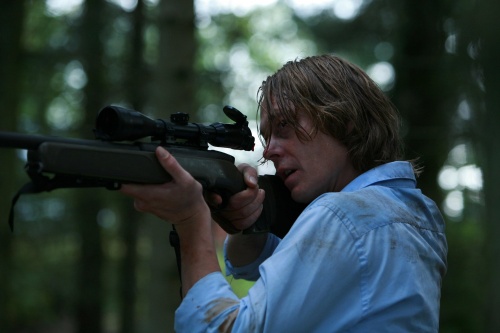 Promo shot of Kai with the rifle