The Hi-Standard Sentinel Revolver can be seen in the following productions: 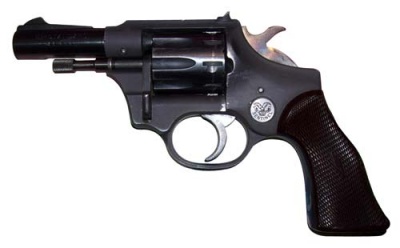 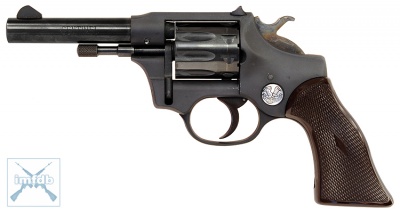 The Hi-Standard Sentinel Revolver was introduced by Hi-Standard in 1955. It is a nine shot swing-out cylinder double action revolver chambered for the 22 rimfire cartridge. The Sentinel will fire the .22 Short, Long and Long Rifle cartridges. The Sentinel was offered with the barrel lengths of 2 3/8", 3", 4" and 6". It was available in several different finishes, including blued steel, nickel, turquoise, gold and pink. Throughout it's production history it was a popular little revolver. Production ended in 1984.