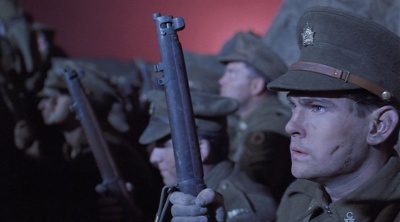 Henry Thomas holds a Lee-Enfield No. 1 Mk III* as Samuel Ludlow in Legends of the Fall.

Henry Thomas is an American actor best known for playing the lead role in the film E.T.: The Extra-Terrestrial. He was able to successfully transition from child to adult roles and continues to act today.