Grantchester is an ITV detective TV series, features Anglican vicar Sidney Chambers (James Norton) in the 1950s village of Grantchester, Cambridgeshire. Chambers investigates crimes that happen in the village, co-operating with Detective Inspector Geordie Keating (Robson Green). The series is based on short stories by James Runcie. Season 1 is based on six stories from the first book, Sidney Chambers and the Shadow of Death.

The following weapons were used in Season 1 of the television series Grantchester: 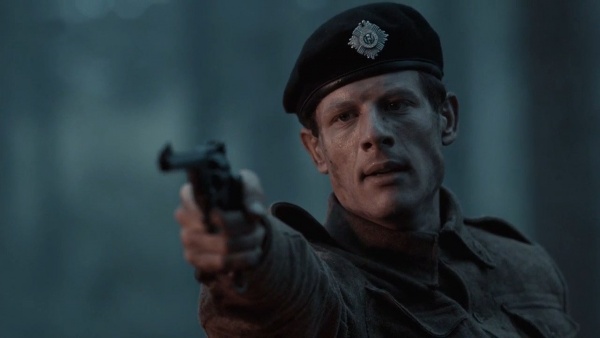 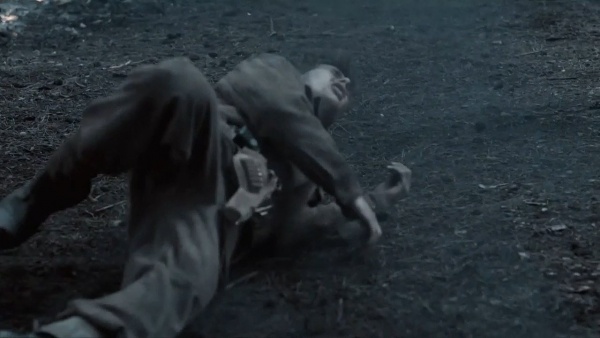 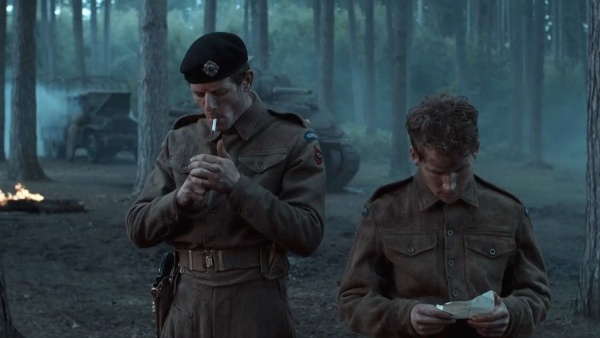 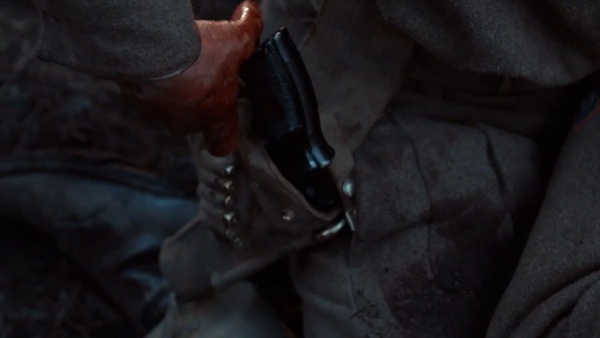 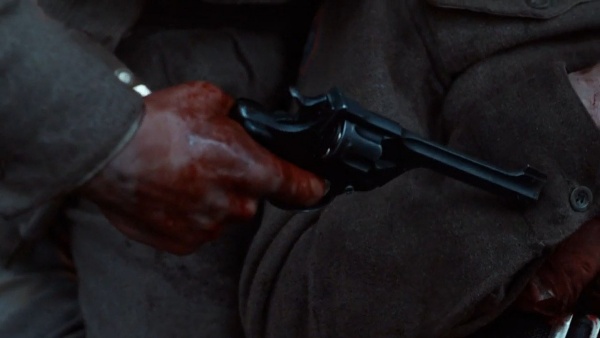 A closeup of the revolver in the same scene. 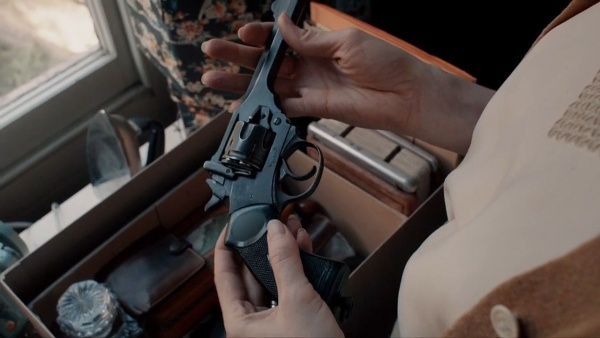 Hildegard Staunton (Pheline Roggan) holds the revolver that belonged to her late husband (Ep.1). Note the lack of Webley logo on the grip that most likely indicates that the revolver is a modern replica. 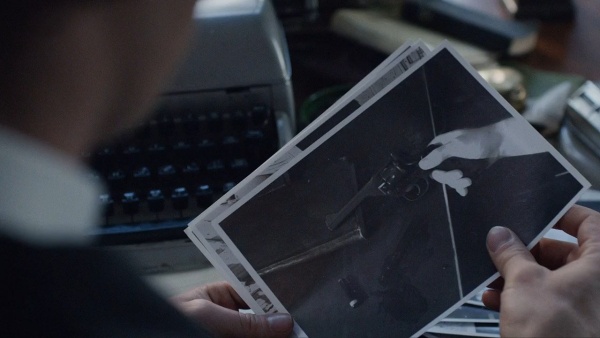 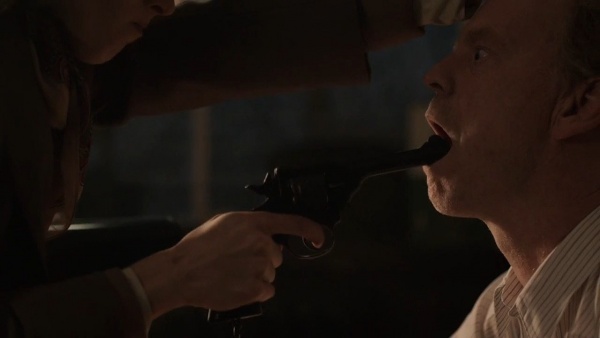 The revolver is seen in the scene of murder in Ep.1. Spoiler (highlight to see description): Annabel Morrison (Michelle Duncan) holds the revolver. 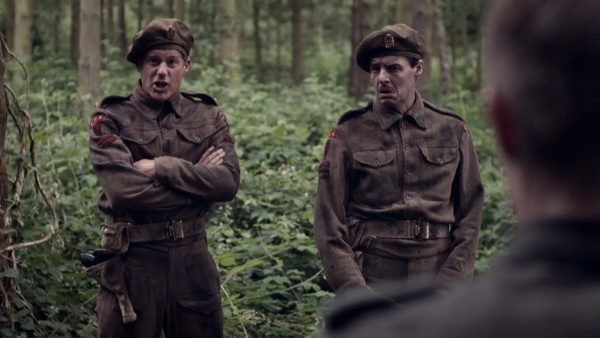 James Heath (at the left) and Robert Miller with holstered Webley revolvers in flashback scene in Ep.6. 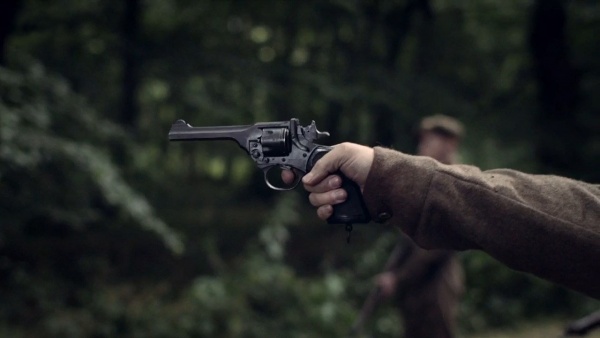 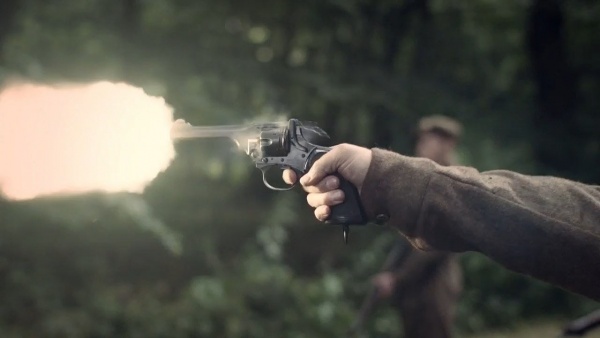 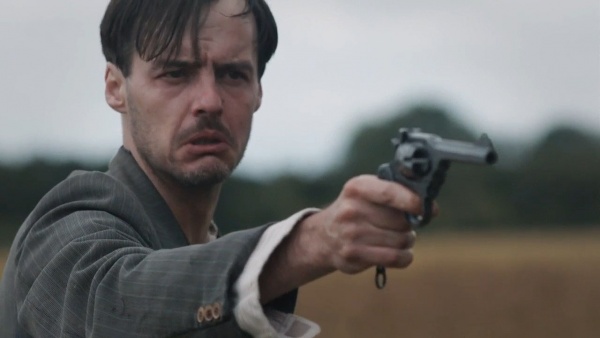 Miller aims his Webley in the climactic scene in Ep.6.

In WWII flashback scene, seen in parts throughout the season, a German soldier holds a Karabiner 98k rifle. 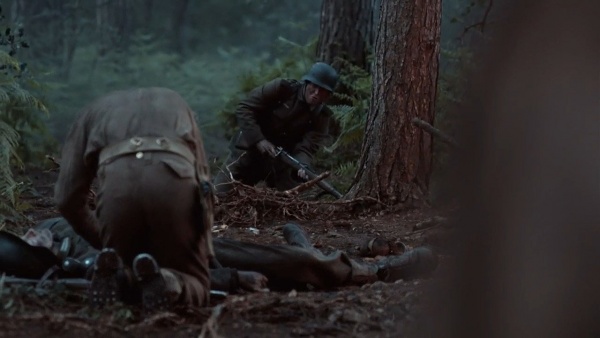 A German soldier holds the rifle at the background. 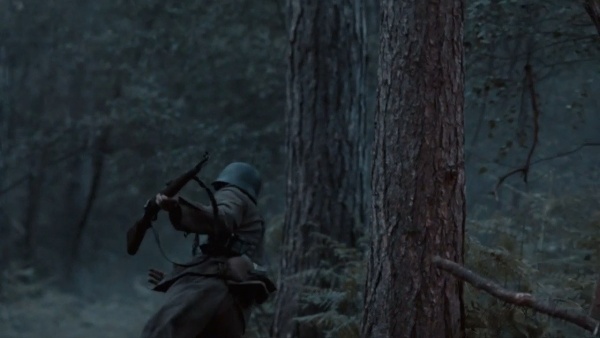 A German soldier is shot and drops his rifle. 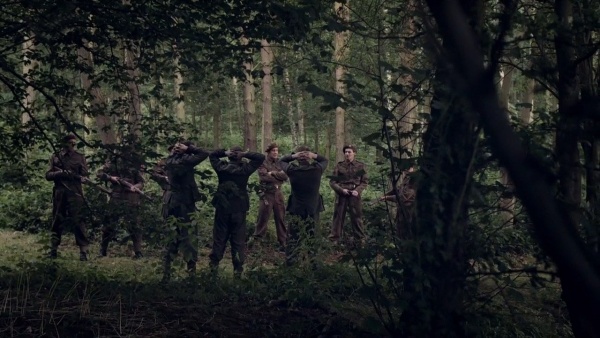 Two soldiers hold their rifles at the left. 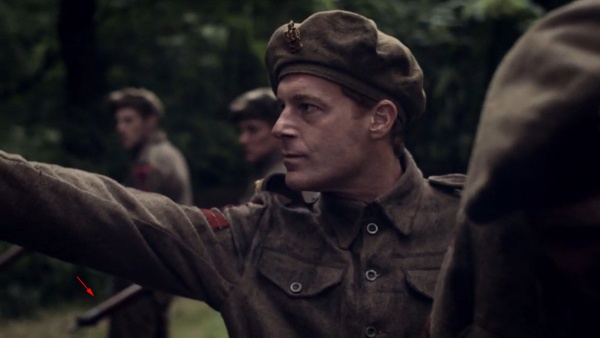 Barrels of No.4 Mk.I rifles are seen at the background.

A Sherman M4A2 tank under the command of Sidney Chambers is seen in WWII flashback scene in Ep.4. 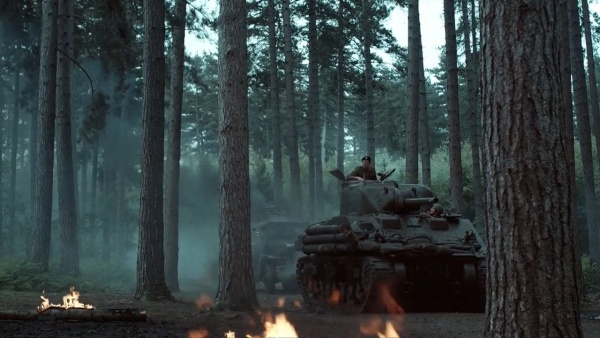 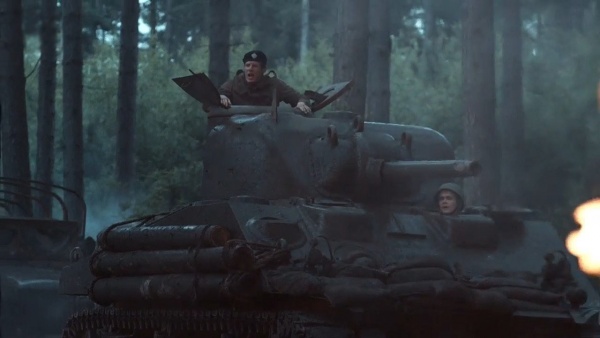