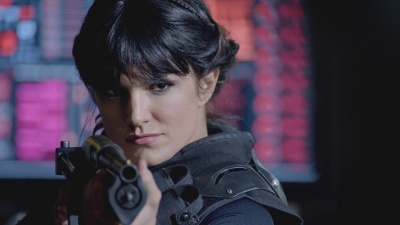 Gina Carano holds a Hawk 97-2 as Danica in the series Almost Human.