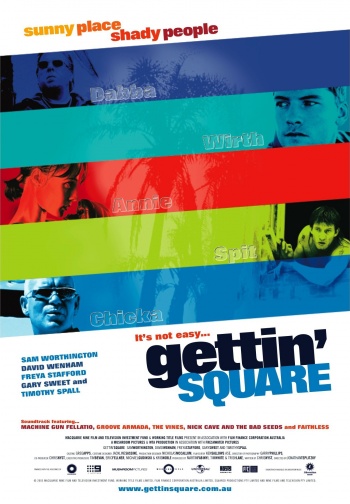 Several policemen carry the Glock 17. These appear to be second generation models. 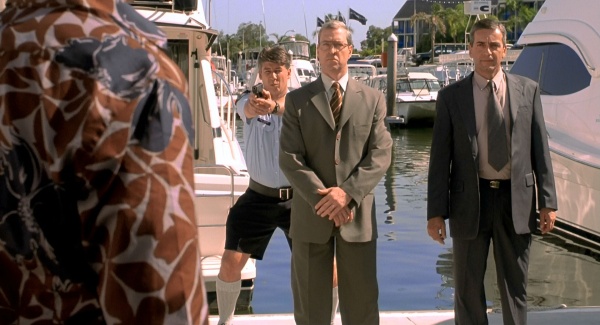 One of the policemen holding his Glock 17. 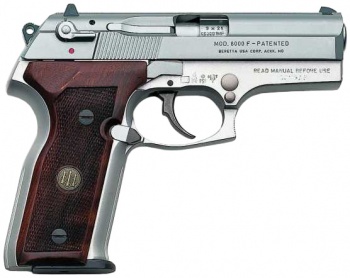 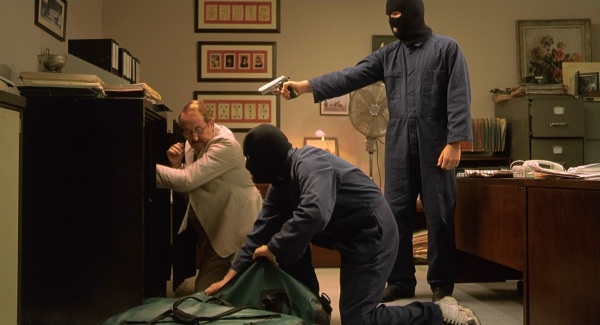 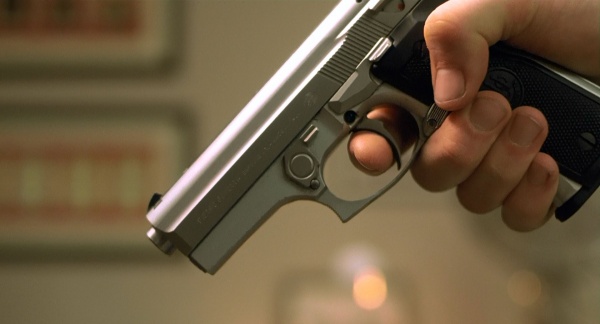 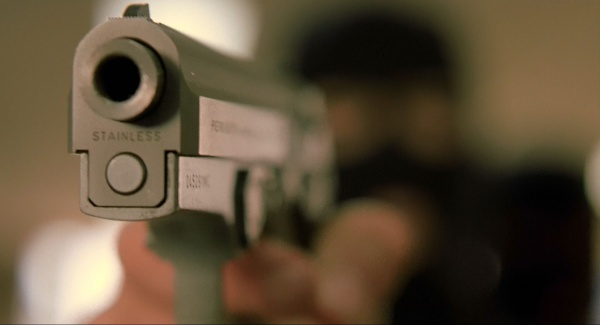 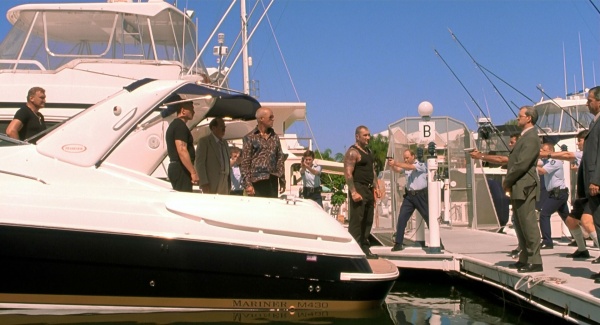 One of the policemen has a silver pistol. 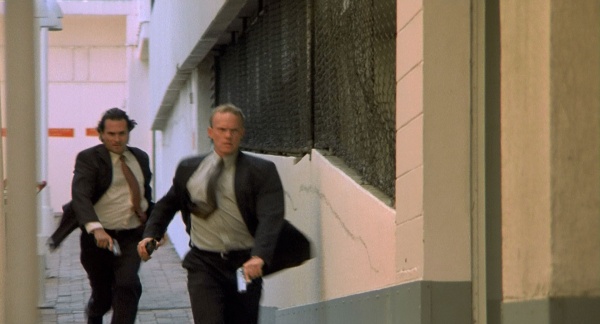 One of the hooded policemen carries a hammer-fired, full-sized semi-automatic pistol. It is never seen clearly or long enough to identify, but it looks like it could be a SIG-Sauer P226 or possibly a Heckler & Koch USP. 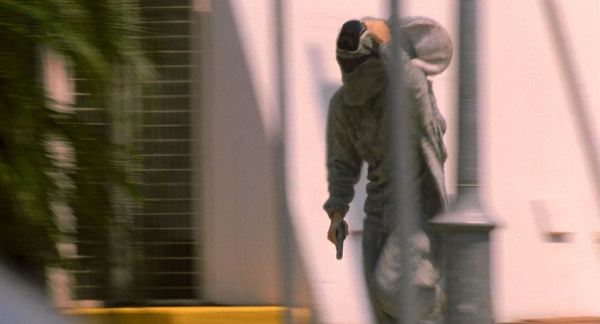 The running policeman in the coala costume has an unidentified pistol.

Dennis Obst (Gary Waddell) uses a Mossberg 590 with a heat shield during the heist.

Mossberg 590 - 12 Gauge. The Military version has a subdued matte finish, either matte blued or parkerized. 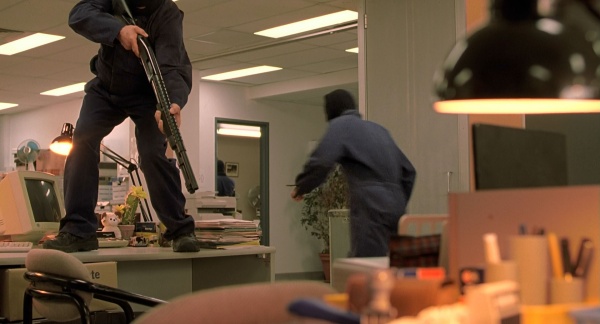 A Mossberg 590 with a heat shield is used during the heist. 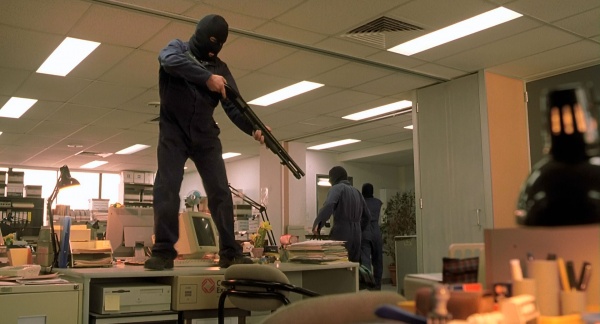 A Mossberg 590 with a heat shield is used during the heist.

Lenny Morrison (John Brumpton) uses a Franchi PA8, with the folding stock removed, during the heist. 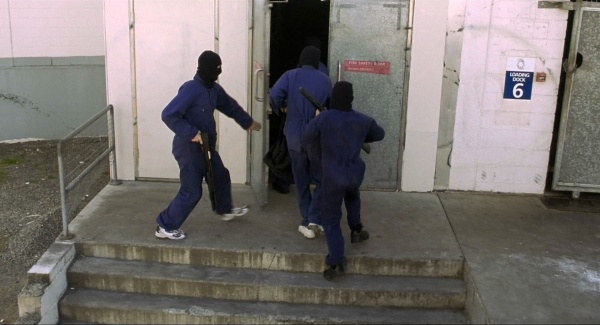 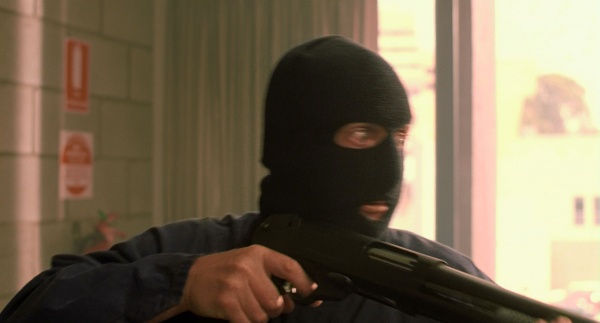 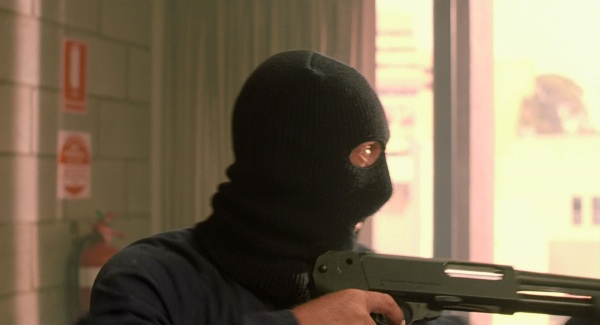 The police sniper has a rifle that appears to be a Remington 700PSS rifle. 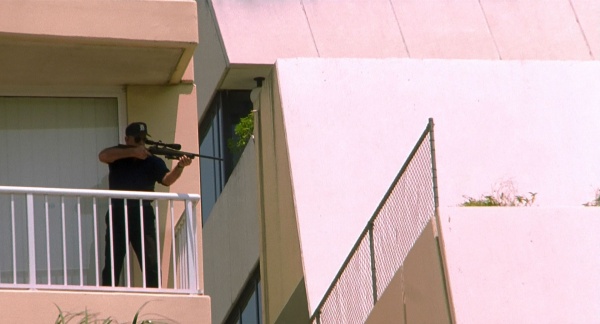 The police has an Armalite AR-10 in the coffee van. 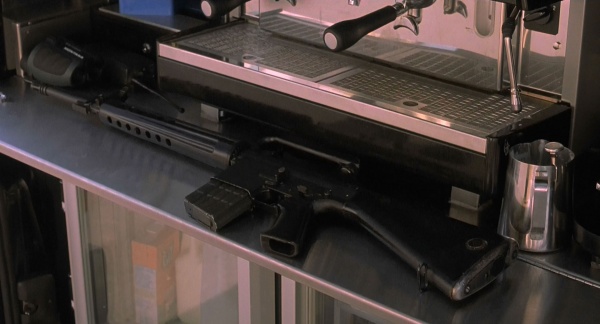 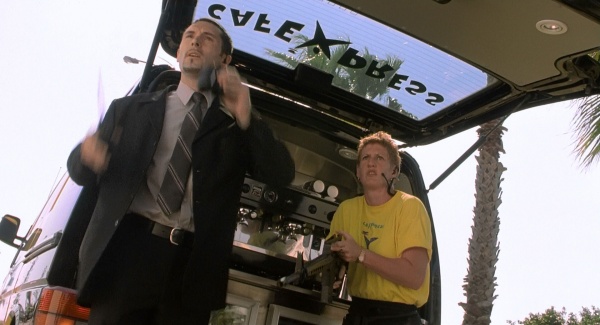 The police woman (Dion Wagensveld) grabs the AR-10 during the heist.
Retrieved from "https://www.imfdb.org/index.php?title=Gettin%27_Square&oldid=1439583"
Categories: