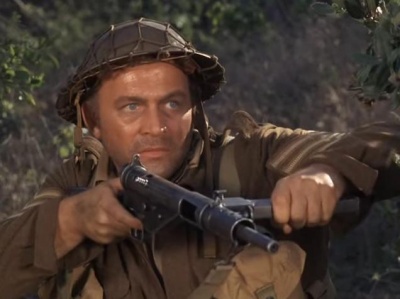 Gavin MacLeod with a Sten as Cpl. Tommy Behan in the Combat! episode "The Masquers."

Gavin MacLeod was an American actor, best known for his television roles as Murray Slaughter on the The Mary Tyler Moore Show and later as Captain Merrill Stubing on The Love Boat.