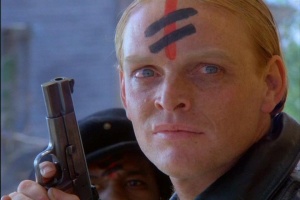 Gavan O'Herlihy (1951-2021) was an Irish actor whose brief and often forgotten role of elder brother Chuck Cunningham on the American sitcom Happy Days gave birth to the TV trope "Chuck Cunningham Syndrome," where a character is completely written out of the story, sometimes to the point of having never existed. He would later have roles in films such as Death Wish 3, Never Say Never Again and The Dirty Dozen: Next Mission. He was also the son of the late actor Dan O'Herlihy.