First invented by Charles-François Galand of France in 1868, the Galand revolver is easily noted by its unique lever-action break apart loading system. By pulling the trigger guard forward, the gun pulls open into three parts (frame, cylinder, barrel) and an automatic shell extractor pulls backwards, ejecting the spent shells. The gun can then be loaded and the lever is closed, locking the gun for firing. The gun is one of the first double-action guns, but the long, heavy trigger pull made it very inaccurate for practical use.

The Galand Revolver has been used in the following films 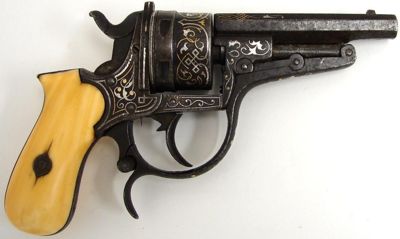 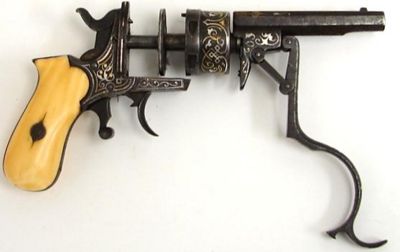 This picture shows the Galand's unique lever action, which pulls the gun into three parts for loading and unloading.