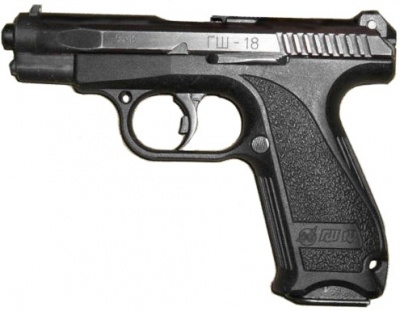 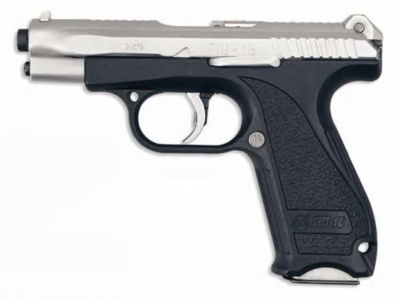 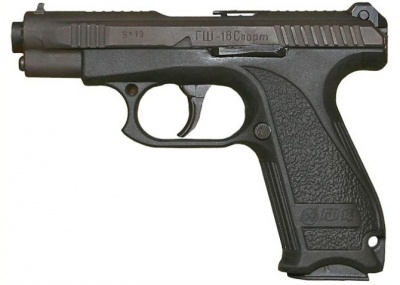 The GSh-18 is a Russian semi-automatic pistol developed by KBP Instrument Design Bureau in the 1990s and released in 2000. It was designed by Vassily P. Gryazev and Arkady G. Shipunov, KBP designers also known for their autocannons, like the Gryazev-Shipunov GSh-30. The GSh-18 is short-recoil operated and one of the few handguns that features a rotating barrel mechanism. The GSh-18 uses a safety dingus, similar to a Glock pistol, and due to the implementation details has an exceptionally poor trigger pull. The pistol is also designed to use a special variant of the 9x19mm round, designated 7N31 in the Russian military, which operates at much higher pressures than a standard 9x19mm round and is designed to offer armor piercing capability. While designed to use this specific ammo, it can fire standard 9x19mm ammo with no issues. Originally submitted as a replacement for the Makarov PM in Russian military service, it would lose out to the MP-443 Grach. Despite not being adopted as the standard service pistol, the GSh-18 currently sees limited use among Russian military and police forces.

The GSh-18 pistol appears in the following: