Frontier (original title Aerograd ("Air City")) is a Soviet 1935 B&W drama, directed by Aleksandr Dovzhenko. "Aerograd" is the name of a new Soviet outpost on Pacific coast near the mouth of Amur river. Japanese saboteurs try to raise rebellion of local religious sect, but a group of former Red Army soldiers, now peasants and hunters, stop these activities.

The following weapons were used in the film Frontier (Aerograd): 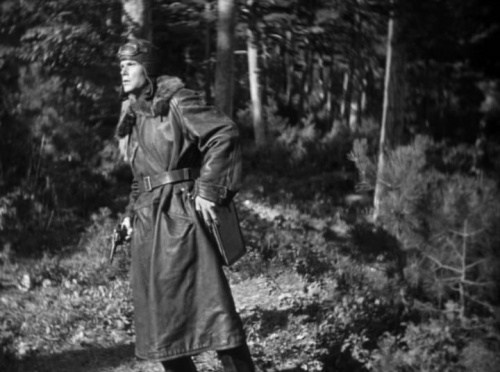 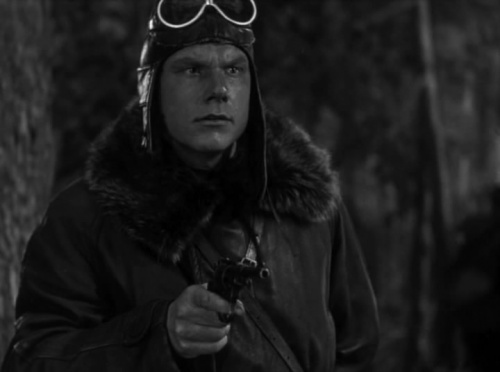 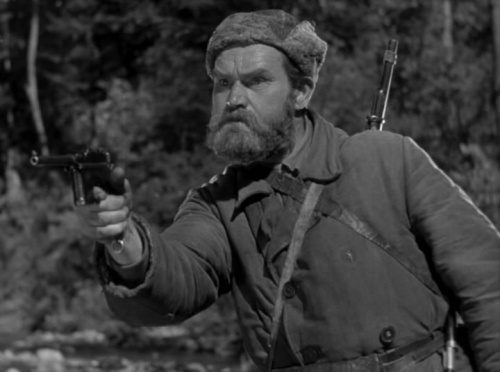 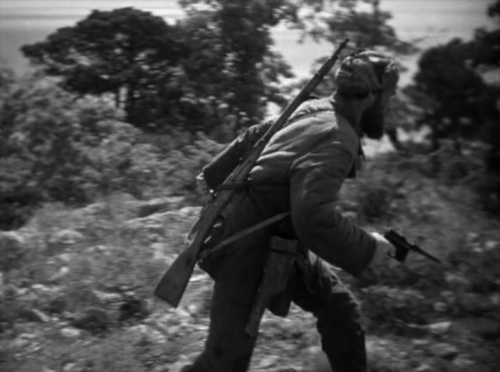 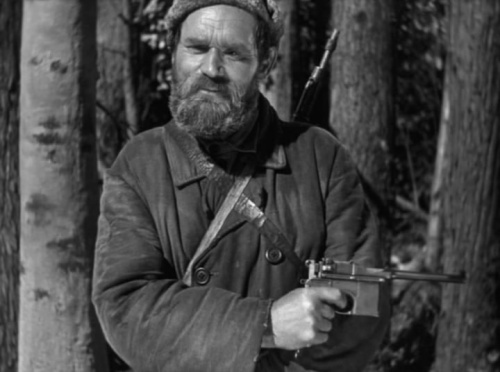 A side view of the Mauser C96. 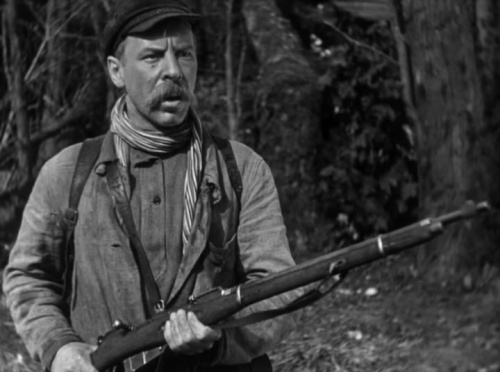 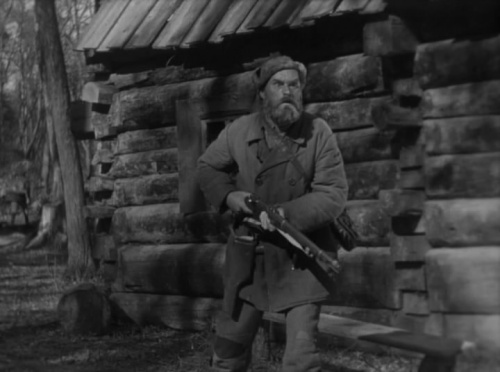 Stepan in a shootout with sectants. 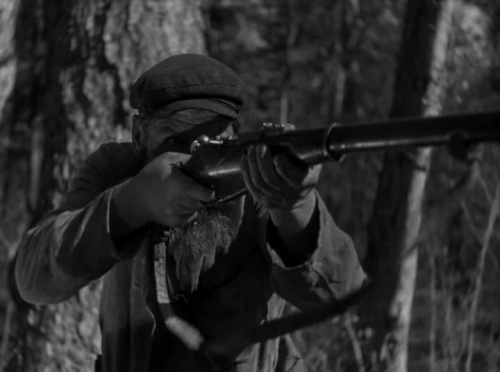 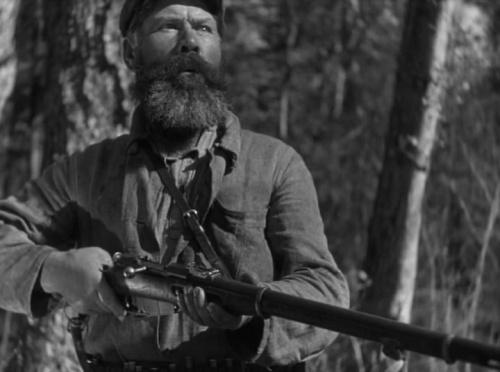 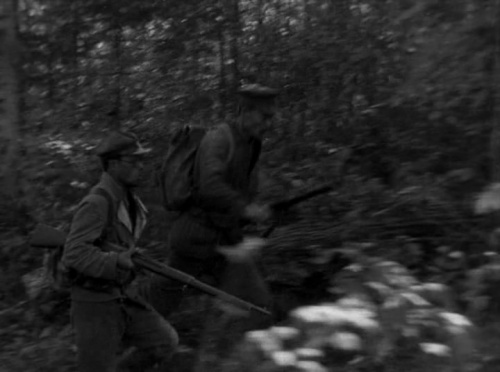 A pair of Japanese saboteurs ((Leonid Kan) and (I. Kim)), armed with Arisaka rifles, are making their way through the taiga. 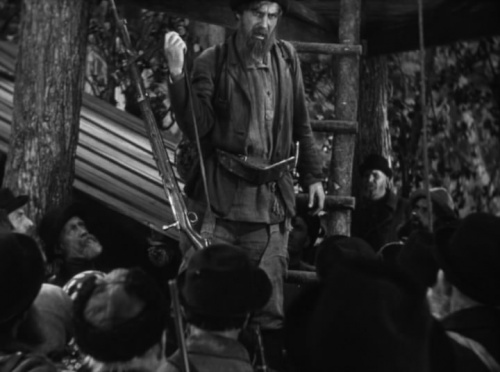 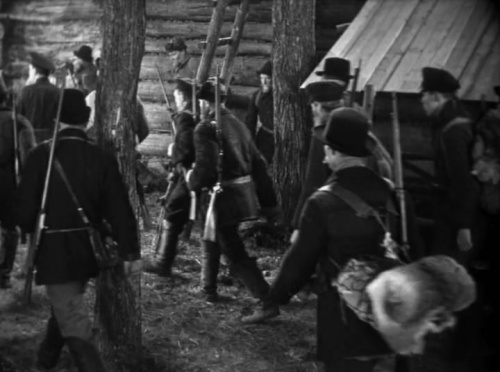 Most of the sectants carry Arisaka rifles. 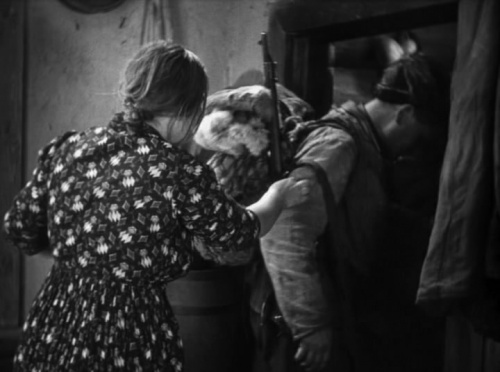 A hunter goes to taiga, carrying a Winchester 1895. 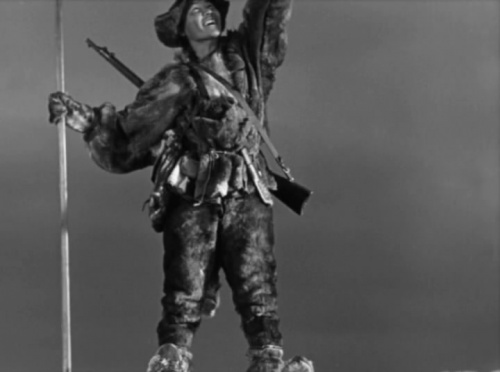 A local young hunter (Nikon Tabunasov) greets the airplane. He carries a Winchester 1895. 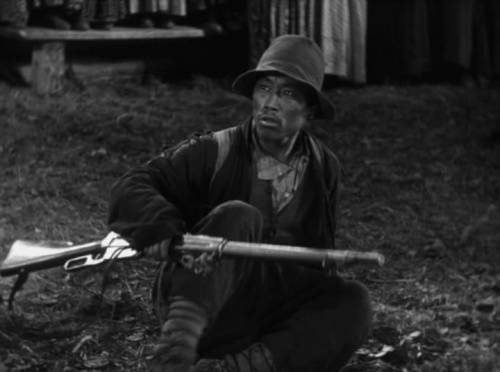 One of the sectants carries what appears to be a Vetterli Rifle. 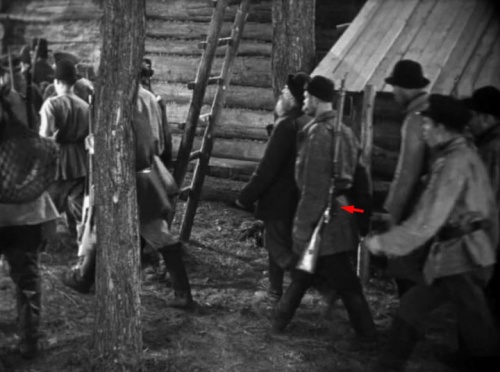 A native hunter carries what appears a Winchester Model 1866. 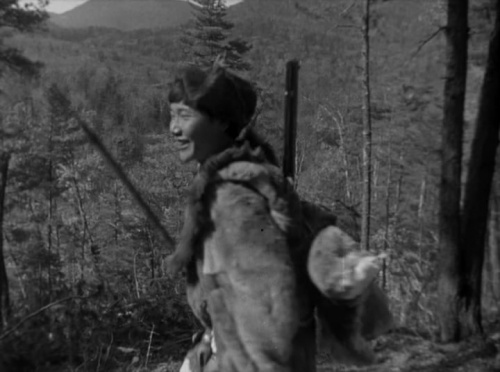 In one scene Aniky Shabanov (Boris Dobronravov) holds a hunting gun that is possibly a converted Vetterli Rifle. 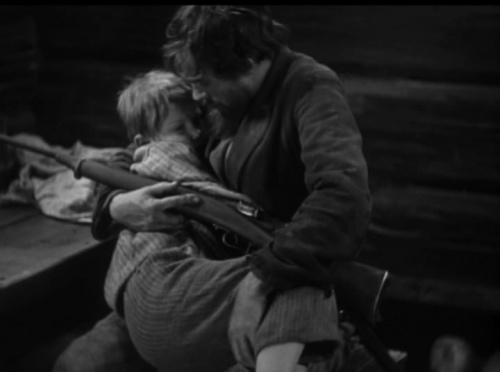 Shabanov with his son and a gun. Note the Vetterli style shape of trigger guard. 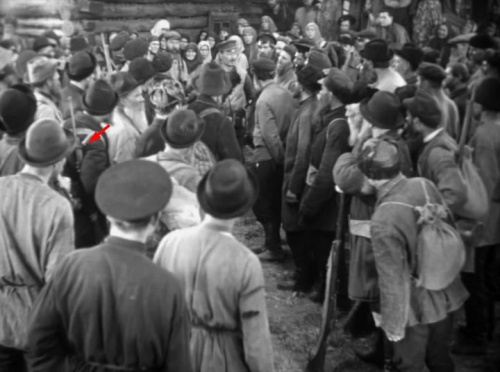 Same looking gun is carried by one of the sectants.
Retrieved from "https://www.imfdb.org/index.php?title=Frontier_(Aerograd)&oldid=1361889"
Categories: