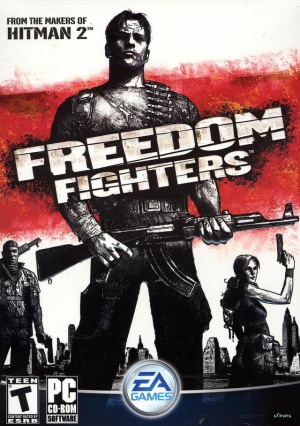 Freedom Fighters is a 2003 third-person shooter video game. The player controls Chris Stone, a plumber who becomes a member of the US resistance and helps fight back the invasion of the Red Army. It was developed by the Danish IO Interactive, creators of the Hitman franchise, Kane & Lynch: Dead Men and its sequel Dog Days.

The following weapons appear in the game Freedom Fighters:

The Beretta 92FS is used by both NYPD in the first level, some of the rebels and by Soviet guards and soldiers as their standard sidearm. The one in the game has a 17-round magazine. Referred to as "Handgun". 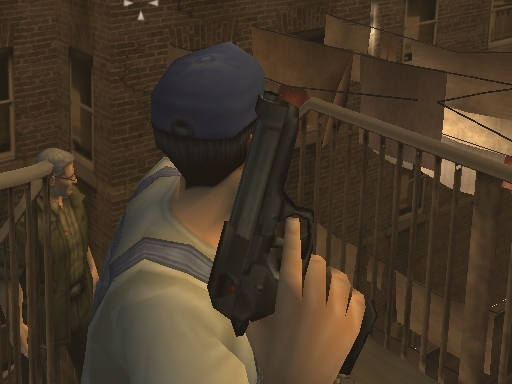 Chris holding the Beretta 92FS during the prologue of the game. 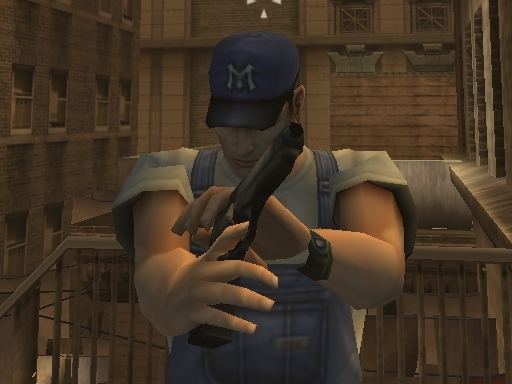 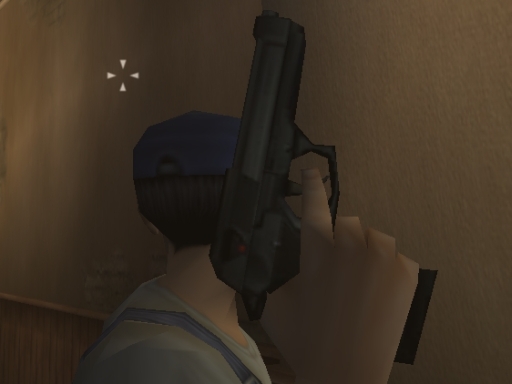 A closer look on the Beretta 92FS.

The Colt Python is used by the rebels as their sidearm. Called "Revolver" in the game. More powerful than the "Handgun", but holds only six bullets. 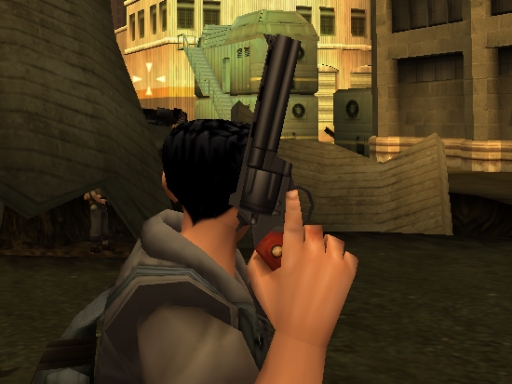 The Python in Christopher's hand. 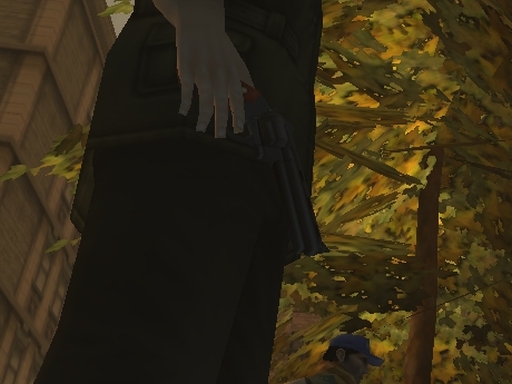 The Franchi SPAS-12 is used often by the rebels and by the Soviet sergeants. It appears without the folding stock and in semi-automatic mode. Called "Shotgun" in the game. 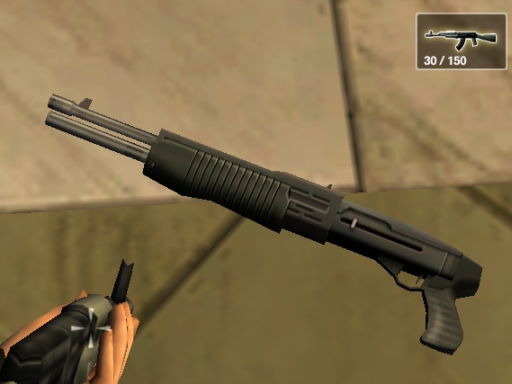 The SPAS-12 on the ground at the police station. 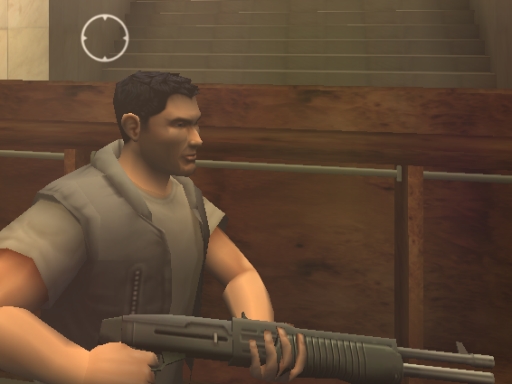 The Assault Rifle in-game is based on the AK-103. It is the most common weapon in the game and is used by most Soviet soldiers and by many of the rebels. Referred to as "Assault Rifle". 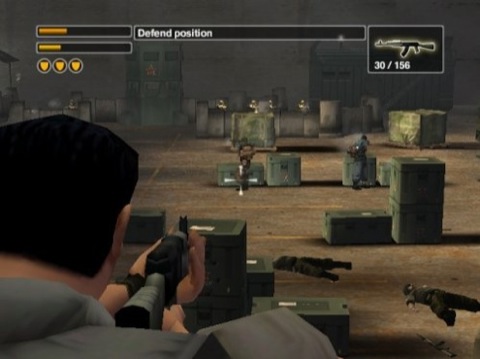 Chris aiming the Kalashnikov at the Russians. 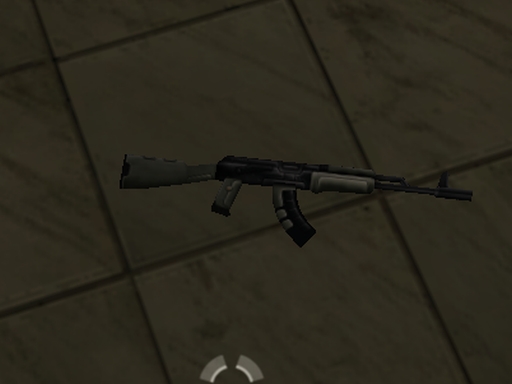 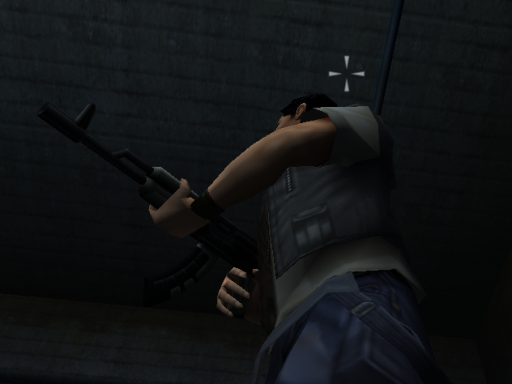 Another picture of the AK-103.

The Izhmash PP-19 Bizon is used by the Soviet commandos and Black Ops operatives in game and by some of the rebels. Unlike the real life version, the magazine holds only 40 rounds, while the real one has a 64, 53 or 45 round (depending on caliber) helical magazine. Called "Submachine gun" in the game and strangely has better stopping power than the AK. 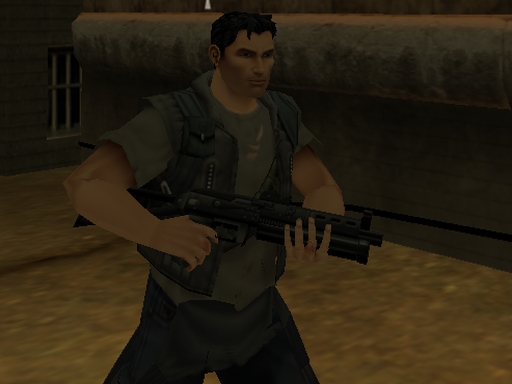 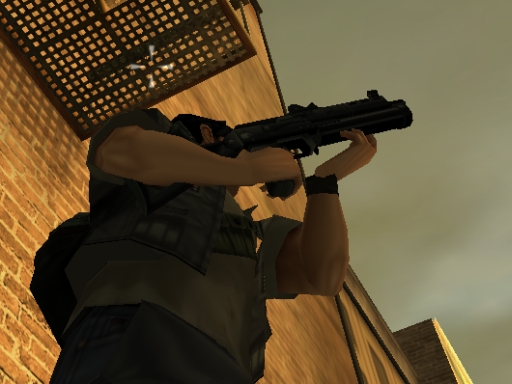 Reloading animation of the same weapon.

The SVD Dragunov is used by Soviet snipers in the game. Unlike in real life, its magazines hold only 7 rounds. Referred to as "Sniper Rifle". 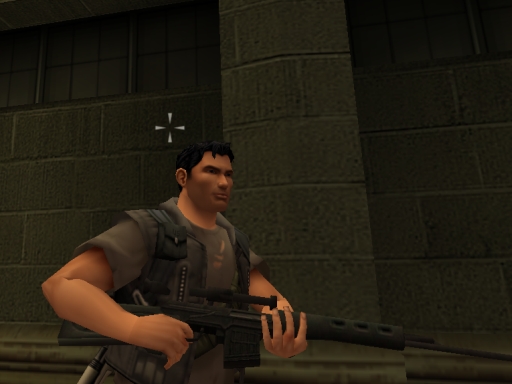 Chris holding the Dragunov during the Hotel level. 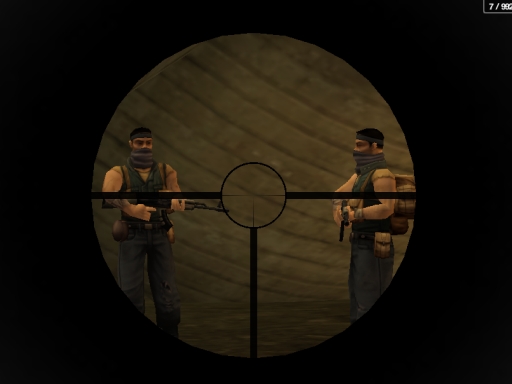 Reticule of the SVD, looking nothing like the real PSO-1 scope. 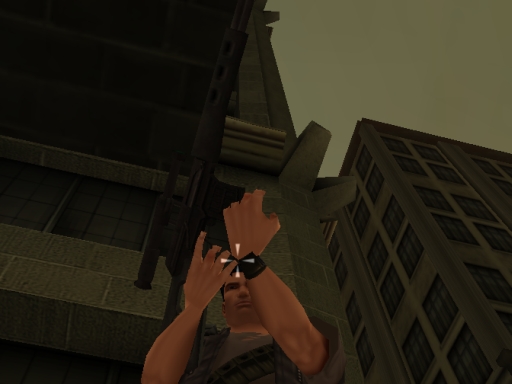 Reloading animation of the sniper rifle.

The PKM GPMG is used by the large armored Soviet soldiers and is also used in the machine gun turrets. Unlike the real life weapon it is fed from 300 round belt-boxes. Called "Heavy Machine Gun" in the game. 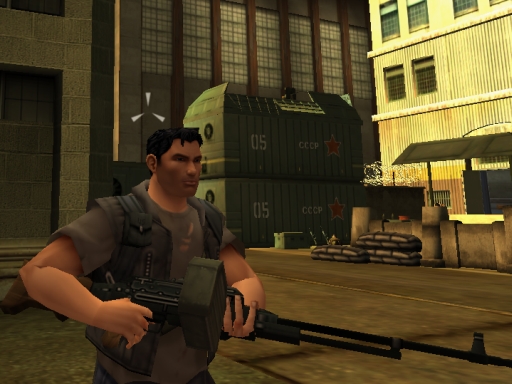 The PKM in the player's hands. 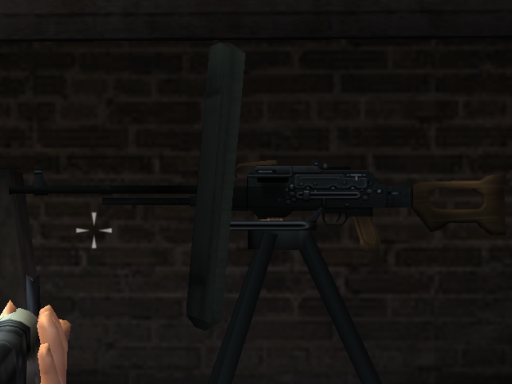 The PKM as a mounted weapon. 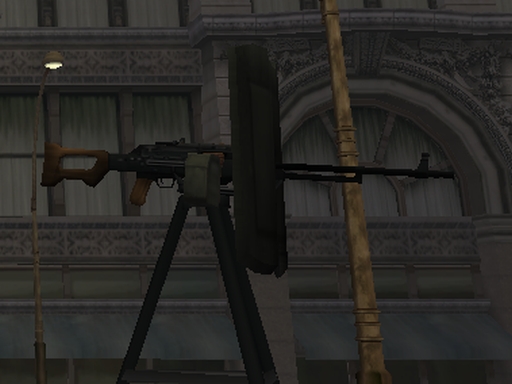 Another shot of the mounted LMG.

The RPG-7 is used by a few of the Soviet soldiers. It is the only weapon that can destroy armored vehicles. 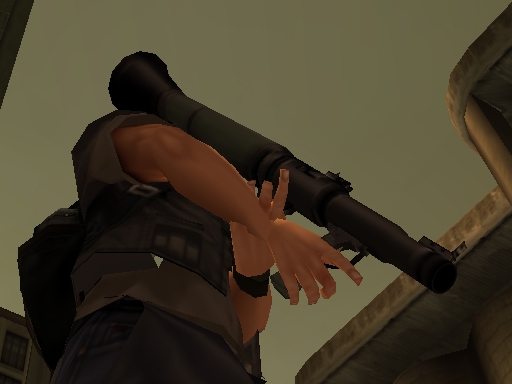 The RPG on Chris' shoulder. 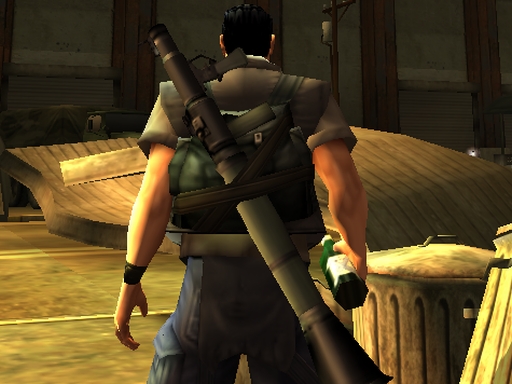 The RPG on Chris' back.

Russian-made RGO fragmentation grenades are used by the both Soviet soldiers and rebels. 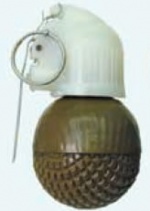 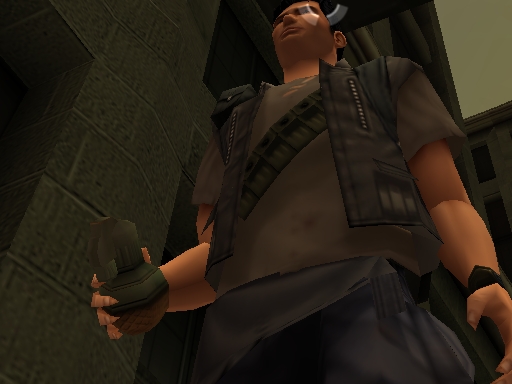 An RGO frag grenade in the player's hand.

Chris is holding a Type I AK-47 on the cover of the game.