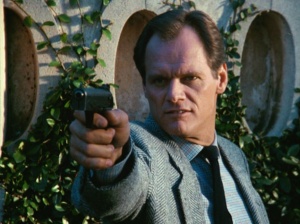 John Frederick "Fred" Dryer is an American actor and athlete who played for 13 seasons in the National Football League before beginning his acting career. He is best known for his role as Det. Rick Hunter in the long-running series Hunter.