In Search of Truth (V poiskah istiny, Uzbek title Haqiqatni izlab) is the second film of Soviet Uzbek TV series Fiery Roads (Ognennye dorogi) (filmed in 1978, released in 1979). It depicts the life of Hamza Hakimzade Niyazi in his native Kokand in 1910s, and his joining to revolutionary struggle.

The following weapons were used in Season 2 of the television series Fiery Roads (Ognennye dorogi):

Nagant M1895 revolvers are seen in hands of Russian Army and Police officers. Both pre- and post-1930 versions are seen. 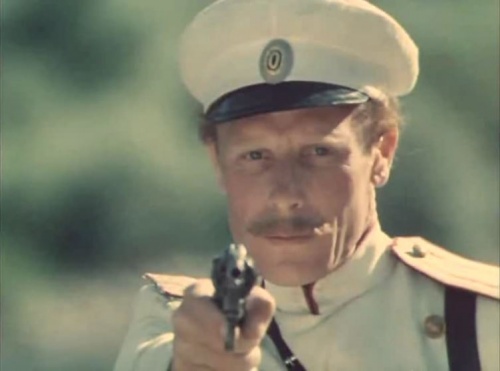 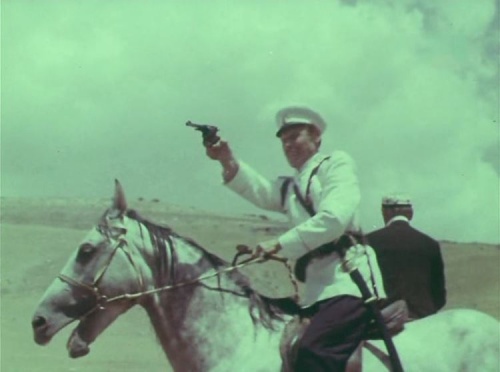 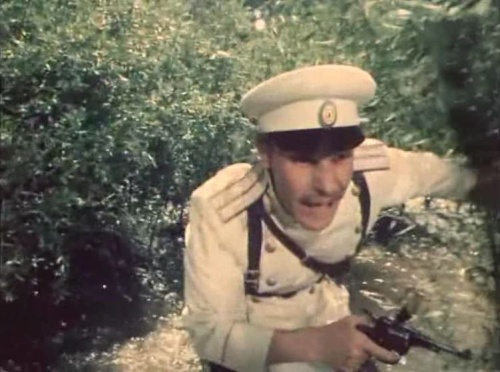 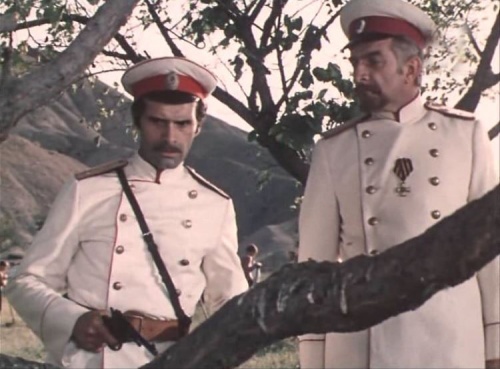 Poruchik (Lt.) Nikolay Nikolaevich (Valeriy Margulis) (at the left) holds a Nagant during the execution of rebelled soldiers of his unit (Ep.7). 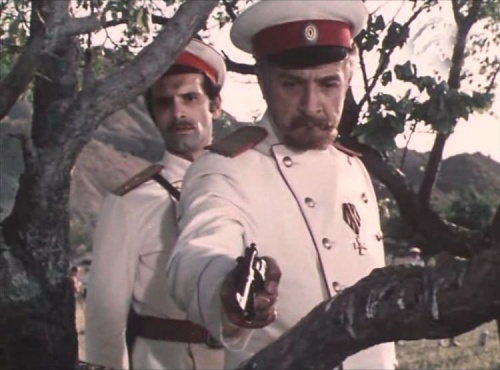 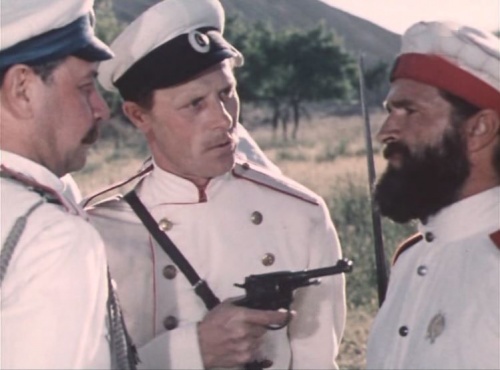 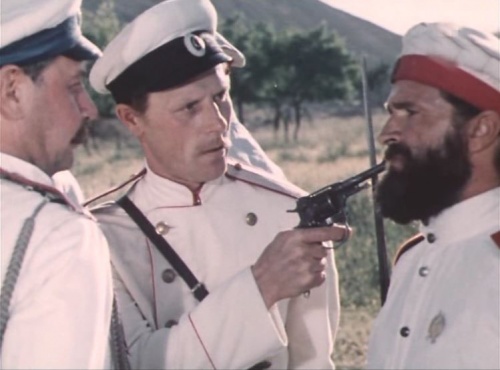 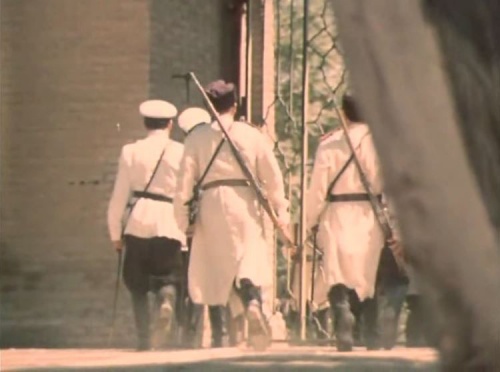 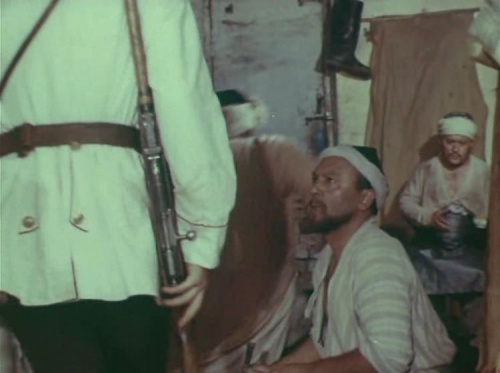 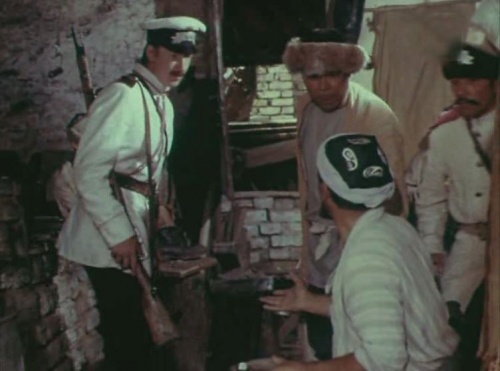 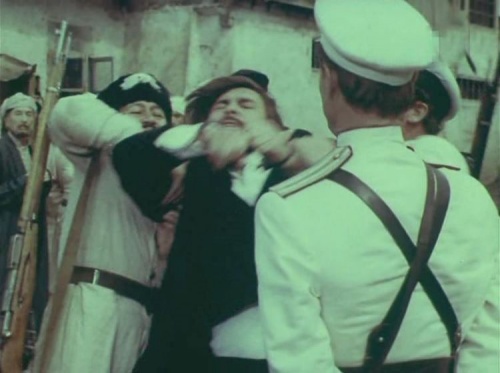 Police personnel carry rifles during the hunt for distributors of revolutionary leaflets (Ep.6). 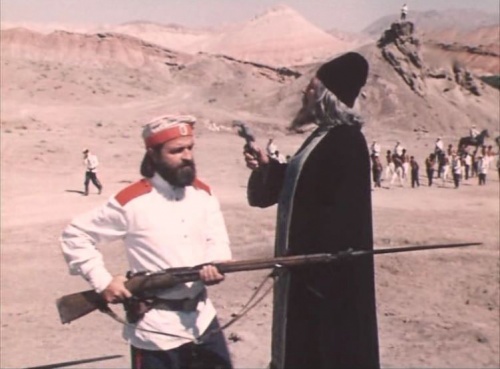 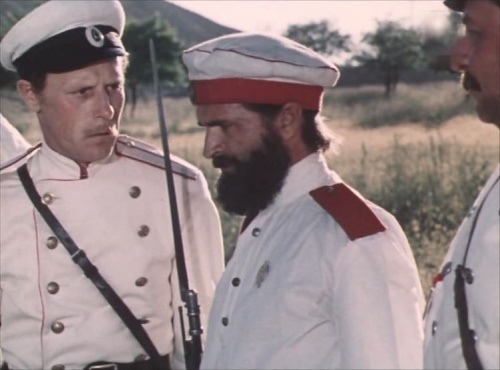 A close view of bayonet. 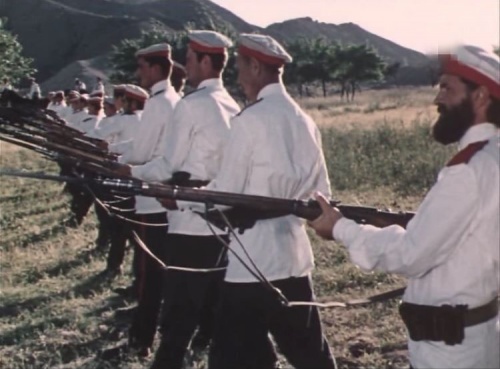 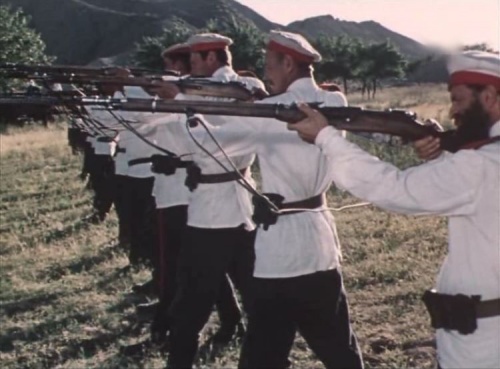 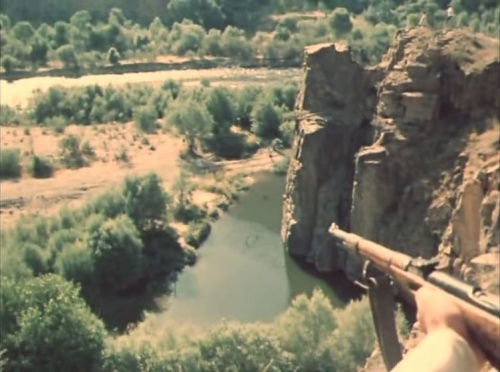 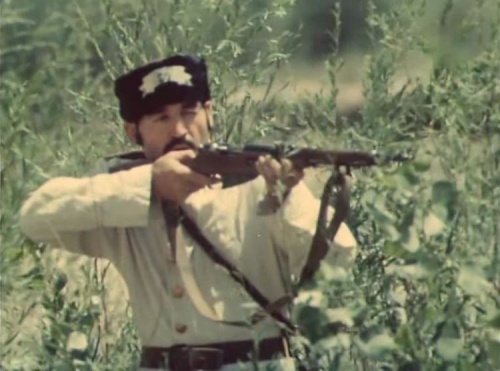 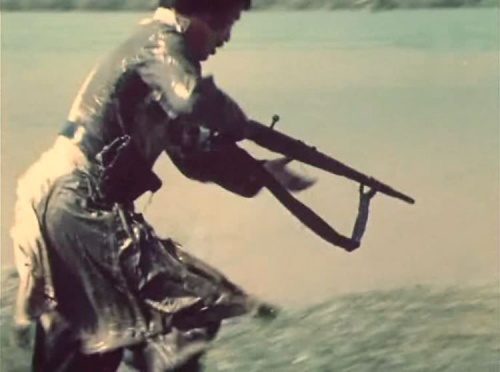 Police use M38 Carbines while dispersing revolutionary workers of Kokand during the illegal meeting. 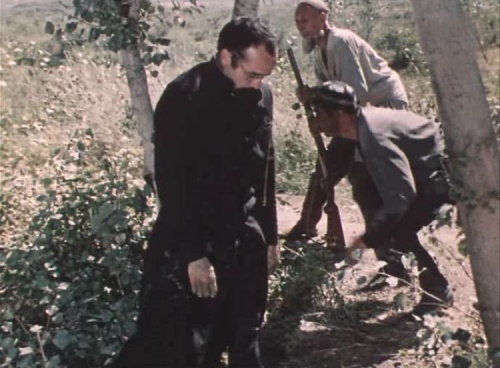 The miller holds the shotgun at the background. 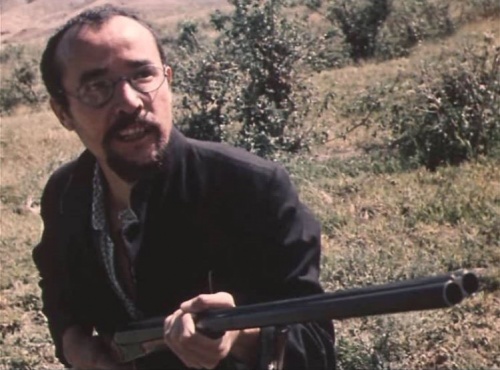 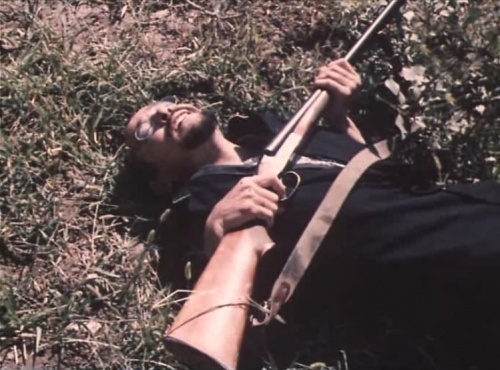 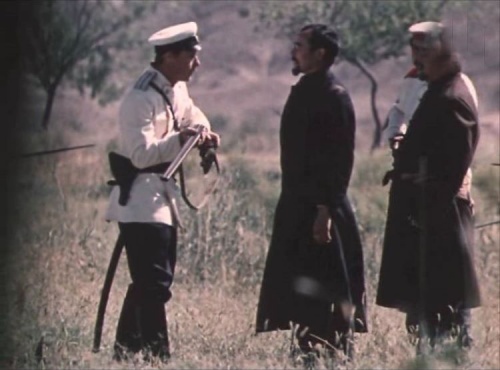 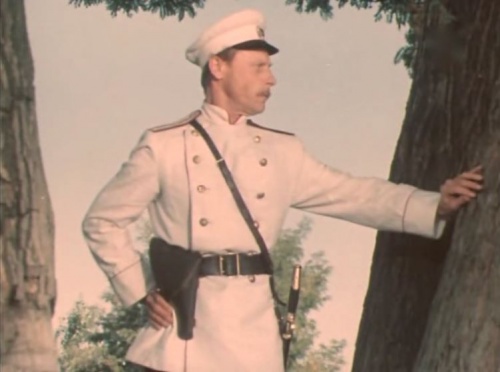