The following firearms were used in the 2002 film Extreme Ops 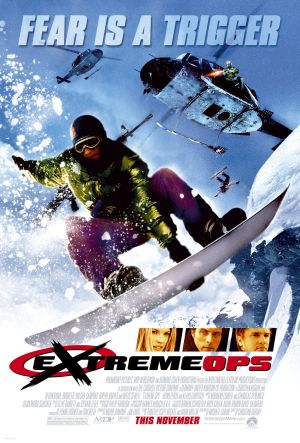 The terrorists and their war-criminal leader Pavlov (Klaus Löwitsch) use the Beretta 92FS throughout the film.

Slavko with the Maverick 88

Pavlov fires from the Helicopter.

One of Pavlov's terrorists Ratko (Detlef Bothe) use a MPi KMS-72 in the film ineffectively.

Pavlov grabs a Micro Uzi from the hands of one of his incompetent goons Goran (Heinrich Schmieder). Using it to blast apart Kittie's snowboard.

Goran fires at the stuntmen one handed.